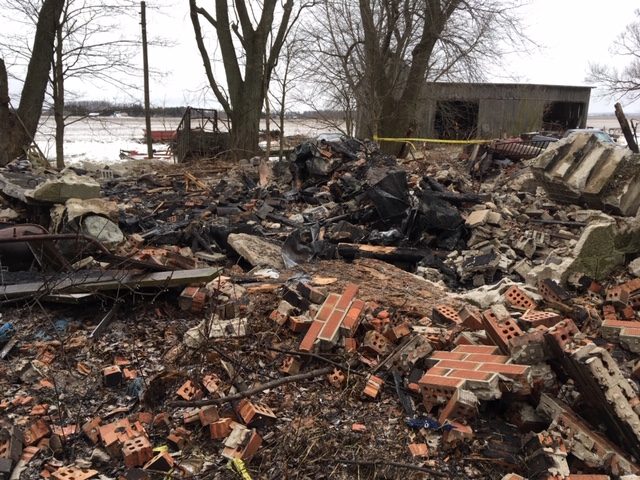 WELLINGTON NORTH – A suspicious fire destroyed a house on the 5th Line east of Arthur just four days before Christmas, causing an estimated $250,000 in damages.

Wellington North Fire Chief Dave Guilbault said the call came in at around 9:30pm on Dec. 21.

When Guilbault arrived on the scene, between Wellington Road 109 and Sideroad 25, the one-and-a-half storey house was “fully involved and there was partial collapse.”

A total of 34 firefighters responded to the call, extinguishing the fire with tanker support.

Teams from the Arthur and Mount Forest fire stations were assisted by firefighters from Grand Valley and Fergus.

The house was vacant when firefighters arrived and no one was injured fighting the fire.

When fire crews left the scene in the early hours of Dec. 22, the house was fully collapsed.

Fire officials suspect arson caused the blaze, he added, noting the Wellington North fire investigator was on the scene, along with the OPP.

“Police are treating it as a crime scene,” Guilbault said.