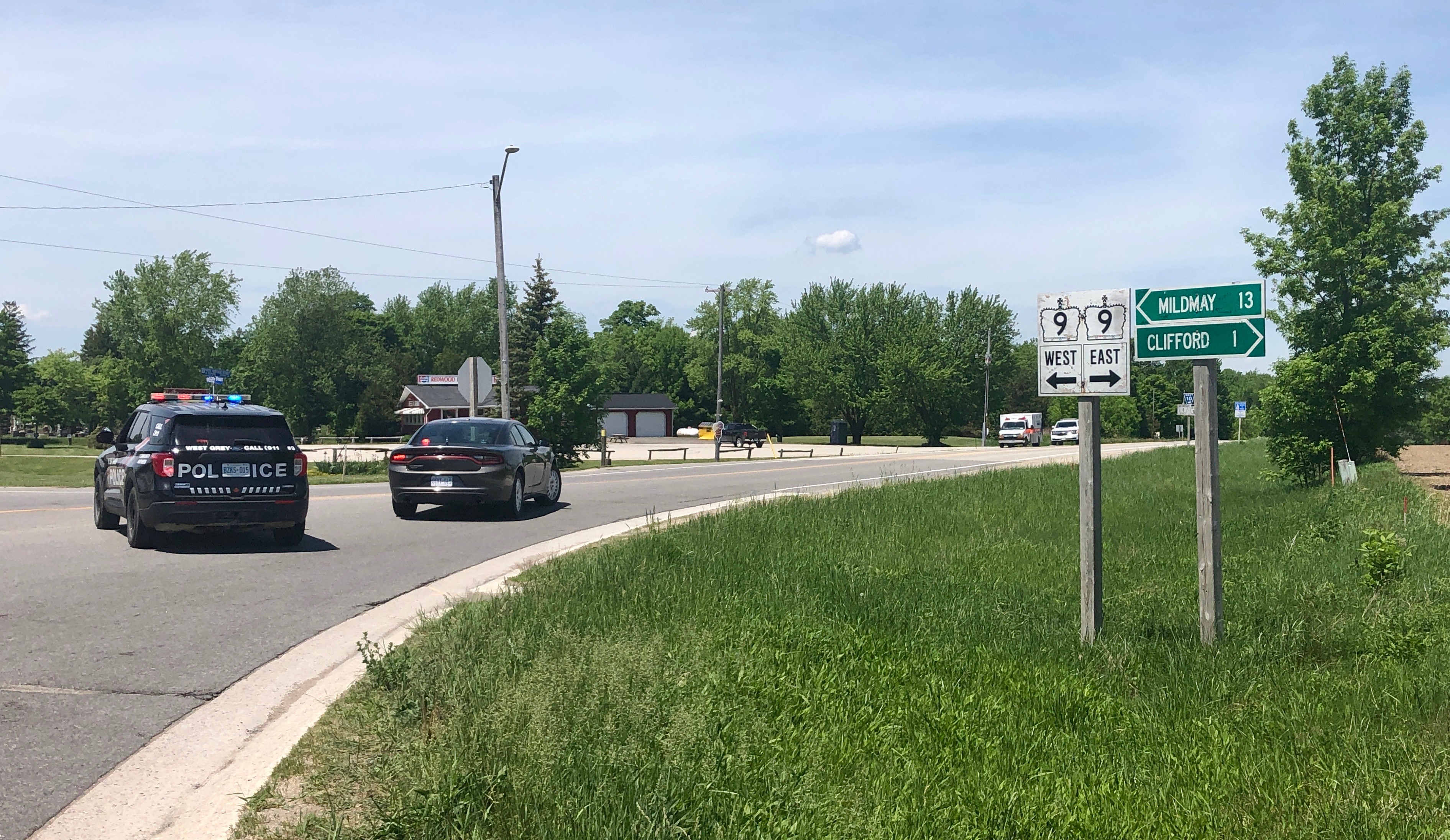 CLIFFORD – A heavy equipment theft in Brant Township ended with the arrest of a Brockton man near here on June 5.

South Bruce OPP received a report that a payloader had been taken from an address in Brant Township on June 5 around 11:29am.

South Bruce OPP officers located the loader in Carrick Township, being driven in an erratic manner.

Police say officers set up road blocks and containment in the interests of maintaining public safety.

South Bruce OPP report the payloader was operated on public roads, private property and across farmers’ fields before it was finally stopped along Grey County Road 10 in Normanby Township.

A 19-year-old Brockton resident was taken into custody and the investigation is continuing.

Roadblocks in the area ended shortly after 2pm, but police remained in the area for follow-up investigation for some time after that.

Anyone whose property was damaged or who had a “near miss” with the payloader, or anyone with information that may assist investigators, is asked call the South Bruce OPP detachment at 1-888-310-1122.