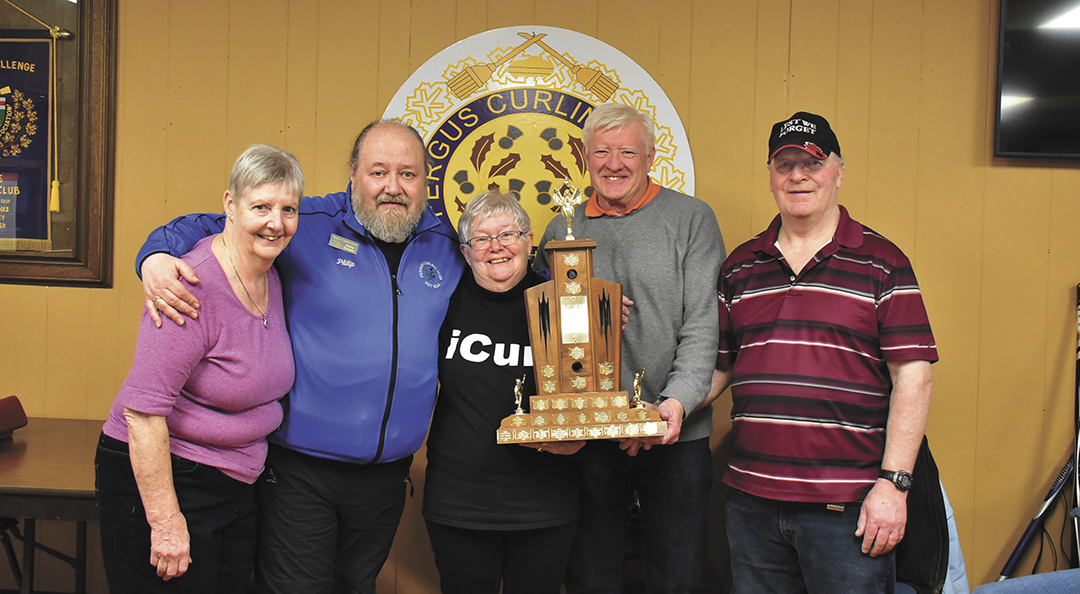 An end to an era - For 35 years Chris Taylor (at left) has run an in-club bonspiel in memory of her late husband Bill. At the bonspiel on April 6 she announced that she was retiring from this duty. In those years she has raised about $30,000.00 for the Lung Association. At this last bonspiel she was surrounded by family and many friends who have dedicated many hours to making this bonspiel a success. As a highlight of this, bonspiel players were encouraged to bring their skates to “skate out” the ice, as all ice making equipment is turned off after another successful year at the Fergus Curling Club. The winners of the bonspiel were, left to right: Philip Chester skip, Joyce Giddings second, Douglas Russell lead and Greg Lustic vice. Photo by Bill Longshaw