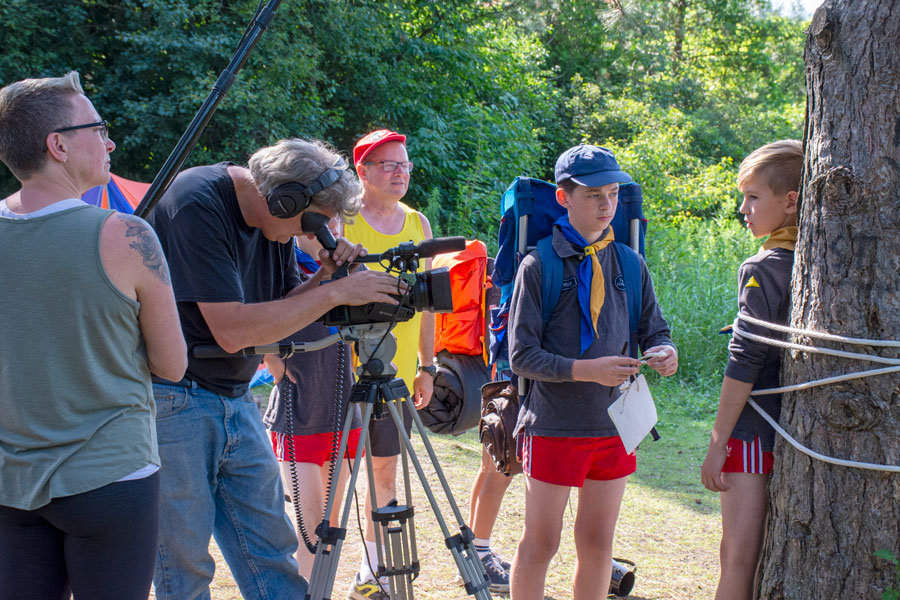 Writer, producer and director Sterling Johnston, has been making indie films for children for 35 years.

“Just like hockey you need to put thousands of hours in before anyone will consider you a professional,” Johnston told the Advertiser. 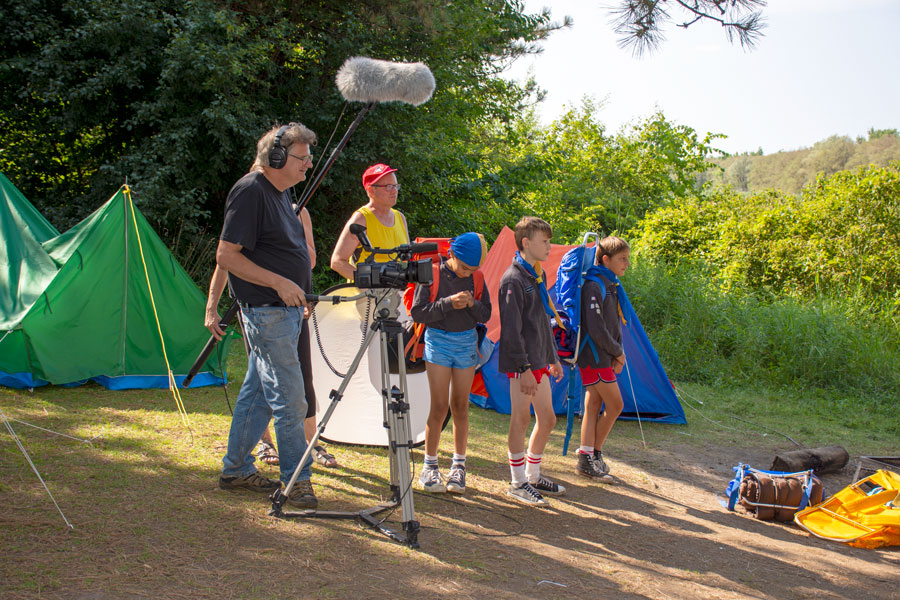 Like the actors in his films, the Alma resident is self-taught, having honed his craft through years of experience. His passion for filmmaking began in kindergarten with clay animation.

“I just made more and more movies, kind of learn as you go,” he said.

Johnston enjoys filming locally and highlighting  areas around the county.

“Mostly the Grand River, Belwood Lake, Guelph Lake; I stick to the ‘naturey’ films. We did the Christmas tree lot in Alma last winter,” he said.

“I have worked on other films in Toronto, on indie films, but I was more of a sound recorder, camera guy or cinematographer. It was all kind of boring for me. I like to be the guy in charge of it,” he said.

All Sterling Productions films are made possible by donations, with all funding going towards equipment, space rental and other production needs.

Crew members and actors volunteer as a way to gain more experience and learn.

The target for Zombie Warriors is $2,500. Currently the cast and crew has raised approximately $1,200.

“We just cut back from stuff we could do with this one, because we didn’t have the money to do everything we wanted to do,” Johnston said. “That’s the way it goes; you still make it though.”

Four crew members, including Johnston, and nine actors aged 10 to 16 worked on Zombie Warriors, with parents on site to help supervise.

Set in 1982, the film follows a group of Boy Scouts backpacking to summer camp, when the camp gets invaded by zombies.

Luca Zadro, 10, of Fergus, plays a camper who gets bitten by a zombie.

“This is like really my first time doing this kind of thing and it’s been really fun,” Zadro said.

His previous acting experience was limited to school plays, he said, and working on the film he taught him a lot about filmmaking.

“I have learned there are a lot of takes, because you need the exact right take,” Zadro said. “If there is something in the water and then a kayaker goes by you have to redo that … you have to expect a lot of redoing stuff.”

Currently in post production, Zombie Warriors is likely to be completed by Halloween,” Zadro said. .

“We are going to rent either Elora Gorge Cinema or the Grand Theatre and show it there and it will be available on DVD and then in  about a year to two years it will be on YouTube,” he said.