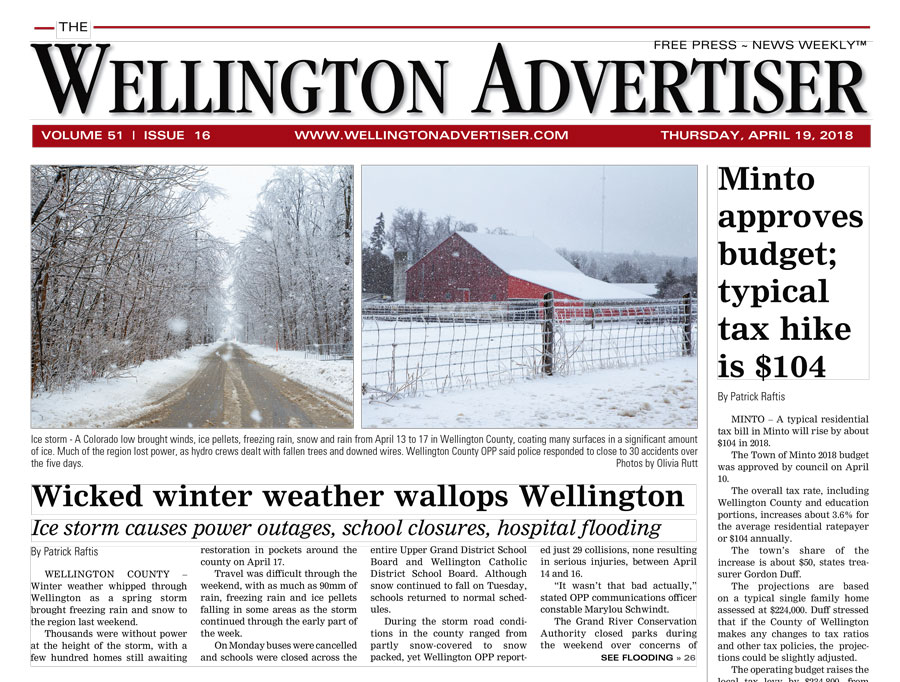 FERGUS – The Wellington Advertiser has once again been recognized by News Media Canada.

Last week the paper was notified it won three of the association’s Canadian Community Newspaper Awards.

The Advertiser won the 2019 General Excellence award for Best Editorial Page (circulation over 25,000) for the second time in two years. This time, the paper topped Kamloops This Week and North Shore News from Vancouver.

“That the strength of our readership has been recognized two years in a row is a real honour,” said Advertiser publisher Dave Adsett.

“Readership isn’t something that just happens. Our commitment to quality journalism and engagement with readers will continue for years to come,” he added.

The paper also took first place for the 2019 Best Local Editorial (circulation 12,500 and over) for the editorial titled “Town actions an affront to democracy” written by Advertiser editor Chris Daponte.

In the editorial Daponte voiced the paper’s frustrations with members of the Erin council and staff for their lack of transparency and suspected subterfuge.

“It’s never easy taking exception to practices of otherwise good people, so I’m proud of our editor for sticking to his guns and laying this issue out for what it is. Hiding information and failing to be honest with residents is a sign of a local government with significant problems,” said Adsett.

“I’m proud of our journalists here at the Advertiser. The passion they bring to their craft shows every week and it is gratifying when colleagues and judges recognize their excellence,” said Adsett.