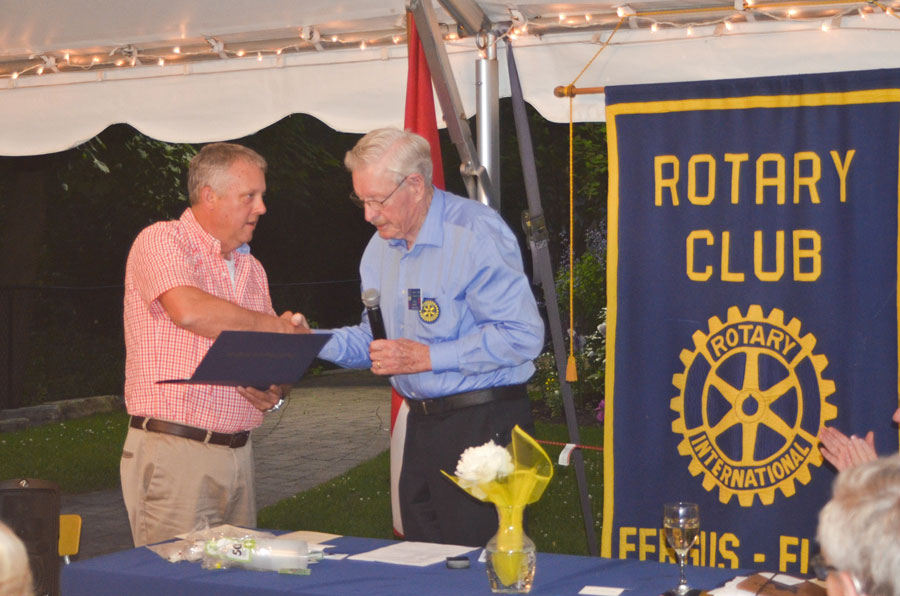 The Rotary Club of Fergus-Elora made a donation of $1,000 U.S. to the foundation to express its appreciation for Adsett’s contributions to the community.

“Adsett served as the  last reeve of Eramosa Township and was the first mayor of Guelph-Eramosa,” Rotarian Jim Gibbons wrote in a letter to the newspaper.

“He was voted to warden of Wellington County in 2003 and worked hard for the betterment of all the municipalities.”

Gibbons said Adsett’s other contributions include his support of Groves Memorial Community Hospital and the Catch the Ace fundraiser.

“But most of all he has succeeded where other newspapers have failed in making the Wellington Advertiser a valuable community newspaper keeping the citizens of Wellington County well informed,” said Gibbons.

Adsett said he is honoured to receive the Paul Harris Fellowship, one of the highest honours Rotary can bestow upon a person.

“It was a pleasant surprise being honoured by our local Rotary club with such a prestigious award,” said Adsett. “Being recognized by community leaders means a lot and I appreciate it very much.”

The Paul Harris Fellowship is awarded to Rotarians and community professionals in recognition of contributions that exemplify the highest ideal in Rotary: “service above self.”