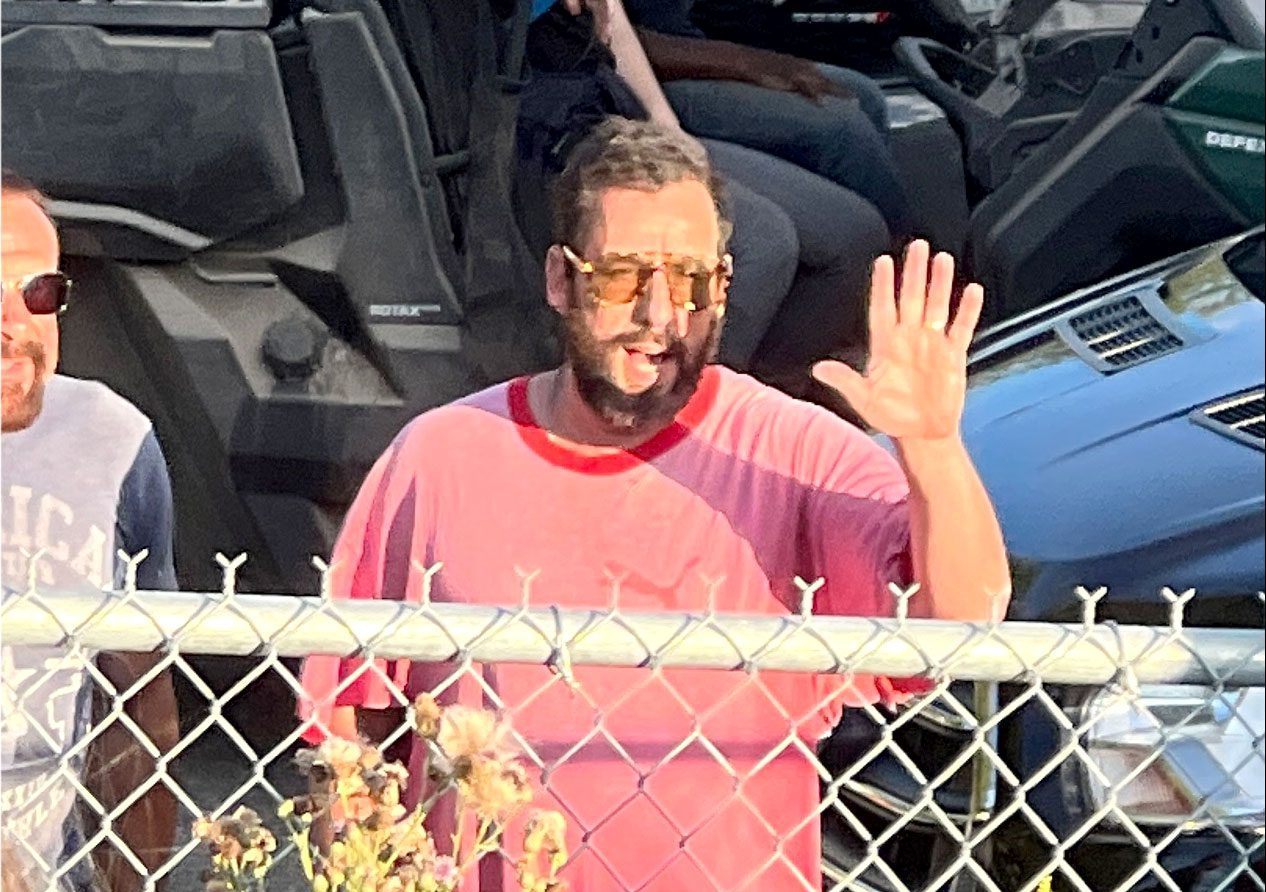 Actor Adam Sandler waves to fans outside the Elora Quarry on July 26. Sandler was in town filming 'You Are SO Not Invited to My Bat Mitzvah!'
Photo by Erin Holmes.

ELORA – Actor Adam Sandler caused quite a stir on social media and drew crowds to Elora during a short-lived visit.

He made several appearances in the Guelph-Wellington area over the course of a few days while filming the Netflix movie You Are SO Not Invited to My Bat Mitzvah! at the Elora Quarry Conservation Area.

The Happy Gilmore star was spotted at various locations in Elora, including Bissell Park and the Elora Mill, as well as in Guelph at Milestones restaurant on Sunday and Monday evening, where he stopped to take photos with fans.

Sandler is set to star in You Are SO Not Invited to My Bat Mitzvah! alongside his wife, Jackie Sandler, and children Sadie and Sunny, as well as Idina Menzel and Luis Guzmán.

A release date for the film has not yet been announced.

The Advertiser contacted officials from Centre Wellington and the Grand River Conservation Authority (GRCA) for more information several times but they offered no details on the movie or the film set.

The GRCA would confirm only that the Elora Quarry was closed for a private booking from July 22 to 27.

Filming wrapped up on July 26 and sets and equipment were removed by the following day.