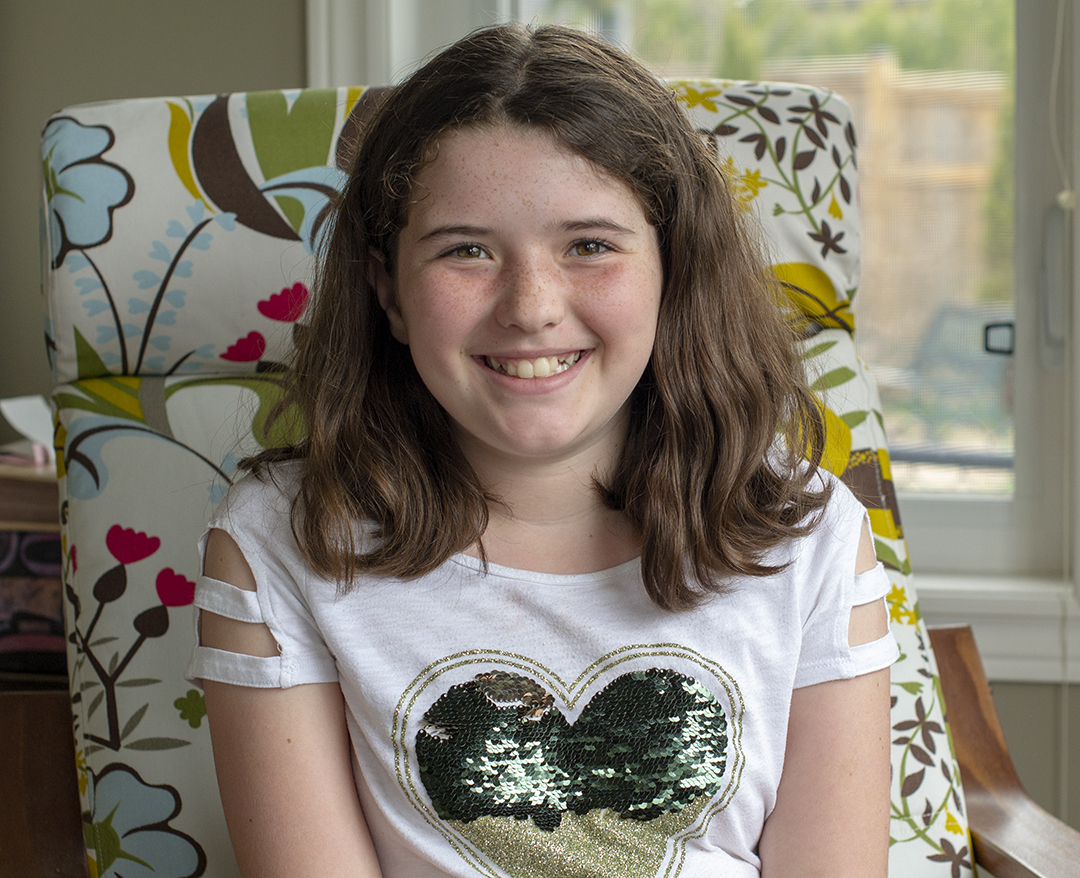 ELORA – After a five-year hiatus, MJ McDonald is again fundraising for cancer organizations.

MJ, a Grade 4 student at Salem Public School, has set a goal of raising $2,000 for the Princess Margaret Cancer Centre in Toronto.

“My grandma had breast cancer and she went there and now she doesn’t have it,” MJ said.

If the 10-year-old reaches her $2,000 goal at the end of May, Colour to Conquer month, she will bleach her hair and dye it teal or pink.

“I think she’s going to do an ombre teal so they’ll do the ends teal versus from her scalp all the way down,” MJ’s mom Arlene McDonald said. “That’s the compromise Mom’s made.”

To raise money, MJ will be running lemonade stands and selling handmade beaded bracelets at craft fairs, at school and door to door with her mom.

This is not the first time MJ has fundraised for cancer foundations.

Five years ago she raised $3,000 for the Canadian Cancer Society and, in front of her school, cut off eight to 10 inches of her hair to donate for wigs.

The Canadian Cancer Society no longer takes human hair donations for wigs, so MJ chose to participate in Colour to Conquer month.

This year’s fundraising effort is in memory of Keith Drinkwater, former president of the Fergus Highland Rugby Football Club.

During MJ’s last campaign, Drinkwater, who recently lost his battle with cancer, was inspired by MJ. He pledged to also raise $3,000 and had his head shaved at a rugby game.

MJ chose to do colour to conquer cancer in memory of Drinkwater.

“I’m doing it because lots of people get impacted by cancer and … I wanted to help people with cancer,” MJ said. “This time … I’m doing it for Keith. Keith was my friend; I met him and sadly he died last year.”

The club will “host MJ’s fundraiser on their page and send it out to their community as well because they might want to donate in Keith’s memory,” Arlene said.

As of May 13 MJ’s fundraising page had reached $1,182. She is also encouraging her friends at school to participate in her fundraiser.

“A lot of people are just really, really proud of her and she’s got one of the kindest hearts you’ll ever meet, so she’s very sensitive to people who need help,” Arlene said.

To donate to MJ’s page for the Princess Margaret Cancer Centre, visit https://bit.ly/2Hjfzyy.