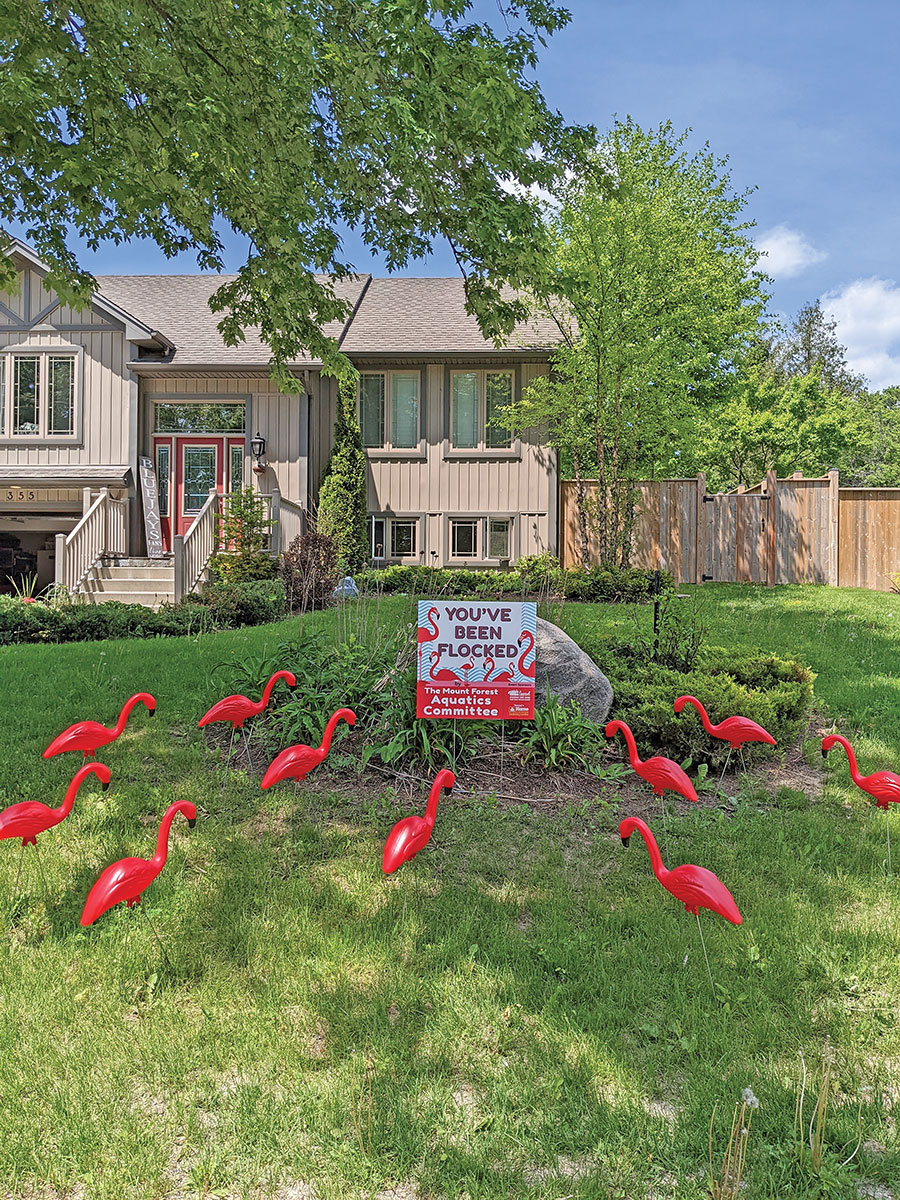 Flocked – The “You’ve Been Flocked” fundraising campaign is back in Wellington North by popular demand. All proceeds go to the proposed new outdoor pool in Mount Forest. The fundraiser runs until Oct. 2 with a $5,000 goal. Submitted photo

WELLINGTON NORTH – The “You’ve Been Flocked” campaign is back by popular demand with all proceeds going toward a proposed new outdoor pool in Mount Forest.

The Mount Forest aquatics committee launched the “You’ve Been Flocked” campaign earlier this year, raising around $4,500 for the pool while bringing the community together in the process.

Now, the committee is excited to bring back the tell-tale flamingos for the fall.

Aquatics committee chair Sherry Burke said, “It was so much fun sneaking onto lawns to setup the flocks without being caught.

“Hearing and seeing the reactions of people that were flocked was a great way to engage the community.”

“We also heard that children enjoyed travelling around with their parents to find the flocks as a sort of scavenger hunt,” Burke added.

The only way to protect your property from being “flocked” is to purchase “insurance” for a minimum donation of $50.

But for a minimum donation of $100, you can flock anyone else in the township, such as your family, friends or neighbours.

The You’ve Been Flocked fundraiser is on now until Oct. 2 with a goal of raising $5,000.