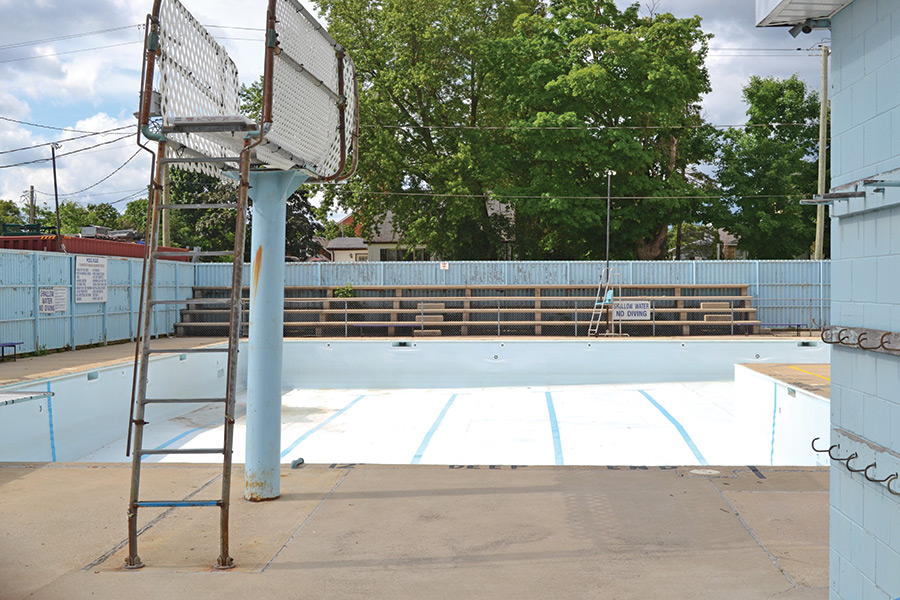 Tillmann Ruth Robinson Inc. is taking on the job of designing a new outdoor pool in Mount Forest to replace the aging Lion Roy Grant pool (pictured). Concept designs for the new pool are expected between December and February. (Advertiser file photo)

WELLINGTON NORTH – A long-running ambition for a new pool to be built in Mount Forest, replacing the aging Lion Roy Grant pool, is coming closer to realization.

The job of designing the outdoor pool has been awarded by township council to Tillmann Ruth Robinson Inc., a Toronto-based architectural firm whose architects have designed several pool and recreation facilities in London, Milton, Goderich, Niagara, Chatham-Kent and others.

The firm made up one of the two submissions received by the township from 26 bid-takers.

Three conceptual designs will be presented to the Mount Forest Aquatics Ad Hoc Advisory Committee, and the township’s Recreation, Parks and Leisure Committee, which will ultimately bring a recommendation to council.

The design will also appear for consultation at a future public meeting.

The cost of the design, not including taxes, is budgeted to run $14,900. And council has also approved a contingency budget of $5,000.

During council’s Oct. 12 meeting, Mayor Andy Lennox said, “It’s nice to see this project moving to the next step and [I’m] looking forward to what the conceptual design may look like; I know there’s lots of interest among community members.”

The pool will be constructed off Princess Street near the Mount Forest and District Sports Complex, replacing the much-bandaged Lion Roy Grant pool presently located off Parkside Drive.

The pool there was constructed in the late 1950s and has since undergone a number of expansions and repairs.

Councillor Steve McCabe, who chairs the Recreation, Parks and Leisure committee, said a number of new updates have been needed to the Parkside Drive pool.

“All of the new stuff that we have been putting into it over the last couple of years—it’s all removable and we’re going to be able to use it at the new pool,” McCabe said, speaking to the Community News.

As for what will become the old pool location, McCabe said a “local business” has expressed interest in buying the property but he couldn’t provide more detail when asked.

“We’ll be able to recoup a bit of money but it won’t pay for the new pool,” he remarked.

In the background, the Mount Forest Lions Club is attempting to raise cash for additional upgrades and features for the new pool, which will need to fit in with the final design.