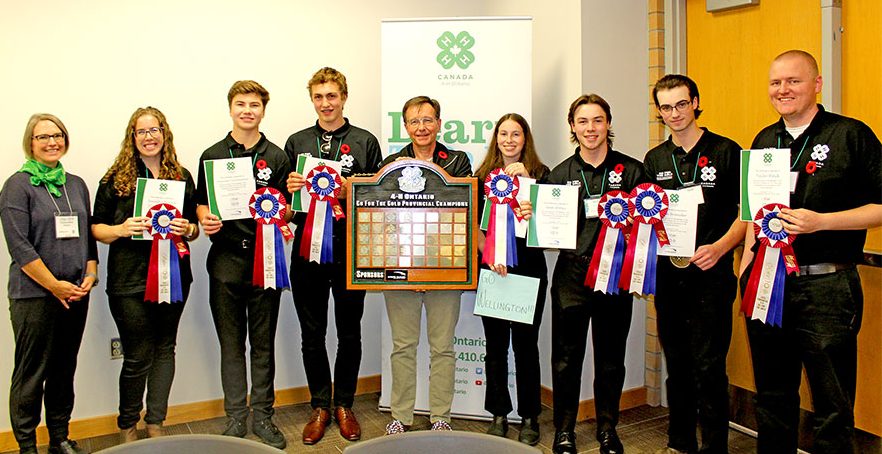 GUELPH – The Wellington 4-H Association is celebrating its win of the provincial 4-H Go-For-The-Gold  trivia competition at the Royal Agricultural Winter Fair in Toronto on Nov. 5.

The Wellington team – including Josh and Mary Brander, Sam Storey, Alexander Swackhammer and Jack Van Milligen, as well as coaches Tayler Black and Jennifer Pollock – competed locally, regionally and finally at the provincial level to compete for the Go-For-The-Gold champion title.

They were up against teams from five other Ontario regions last Saturday.

“Your hard work is evident, knowledge is admirable, and teamwork is second to none.”

The competition also celebrated its 40th anniversary this year.

The first game of Go-For-The-Gold was played in 1982 when the competition was known as Reach-For-The-Top, modelled after the popular quiz competition.