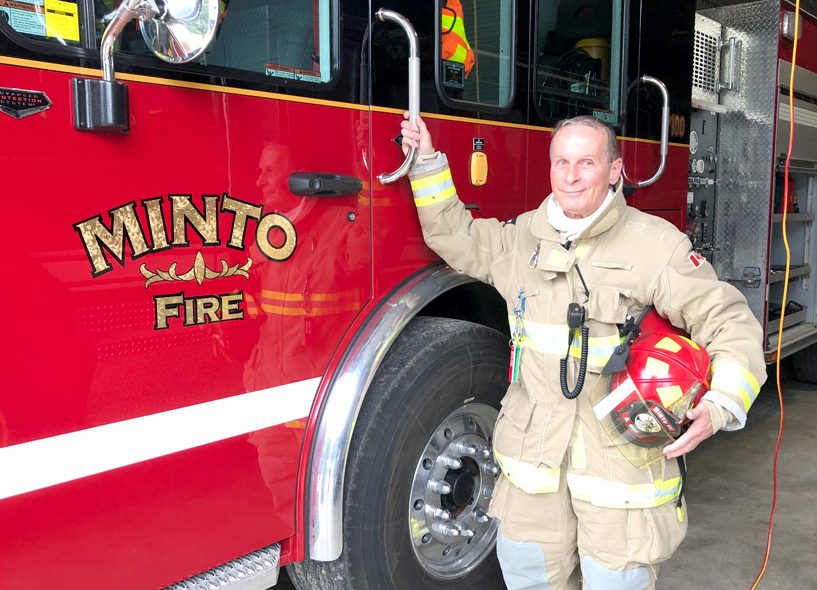 MINTO – While modern equipment and up-to-date training are key to operating a successful fire department, there’s still no substitute for experience.

Minto Fire has that in good supply, including two firefighters with a combined total of more than 90 years on the job.

“To have two guys on the same department that have 45 years in is great,” said Minto Fire Chief Chris Harrow.

“The young people look up to them and … the stories that they’re able to tell us about the history of the department, where it came from and where it is now … the young ones love that because it just gives them perspective on the history.”

For Wick, who grew up in Palmerston, his history with the Palmerston Fire Department started in June 1976, when he was “fresh out of high school” and working as an auto-body/car re-conditioner at a local motor vehicle dealership.

“When I was first approached, I didn’t really have much interest in it, because I had other things on my mind,” Wick recalls.

However, when approached by department members a few months later, he decided to sign up.

“They were short staffed in Palmerston during the day. They were having trouble getting firefighters because everybody worked outside of town,” he explained.

The orientation process in those days, was pretty limited, notes Wick.

“Nowadays the trainees get several months of hands-on type training. Back in those days I was handed the key to the fire hall, told to show up if the siren went,” he said.

Fortunately for Wick, his first call was to a chimney fire that “was pretty easy. However, he notes, “things got nasty quickly after that.

“On my third fire call I helped as part of the team of firefighters that recovered a 13-year-old girl’s body from a fire … That was a shock,” Wick said.

For Hubbard, joining the department was partly about “following in my dad’s footsteps,” as his father Gerry Hubbard was a longtime member of the Harriston fire department.

Also, he notes, since he was working primarily in town in the family plumbing business, his daytime availability was an asset to the department.

Like Wick, Hubbard cites training and training requirements as the biggest changes since he started.

“Although the equipment is totally different too, the training is the biggest part of it. When I started you had your hip waders and the end of the hose and they sent you in,” he recalls.

Wick added, “Back when I first started, we were very much just fire focused.

“There wasn’t too much in the way of auto extrication and car accidents and things like that. It was mainly fires and the training was all focused on that. It wasn’t until, I think, 1979 that Paul Brown and Allan Patterson and myself went to what I was told was the first auto extrication course delivered in Ontario at Hillsburgh.”

He continued, “And it was a really, really excellent course. It was put on by an individual from the States. And after that, we purchased some extrication equipment – the Snow Kings (snowmobile club) here in Palmerston helped with that – and we got into the crash rescue business I guess you’d say.

“After that, the tiered response, medical response stuff started to occur about the mid-90s.”

While fighting fires is still an integral part of what firefighters do, Wick noted enhanced fire prevention efforts have “done a lot to control that.

“As the fire calls sort of hold steady, we’ve also been adding in these auto extrication calls, we get called in to fuel spills, we get called out to, you know, medical calls and things like that, so it’s become more diverse,” said Wick.

He noted the department now has specialized teams that deal with situations like water rescue and confined space rescue.

“I didn’t really know what I wanted to do when I got out of high school and I ended up working towards an auto body apprenticeship,” he explained.

Both Wick and Hubbard cite the bond between firefighters as one of the most positive aspects of the job. 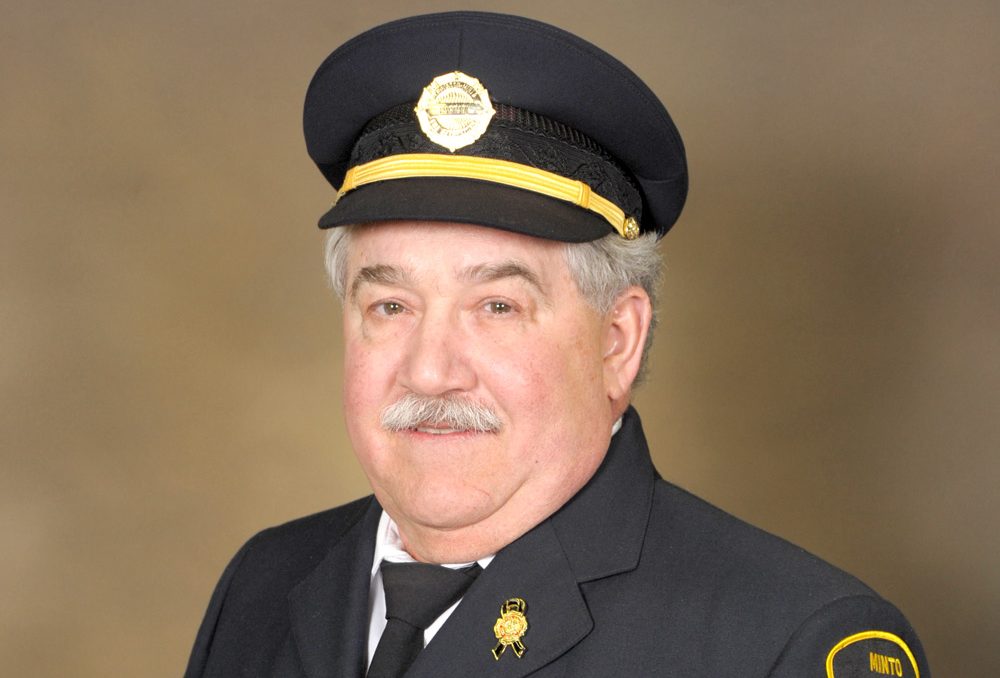 Ken Hubbard has provided more than 45 years of service as a firefighter in his community. Submitted photo

Hubbard enjoys the “fellowship” within the department and recalls “lots of good times and memories from fire-related events over the years.

“The fire convention was also a great time,” he adds, noting he has made many friends through the fire service before the COVID-19 pandemic curtailed the social aspect of the job.

Wick notes “the camaraderie that you develop by being exposed to different events that most people would never see in their lifetime seems to draw you closer together.

“We’ve got a pretty tight organization. There’s always people retiring and new people coming in … but the camaraderie is the thing that seems to stay constant.”

Both firefighters agree getting called to an accident scene at which firefighters know the victim is the toughest part of the job.

“Living in a small town you typically know the person or the family,” said Hubbard.

“The car accidents are tough, especially in the local area, because you never know for sure who we are going to be pulling out of the vehicle,” agrees Wick.

He recalled a time he was called to an accident that claimed the life of a hockey teammate, just a few days after they had celebrated winning a recreational league championship together.

“Those kinds of things are rough. Fortunately they don’t happen all the time, but they can be tough for sure,” said Wick.

Close calls are also part of the firefighter experience, notes Wick, pointing to a long-ago call to a Listowel-area motel and restaurant known as the Blue Barn.

“It was basically a barn that had been covered in sheet steel, like corrugated steel, and there was a fire there and we were called over as mutual aid. Jamie Morphy – he’s a firefighter in Brampton now – he and I were up on Listowel’s aerial ladder trying to protect the exposures, and this fire was cooking inside this steel corrugated barn,” he said.

“It was in the wintertime, so it was quite cold up on the top of the aerial ladder and then all of a sudden the steel on the one end melted out, and the flames come shooting out of there like 20 feet, like a blowtorch and Jamie and I were on the ladder, and the guy who was running the aerial ladder was trying to get us down … we ended up crab walking down the ladder.

“The flames were so hot that they actually melted the emergency lights and scorched the paint on the Listowel aerial truck.”

Wick added he ended up “with a small burn on my face” as a result of the incident.

Hubbard advises anyone considering getting involved with their local fire department to be ready to make the necessary commitment.

“Be prepared to spend a lot of time here … You’ve got to be dedicated. You get what you put in and you’ve got to put in a lot,” he observed.

Firefighters should also be in good physical shape, and prepared to stay that way, adds Wick.

“Nowadays the fire department is not just centred on training in regard to fire operations … but also on the physical fitness aspect of it and your ability to function with a lot of equipment on and endure a significant amount of conditions like heat and cold and things like that and still function adequately,” he said.

“So our fire department now, I would say, is probably far fitter physically than they’ve ever been.

“The job can be draining. It’s not like we fight fires every day, but when we do it takes a lot out of you and you need to be physically fit to handle it.”

Harrow said he appreciates what both 45-year veterans bring to the Minto Fire team and he’s looking forward to their continued contributions.

“Both are still active and heading for 50 maybe?” he suggested.