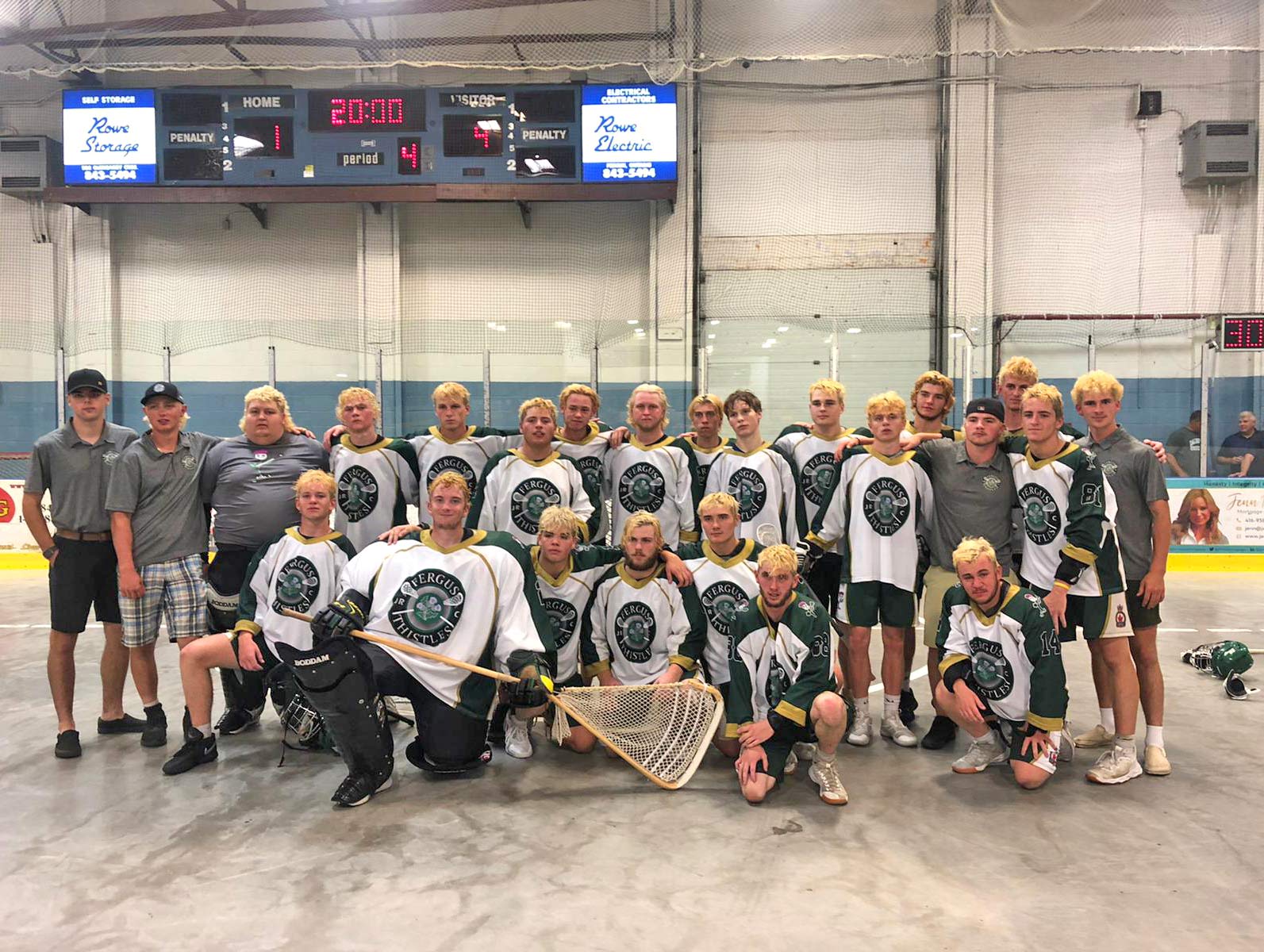 FERGUS – After a two-year hiatus due to COVID-19, the Fergus Junior ‘C’ Thistles Lacrosse Team had a fantastic season.

They finished first in the Western Conference regular season with 16 wins and two losses. That record gave them a bye in the first round of playoffs.

Unfortunately, they fell short in Game 5 of the Western Conference finals against the Orangeville Northmen, with two of the games going into overtime.

“The young men playing were honoured to represent your organizations and wore your logos with pride,” team officials stated.

“We hope you feel that we represented your organizations with the dignity and class they each deserve,” officials state.

The team also thanked the local community for attending games and supporting the team throughout the season.

The final game saw over 700 fans in attendance.

“To say the atmosphere in the sportsplex was electrifying would be an understatement,” team officials state.

With only  two veterans aging out this season the team looks forward to returning next year with another Meredith Cup contending team.