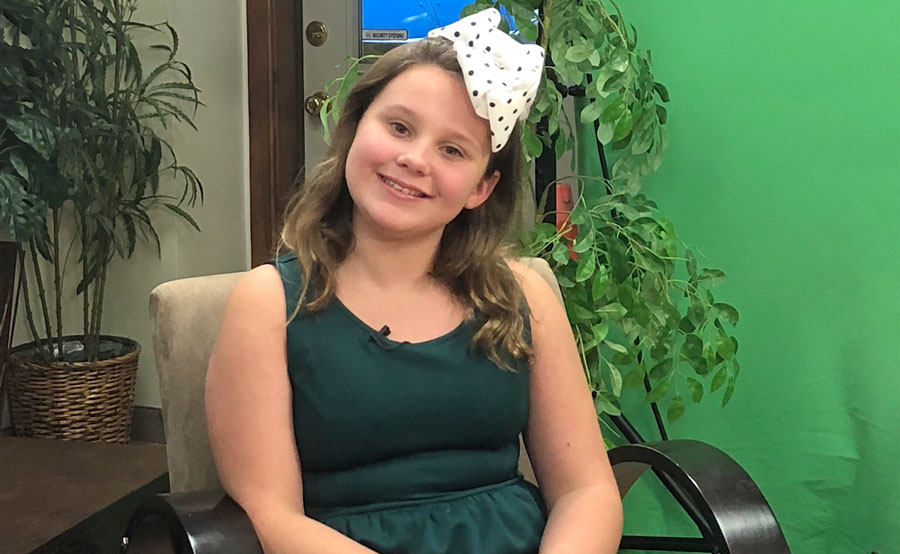 Veit has already taken on the challenge herself and completed eight months with a random act of kindness each day.

With a new school year starting, Veit was inspired to urge the community to get involved.

“I said, ‘If I can do it for eight months, why can’t the public do it for a month?’ So I am challenging everyone in Centre Wellington to do a random act of kindness every day for the month of September,” said Veit.

For her, random acts of kindness included holding open doors for people, complimenting people and cheering people up if she notices they are having a bad day.

Every Sunday Veit would plan out ideas for acts of kindness to complete for the week, which helped her keep up with the challenge.

According to her mother Christine, Veit’s approach included thinking about how she would like to be treated.

“When she first started she was thinking ‘what do I want people to do for me?’ It was just to be compassionate,” said Christine.

Veit began the daily objective after she was challenged on air by Grand 101 radio host Barb Evoy late last fall.

Veit began the challenge on Jan. 1.

After eight months of being proactively kind, Veit said she thinks  the challenge will benefit many of her peers in the community for the beginning of a new school year.

“Starting off on the right foot at your school, even if you are going to the school that you have been going to for five years, or you might be going to a new school, it’s good to have a fresh start at the start of the year,” said Veit.

In addition to her random acts of kindness, Veit has also raised $1,600 this year for charity.

She raised the funds through organizing events like a garage sale, donations from the community and helping at Knights of Columbus breakfasts.

Veit will donate 50 per cent of the money to benefit school children in Zimbabwe through the Villages of Hope charity.

The remaining 50%  will be donated to Covenant House Toronto to benefit The Rogers Homes, a transition house for young women who have escaped human trafficking.

“I want everybody to have a chance to get back on their feet, to go to school, have the same chances that we have way easier,” said Veit.

“I think they deserve the chance to do those things.”