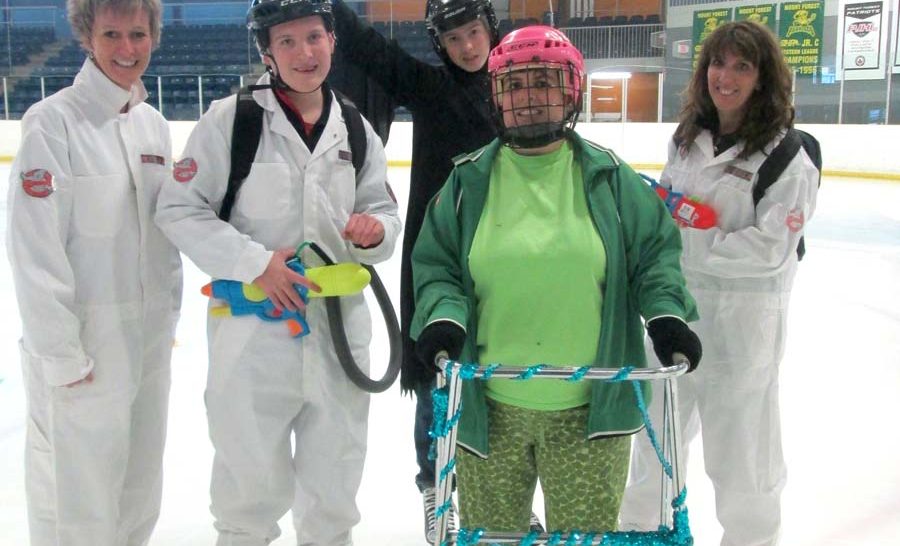 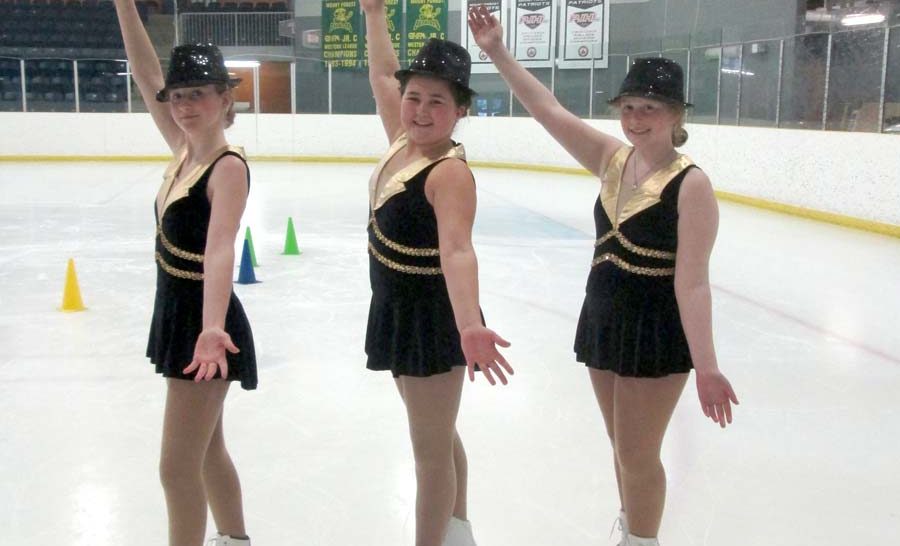 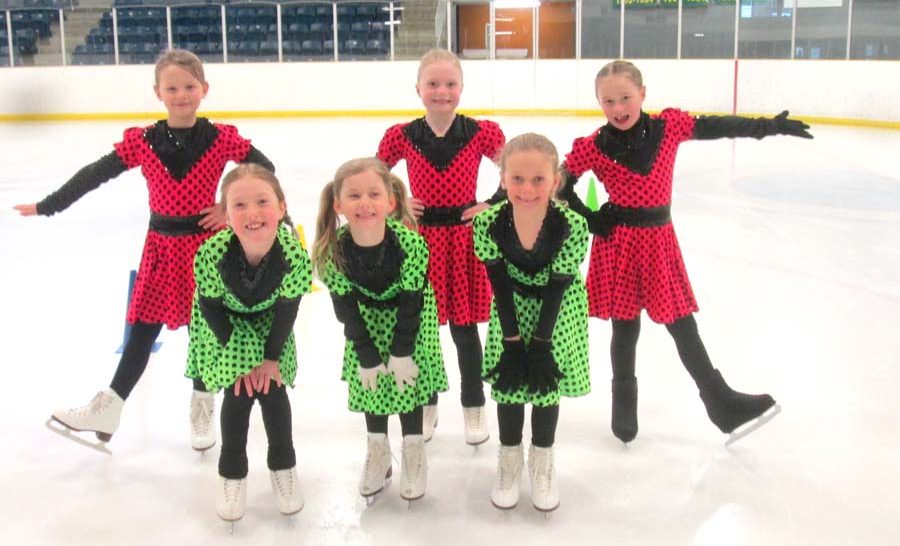 The Pre-Juniors skated to the final song in the movie Grease at the Skate Canada Mount Forest carnival - Hollywood: Then and Now - on March 8. From left: front, Miley Brunet, Allie Van Tol and Mackenna Fairbrother; back, Piper Smart, Ava Novikow and Emma Crose. 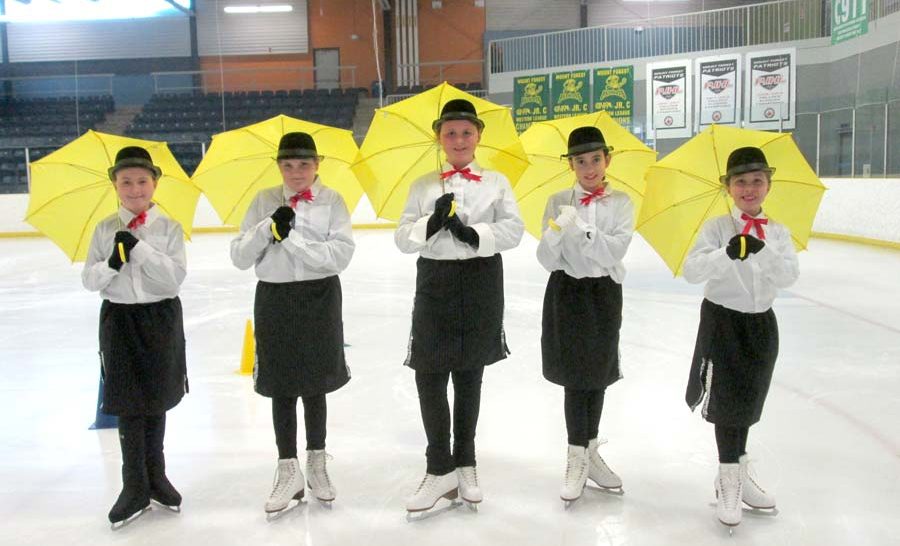 Carnival – Skate Canada Mount Forest presented its annual carnival – Hollywood: Then and Now – on March 8 with soloists and groups skating to music from dozens of movies. Skating to Mary Poppins, complete with bright yellow umbrellas, were the Junior A skaters: Ashtyn Truax, Savannah Copland, Shelby Van Tol, Naomi Skidmore and Lily Crouse. The afternoon featured guest skaters Kyleigh Dalley and Gaven Mahoney from Mariposa, the 2019 Ontario Pre-Juvenile Pair Champions, as well as the local Special Olympics Pair Team of Lewis Cremasco and Natalie Strevanus. Cremasco was a member of the Arthur and Area Skating Club for 25 years and the Mount Forest Club for 10. Strevanus has skated in Arthur for seven years. Mount Forest’s Connor Romanowski and Skate Canada Mount Forest’s Sydney West also performed. They skated as a free skate pair team in the pre-show as “mini blades” at Battle of Blades in Mississauga last fall.