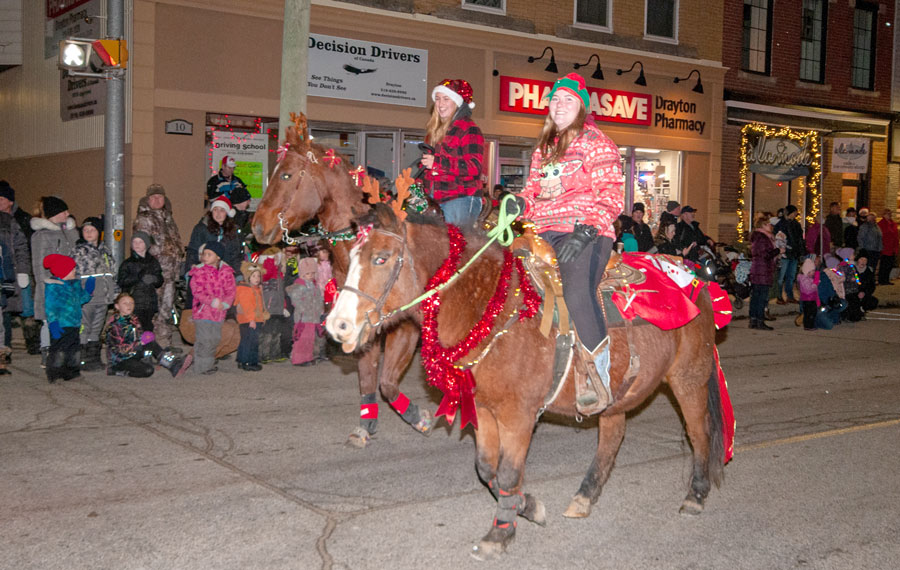 Santa parades - Santa Claus will visit Mapleton for parades in Drayton on Dec. 2 and Moorefield on Dec. 3. Riders on horseback at the 2021 Drayton parade. Community News file photos

MAPLETON – Santa Claus is coming to Mapleton, twice in one weekend.

The Drayton Santa Claus Parade is set to take place on Dec. 2 at 7pm.

The lineup for participating floats and entries takes place at the fairgrounds in Drayton, beginning at 6:30pm.

There is no particular theme for entries to follow.

“We kind of stay away from the theme and just let everybody do their thing,” said Fire Chief Rick Richardson.

The parade is once again being organized by Mapleton firefighters. Following the parade, youngsters can meet Santa Claus and receive treats at the Drayton fire station.

Donations to the local food bank will also be accepted at the fire hall.

The parade will form in the Murray Group parking lot at 1pm. Floats are asked to arrive early to be organized.

Kids can meet Santa downtown beside the former Royal Bank building, where the Optimists will be collecting food bank donations. 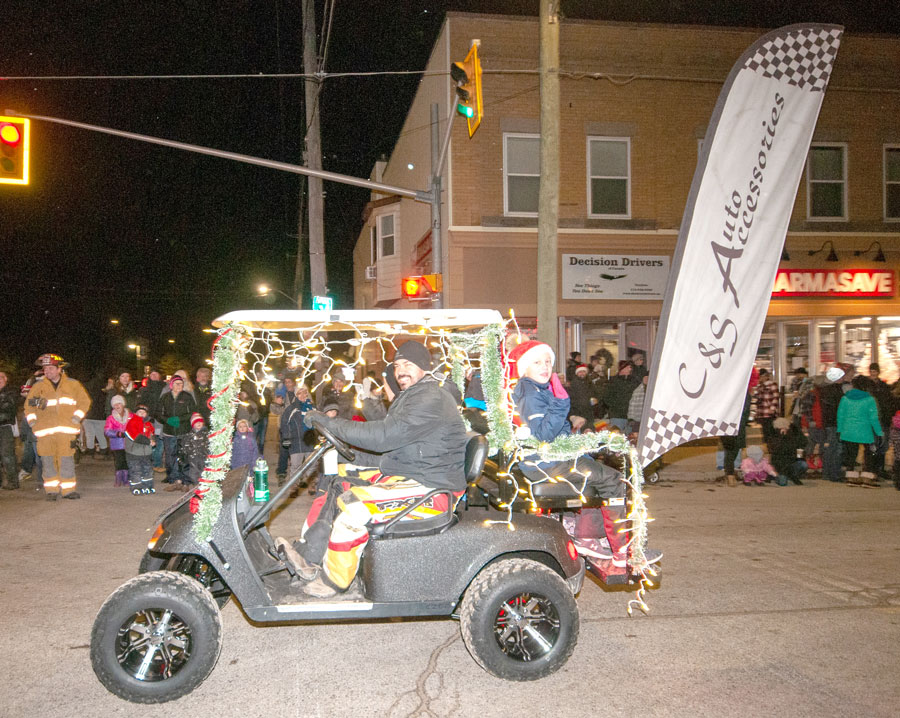