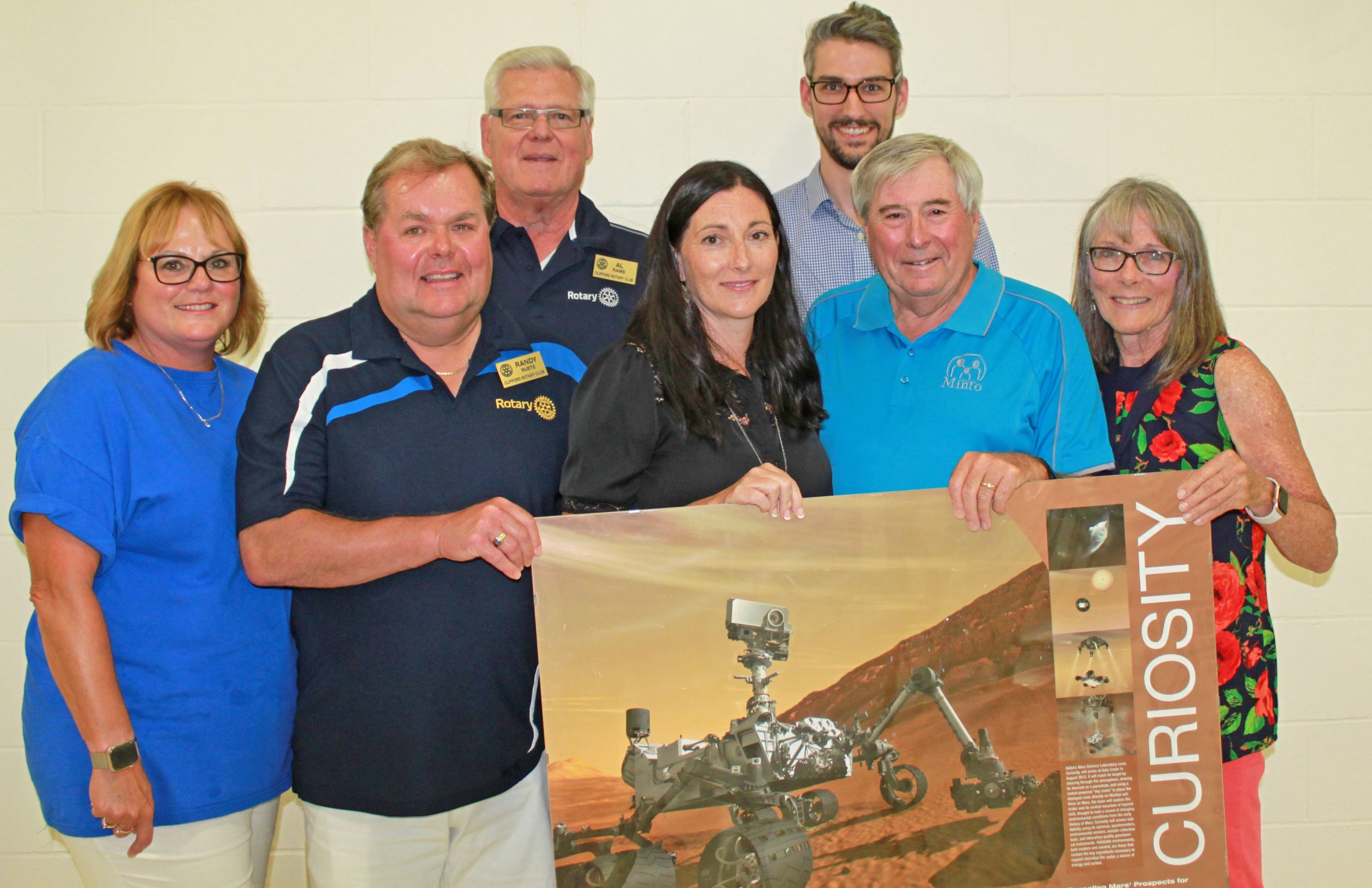 CLIFFORD — Dr. Carrie Bridge, an astrophysicist and science system engineer at National Aeronautics and Space Administration (NASA) in Pasadena, California, has spent a lifetime trying to find out if there is life outside of earth.

Dr. Bridge passionately explained her work to over 250 people in a presentation at the Clifford Community Centre hosted by the Clifford Rotary Club. The presentation included her role in studying Mars with the Curiosity Rover.

The Curiosity Rover is a third-generation car-sized rover designed to explore the Gale crater on Mars, analyzing rock, soil and air samples.

Dr. Bridge explained Mars is currently a cold and inhospitable planet, but that three to four billion years ago, the planet held Earth-like lakes.

The Curiosity Rover set out to answer the question: did Mars ever have the right environmental conditions to support small life forms called microbes?

The rover has the ability to determine weather, brush material away from specimens, and has a scoop for getting samples, and lots of cameras, giving it the ability to take a selfie and analyze samples.

The Curiosity Rover has been exploring for almost ten years since landing on Mars.

Some key findings include:

– rounded pebbles that were likely made by water and transported by stream up to 15 miles;

– the Gale Crater had the capability to support life;

– lakes were present at the Gale Crater for millions of years; and

– Mars was habitable and could support life three or four billion years ago.

Dr. Bridge answered questions and described future planned NASA missions to explore Jupiter, Venus, an asteroid named Psyche, which is located between Mars and Jupiter, and further exploration of Mars.

Dr. Bridge was honoured with the turnout and thanked the community.

The event was free, however attendees donated over $2,000 in support of Ukraine. 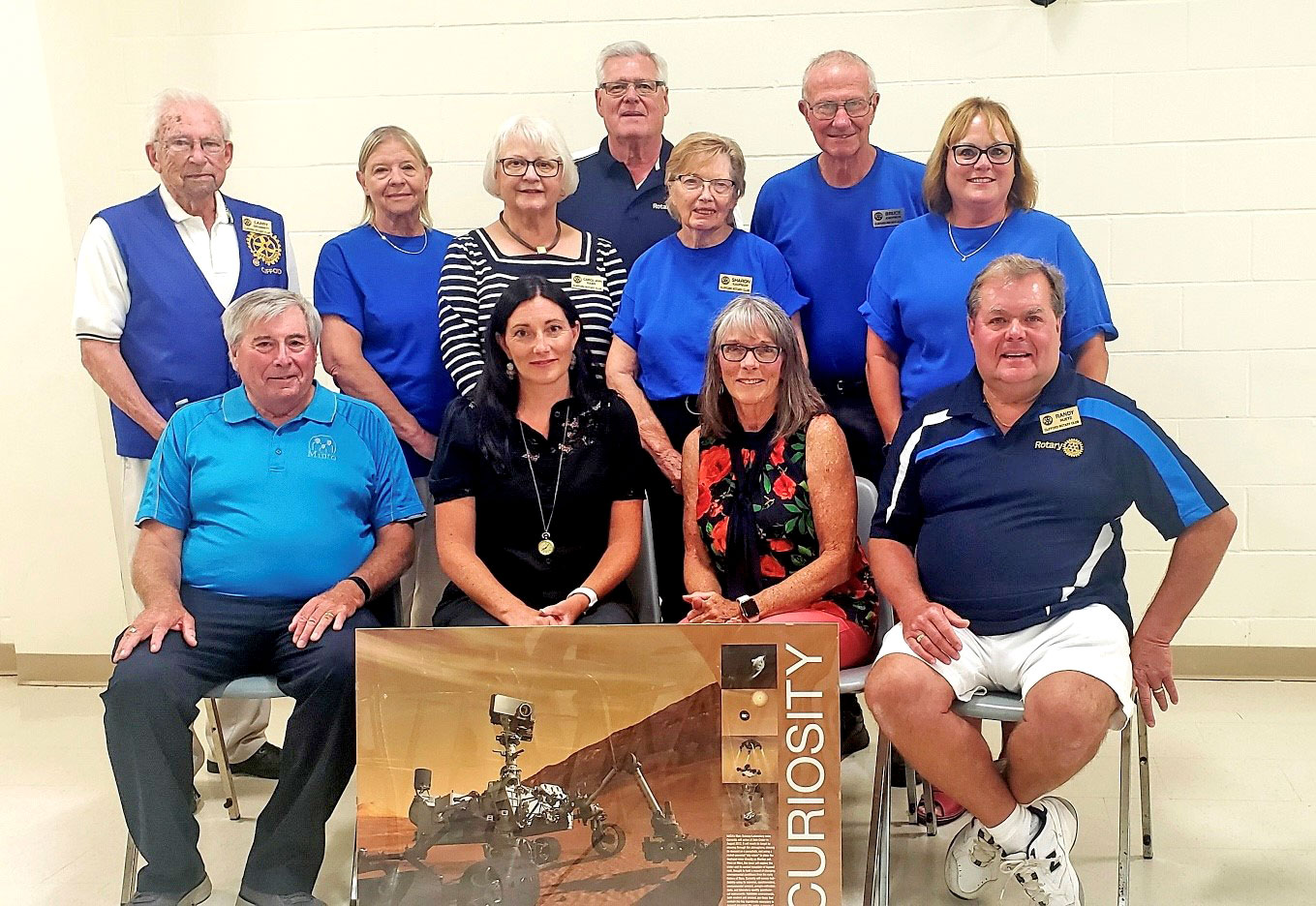 Dr. Carrie Bridge grew up in southwestern Ontario, has a PhD in Astronomy and astrophysics from University of Toronto, post doctoral research at Caltech and currently holds several positions at NASA, including science operations team chief for the Mars Curiosity rover, and manager for science planning. She is the daughter of Minto Mayor George Bridge and Sue Bridge.