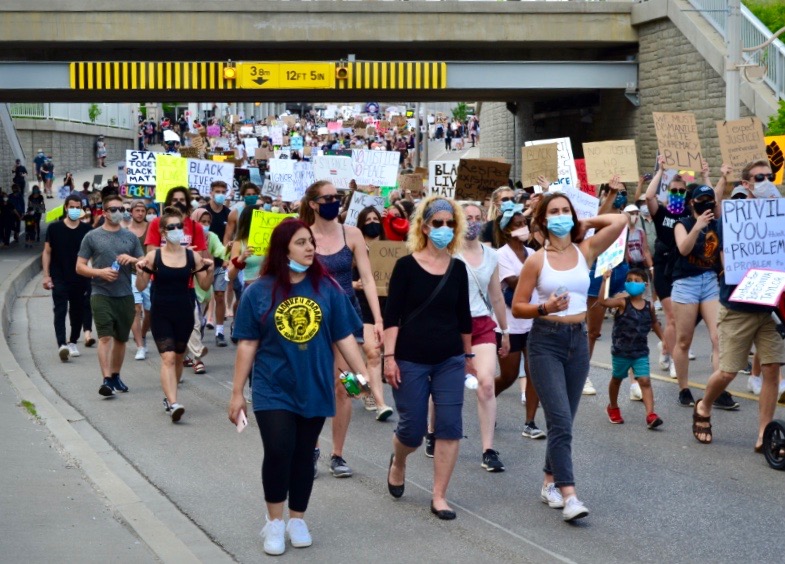 Public health officials say a recent spike in COVID-19 cases in the region is not linked to the June 6 Black Lives Matter protest/march in Guelph, which drew thousands to the city's downtown core. Advertiser file photo

GUELPH – None of the new cases of COVID-19 in Guelph have been traced to the June 6 Black Lives Matter protest in Guelph, public health officials say.

“This considers only people who have been tested… and it hasn’t yet been 14 days,” he emailed on June 18.

Some people have speculated this 20 per cent spike can be attributed to the protest, which saw some 5,000 people gather outside city hall and march through downtown streets.

By contrast, Wellington County reported 71 confirmed cases on June 6 and 75 on June 19, an increase of just four cases.

A Black Lives Matter protest is planned in Fergus on June 20, and many of the same people may attend.

Williamson reminded people that Dr. Nicola Mercer, WDGPH Medical Officer of Health, urged caution leading up to the Guelph protest – and that advice holds true for the Fergus event was well.

“In her statement prior to the Guelph event, Dr. Mercer strongly recommended anyone attending attend virtually, or practice safe protesting (mask, hand hygiene, physical distancing) and self-monitor for 14 days,” he wrote.