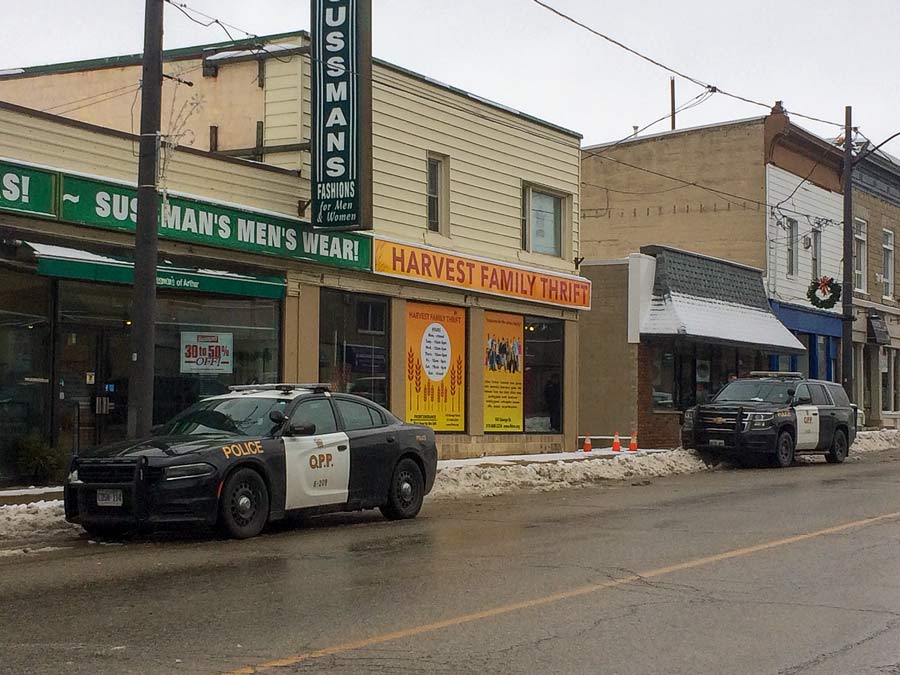 Police investigated an armed robbery at Sussman's of Arthur on Monday morning. Photo by Mike Robinson

ARTHUR – Police have arrested a local man in connection with an armed robbery at Sussman’s of Arthur on Monday morning.

Wellington County OPP officials say an 18-year-old from Wellington North turned himself into police at the Teviotdale station on Dec. 2 at about 1:05pm.

Two hours earlier, at about 10:53am, police were called to a robbery at Sussman’s clothing store, located on George Street in downtown Arthur.

In a tweet shortly after the incident, police confirmed a firearm was observed during the incident and the male suspect was last seen running south towards Foodland.

Police described the suspect as about six feet tall with a slender build and wearing a grey hoodie and black coat “with the hood pulled up concealing his face.”

In an update provided at about 2:20pm police stated they had a suspect in custody. 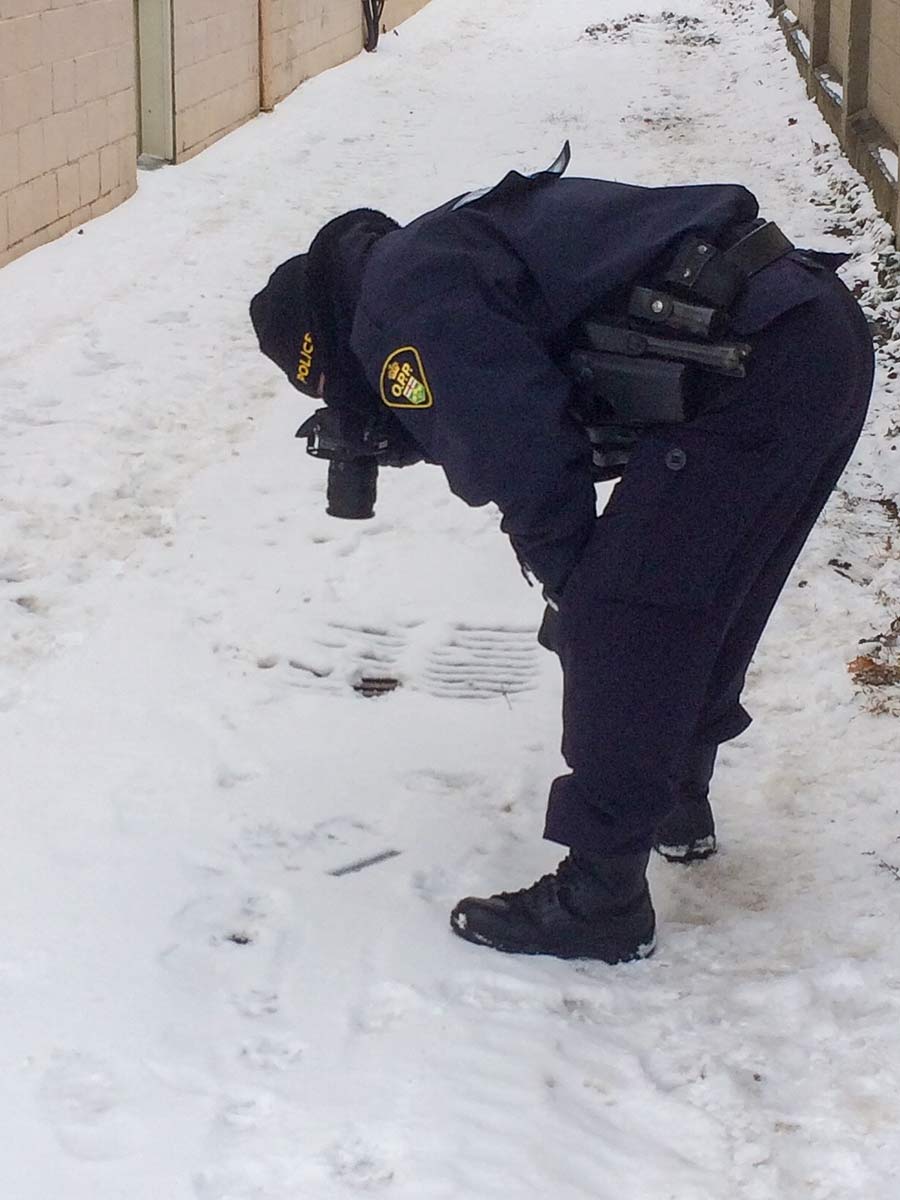 An OPP officer documents possible evidence near the scene of an armed robbery at Sussman’s of Arthur on Dec. 2. Photo by Mike Robinson

*An Advertiser tweet incorrectly stated schools were on “lockdown.” The newspaper regrets the error.