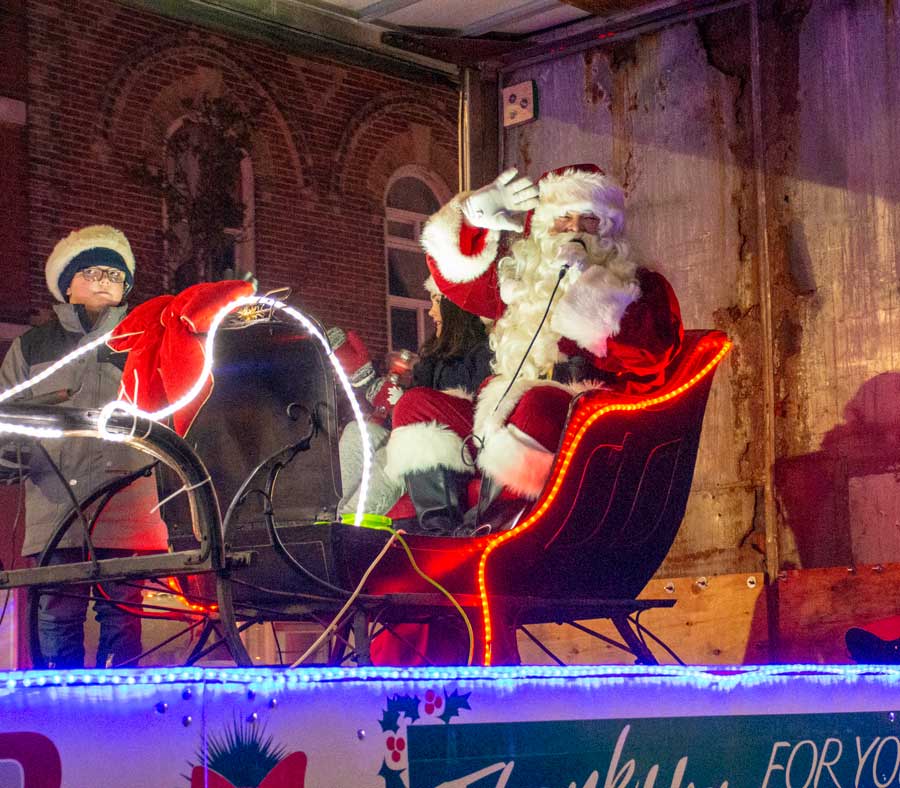 Santa is coming to town - The 2021 Palmerston Santa Claus Parade will be held on Dec. 4 at 7pm. Advertiser file photo

PALMERSTON – The 2021 Palmerston Santa Claus Parade will be held on Dec. 4 at 7pm.

Hosted by local firefighters, the parade will begin at the Minto Fire Palmerston station and wind its way through the town. At the Palmerston parade the local Kinettes will be accepting donations to the local food bank.

Anyone wishing to enter a float in the Palmerston parade is encouraged to join in.

Although pre-registration is not required to enter a float in this year’s parade, Fire Chief Chris Harrow is expecting a large contingent this year, after the 2021 parade had to be modified to a “Santa Cruise” with a fire truck pulling Santa’s sled through the streets and residents urged to watch from home due to COVID-19 restrictions in place at the time.

“The interest this year has been way more than we’ve ever had previous years. So hopefully that means that there’s going to be a lot of floats … we’re pretty excited,” Harrow stated in a Nov. 16 council meeting.