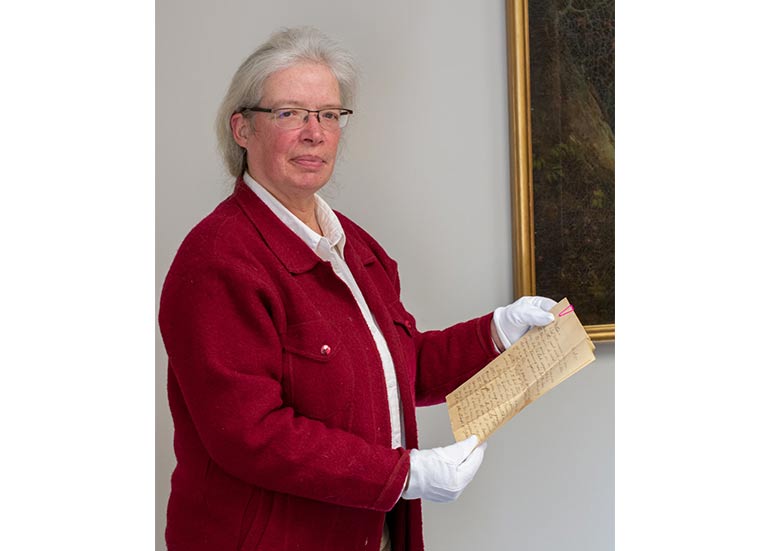 ABOYNE – Each November municipalities throughout Wellington County honour veterans and those who died in battle.

Every name that appears on a cenotaph within the county is also displayed with a marker on the front lawn of the Wellington County Museum and Archives during Remembrance Week.

However, there is no information about the individuals included on the markers. Their stories were largely untold – until now.

The museum recently released its completed Wellington County Remembers: Commemorating Our Fallen  database, which brings those names to life.

“People were starting to ask questions about the different soldiers and that’s when I thought, ‘well, it would be great if we had a database for each one of the markers that are out,’” said archivist Karen Wagner.

The archives hired Julie O’Donnell, a summer student, to work on gathering information through 2016 and 2017. She used many different resources, including the archives’ database, the Federated Women’s Institute of Ontario Tweedsmuir history books, local newspapers, census data and Libraries and Archives Canada.

Volunteer Gordon Brown was also instrumental in the process. A volunteer at the museum, he has travelled  oversees and has photos of the grave markers for some of the names on cenotaphs in Wellington.

“A lot of those on the cenotaph would be buried overseas in France and Belgium and Holland and so if we had one of those photographs, we’d incorporate that into … the database as well,” Wagner said.

Much of the information came from Library and Archives Canada, which holds service records for First and Second World War soldiers. While WWI records have been available for some time, Wagner said information for deceased WWII solders has been made available more recently.

“What we decided to do was just take that as part of the information because it’s very detailed,” Wagner said. “It tells you where they enlisted, their age.

“They all had to make a will, who they were naming in the will and it really covers their service from the time they enlisted to unfortunately the time they may have passed away.”

Wagner said the archives took the project on to record Wellington County’s history.

“As an archivist, I’m a keeper of the record, and so I want to collect our historical records, and make them available for the current public as well as future generations,” she said.

“Hopefully, we’re going to learn from our mistakes … from the First and Second World Wars, so that we don’t have a World War Three.

“Soldiers lost their lives for us and I think we have to remember that they fought for our freedom.”

Each soldier’s story is different and interesting in its own way, but one that stood out for Wagner was James Harold Bacon of Harriston. The archives has 250 handwritten letters he sent home from the front.

The collection includes letters penned by Bacon prior to the start the Great War continuing up until his death in 1918. 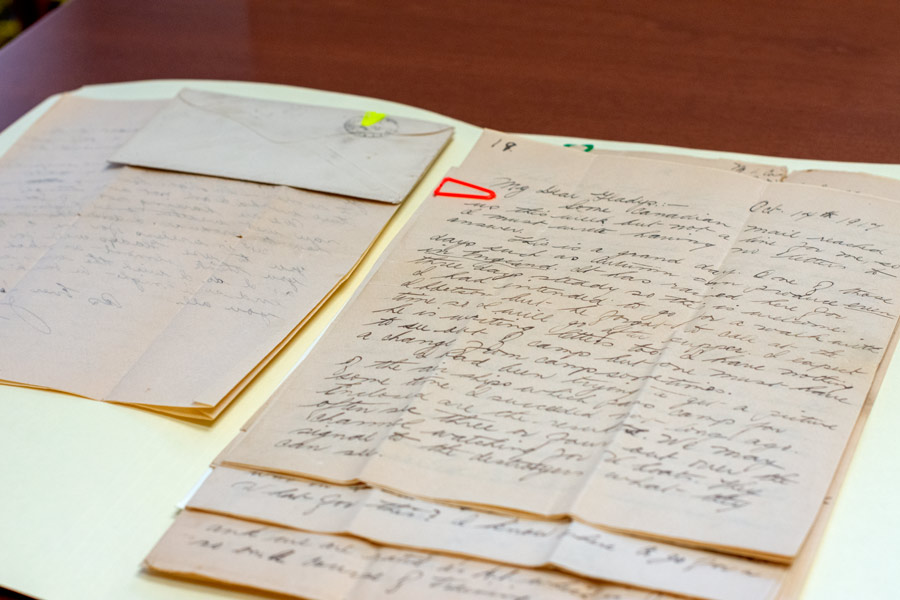 The letter from Bacon.

He wrote about women, his health, what he was doing, the weather, wanting to use a cannon on groundhogs at home, advising a young man not to enlist and sending his fiancee a pen.

His letters were primarily written to his father, mother, fiancee, sisters, cousin and grandmother.

Wagner said there is currently no concrete plans to include information about veterans who returned home after WWI and WWII.

“But I’m sure at some point we will go back,” she said. “We do encourage anyone who does have information about a veteran to donate it to our collection because our main collection is open to donations at any time.”

Wagner added that if someone has a photo of a soldier whose photo is missing on the database, they can contact the Wellington County Museum and Archives to talk to someone about including it.

A remembrance tribute will take place on Nov. 10 at the museum, during which candles will be placed on the museum’s front lawn beside each of the 546 markers for fallen soldiers. The candles will remain lit until Nov. 12.

The candles are provided by the museum and the public is invited to participate.