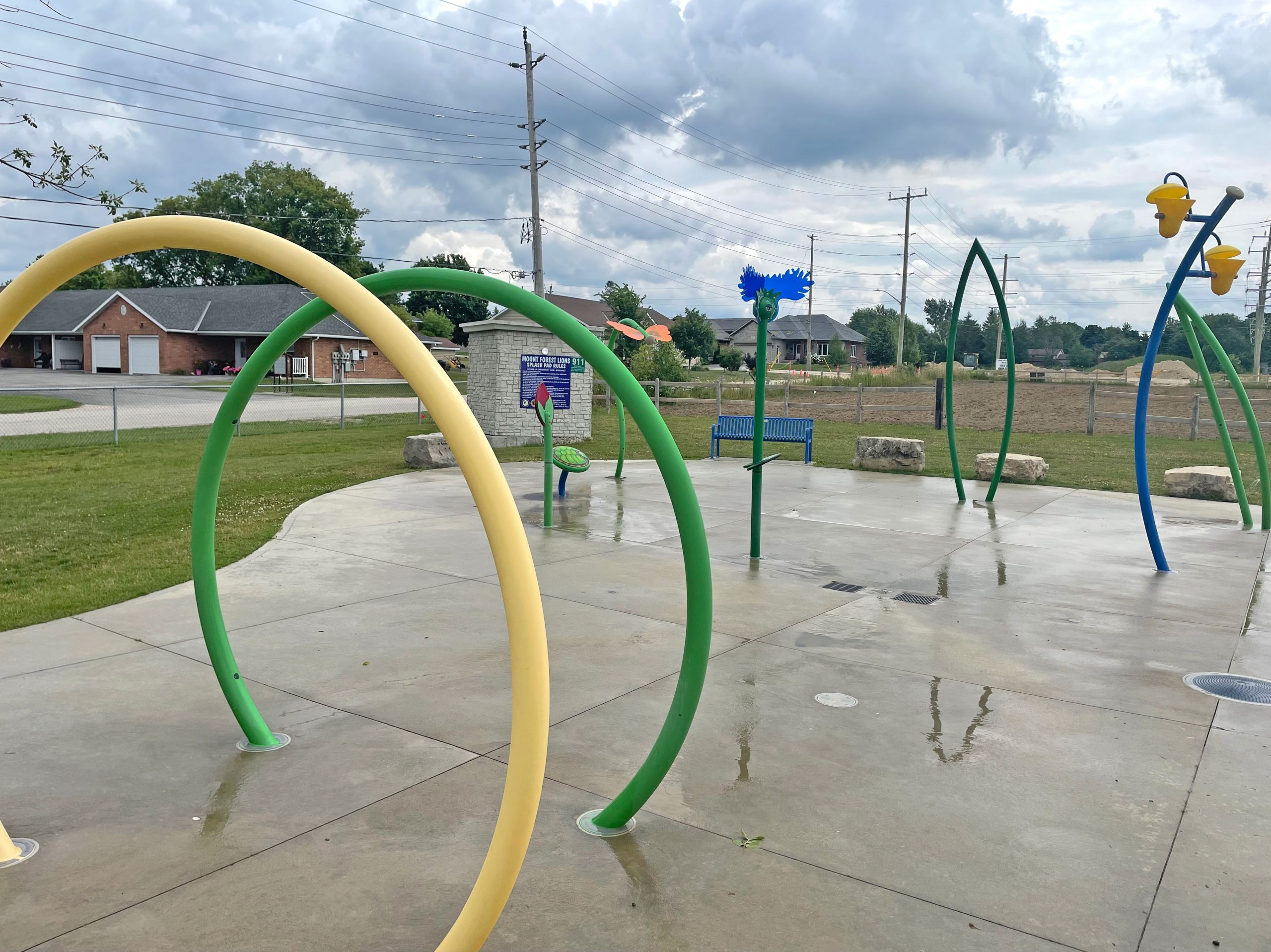 The splash pad at the Mount Forest Fairgrounds is to be named the MacDonald - Schwindt Splash Pad to honour Mount Forest Lions Club members Dennis MacDonald and Wilson Schwindt. Photo by Patrick Raftis

“This was a request that came from the Mount Forest Lions Club, and after their involvement with … fundraising for that project …  and they wanted to honour a couple of their long standing members, Dennis MacDonald and Wilson Schwindt,” said Wellington North Mayor Andy Lennox.

“And this is the effort to recognize all their contributions to the Lions Club and the community over the years.”

The splash pad was built several years ago without an official opening due to COVID-19.

“We did a lot of fundrasing for this,” said Mount Forest Lions Club president George Laurencic, citing drive-thru chicken dinners and community generosity as major contributors.

When it came to naming the splash pad, Laurencic said the club saw it as an opportunity to honour members. 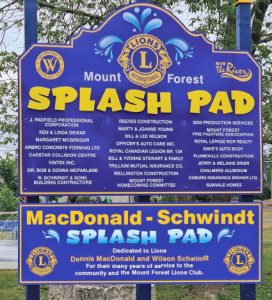 A rendering of a new splash pad sign. Submitted photo

Mount Forest Lions were asked for suggestions and in the end, the club settled on two names: Dennis MacDonald and Wilson Schwindt.

MacDonald has been with the club since 1967. The 81-year-old has served as president, vice president, treasurer (twice), and recording and corresponding secretary, in addition to his involvement with various committees.

He has also brought in over  20 new members during his time with the club.

“I was quite surprised that I was in line for this honour,” said MacDonald, adding that he’s honoured by the recognition.

Schwindt told the Advertiser he doesn’t think he’s missed a Lions  Club meeting in 54 of his 55 years with the club.

“It helps that I live so close,” he joked.

Schwindt has served as  president and secretary, as well as being a part of various committees over the years.