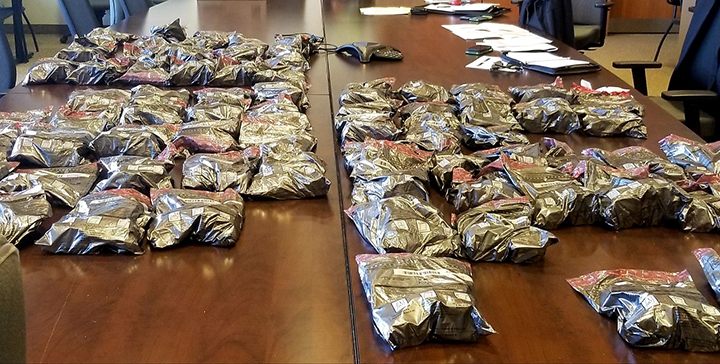 Cache of cash - Police have recovered most of $300,000 they say an Elora man stole from his employer. Submitted photo

FERGUS – An Elora man has been accused of stealing over $300,000 from his employer.

On March 19, Wellington County OPP officers executed a search warrant at a storage locker on Glengarry Crescent in Fergus. Police say the search was part of an ongoing theft investigation reported by a local business.

“The thefts occurred over an eight-month period and involved one of the business’ managers stealing bank deposit bags containing cash,” police stated in a press release. Police say “early estimates” indicate a total of more than $300,000 was stolen, most of it recovered by the OPP.

Emerson James Aden Walker, 22, of Elora, was charged with theft over $5,000 and possession of stolen property over $5,000. He is to appear in Guelph court on April 26.