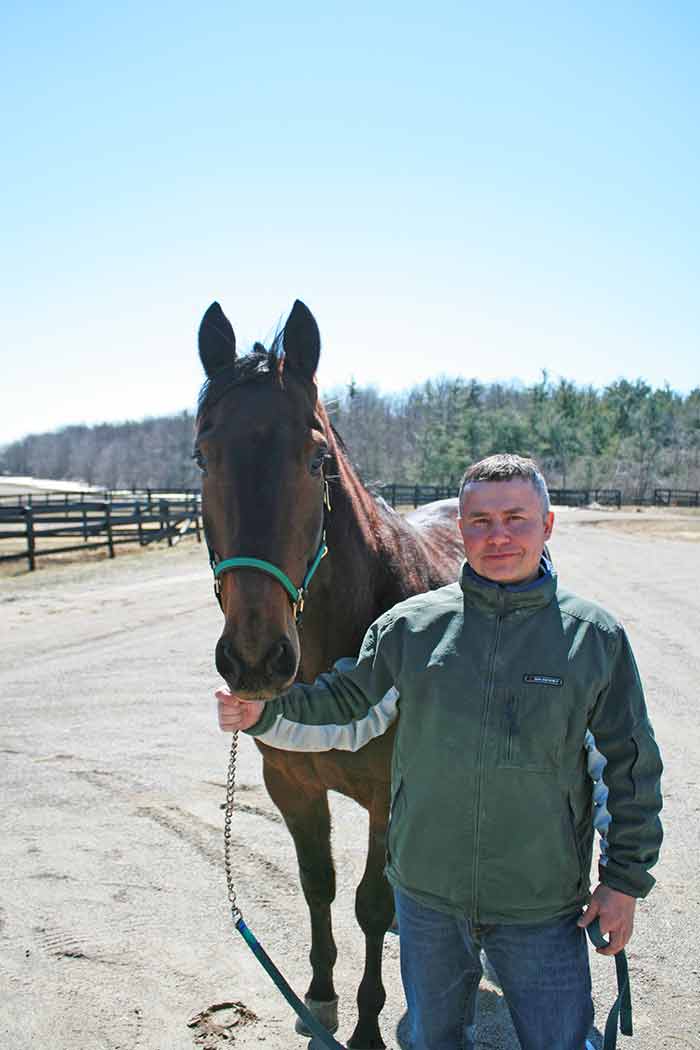 PUSLINCH – Standardbred Canada held its annual O’Brien Awards on Feb. 1 and this region was well-represented.

For the seventh time, Richard Moreau of Puslinch was named Canada’s Trainer of the Year; Louis-Phillipe Roy of Guelph won Driver of the Year for his second time; and Anthony MacDonald of Guelph, who started TheStable.ca, received the Cam Fella Award.

In a phone interview, MacDonald said he’s both proud and humbled by his award, that recognizes meritorious service to the harness racing industry in Canada. It is not given annually but only when warranted.

“There has only been two that won it and the voting process is very strict so that’s pretty gratifying,” he said. “I’m very proud of what we’ve done and what’s coming.”

TheStable.ca allows regular people of modest income the chance to own a piece of a race horse. Part-owners get the same treatment and perks as full owners – regular updates on their horse via email, video, photos and webinars, live and remote access, special events for clients, and a percentage of the horse’s purse.

It’s an idea that has really taken off since TheStable.ca was launched in 2015, he said, and currently boasts more than 100 horses and 800 clients in 12 countries.

“I just used common business practice from the 20th century, so a long way to go before it’s revolutionary,” he said. “Yet it’s gone from a project of necessity for me to one of the biggest things to happen in horse racing. So yes, I’m pretty proud of that.”

MacDonald ran for political office in 2014 in Guelph and while he didn’t win the election, he learned a lot about people while knocking on doors, he said.

“Guelph is surrounded by horse tracks and people didn’t know about it. But I came to believe that regular people who love horses really wanted to be horse owners, too. So that’s how the idea began,” he said.

Richard Moreau is no stranger to the winner’s circle. Last year he trained 285 winners with winnings totaling more than $4.5 million. He trained Double A Mint – an O’Brien finalist – and the pacing horse Jimmy Freight. According to Standardbred Canada, Moreau has purse earnings of $2 million-plus for the past 10 years and banked more than $1 million for 20 years.

Louis-Phillippe Roy is originally from Mont-Joli, Quebec and now lives in Guelph. He took home his second Driver of the Year award after a year that featured 293 wins and $6.2 million in purse earnings.

The 31st O’Brien Awards were held in Mississauga on Feb. 1.