STRATFORD – Geoff Krauter will be the NDP candidate for the federal riding of Perth-Wellington.

Krauter was set to be acclaimed at a nomination meeting in Stratford on July 30.

“The NDP is my political home because the party has always been about collective action to overcome hardship,” stated Krauter.

“From the Great Depression, when our founders had the vision of a new party, to the climate emergency of today, New Democrats’ greatest strength has been the power of people to transform society for the betterment of all.” 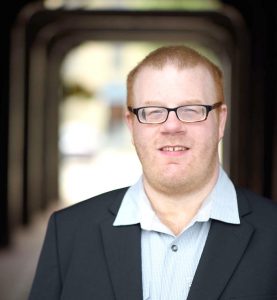 Krauter has been a social activist and a member of the NDP for the past 17 years.

He was born in Toronto in 1985 and grew up in Markham. He has served as campaign manager for both provincial and federal elections for the NDP in Markham, and has volunteered for the Canadian Cancer Society and The March of Dimes.

He was also a member of the municipal outreach team of Fair Trade Ottawa in 2011-12.

An honours graduate in political science from the University of Guelph, Krauter was a member of the Board of the Guelph Campus Co-op for five years, as well as serving as president of both the federal and provincial Guelph NDP riding associations.

Since relocating to Stratford, Krauter has been active with The Local Community Food Centre, completing its community action training program and as a member of EPIC (Empowering People In Communities). He is a member of the board of the Rotaract Club of Stratford.

Krauter has recently been employed at PF Solutions, an affiliate of the United Way of Perth-Huron, updating the database of Ontario211, a public helpline that provides assistance and information on vital community services.

Born with cerebral palsy, campaign officials note Krauter has lived experience of disability, “which in part drives his passion for social justice and equity.”

“This time, we will go into every community of Perth-Wellington to let people know we’re on their side,” states a press release from the local riding association.

“We have to act now – for our environment, for our farmers, for our seniors and young people, before it’s too late.”