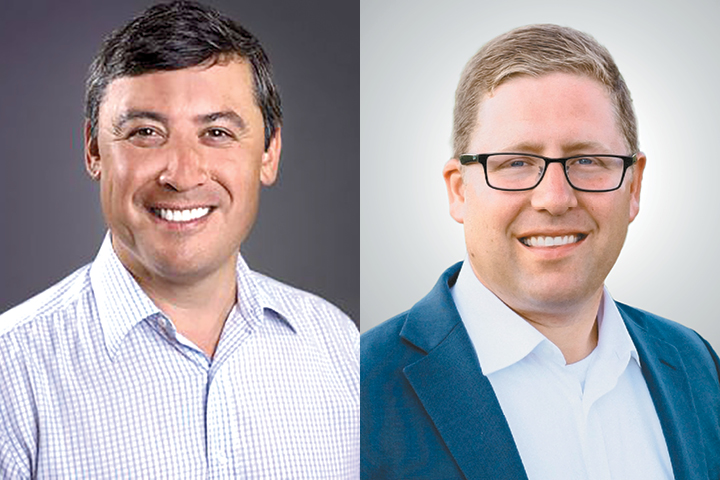 “I looked for things that we’re working on in Guelph and this time I saw some really good alignment,” he told the Advertiser.

The key points for Longfield were housing, the environment and the war in Ukraine.

Specific measures in the budget that target housing include:

Wellington County Warden Kelly Linton said he is “very pleased” to see the federal government “recognizes that affordable housing is one of the most critical issues that we are facing.”

Wellington County is currently conducting a campaign to raise awareness among county residents about the need for more diverse housing options to deal with the housing crunch. 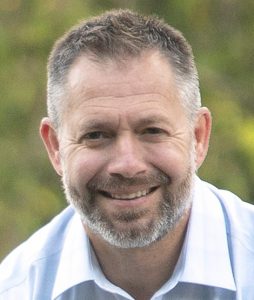 “It is good to see that they plan to invest a significant amount of money to accelerate the building of more affordable housing options,” Linton stated in an April 8 email.

“Of course, the details of how this will be rolled out and how this will positively impact Wellington County and Centre Wellington have yet to be determined. This is a step in the right direction for sure.”

Linton called the introduction of a Tax-Free First Home Savings Account a “positive for young families who need all the help they can get in order to buy that first home.”

The warden also said the proposed introduction of new rules related to foreign ownership and property flipping “is a positive step contributing to increasing the supply of homes for families who really need them.”

For the local community to “really benefit” from new funding in the budget, Linton said, “We will need to take our responsibility as local leaders seriously – both as the County of Wellington and the Township of Centre Wellington.

“I anticipate that the federal government will be looking for shovel-ready projects, so let’s do our jobs and approve local attainable/affordable housing projects that they can’t say no to.”

Other initiatives in the 2022 federal budget include:

Wellington-Halton Hills MP Michael Chong said the budget does not go far enough in some areas and goes way too far in others.

On climate change, Chong said the Liberals are good at making “grandiose” promises but they never follow through.

He said Canada pledged to meet emissions reductions by 2030 with the Paris Accord, “and after six years, the plan is not working. There’s no plan for battery-electrical vehicles; the carbon capture strategy is just a hope and a prayer; and emissions continue to rise. That’s a fact.”

Chong added the Liberals “should have controlled inflation by controlling spending. Instead, they doubled down on their previous approach – high taxes and more spending.”

Chong said he supports a dental program for children, “but the difficulty is in the details. We’ll have to see how they plan to implement this to know if we support it or not.”

Longfield noted that housing is one area of the budget with which he’s particularly satisfied. The Liberal MP said is currently working with the City of Guelph and Wellington County on areas for housing.

“I think that we’ve got so many gaps to fill in housing,” he explained. “It’s where do you start – young people trying to buy a house, seniors maybe staying in their house a little bit longer – we have needs across the board.

“I’ve had a lot of internal discussions on the housing needs that we have and some of them showed up in the budget,” he said, referring to the new housing accelerator fund.

“We’ve talked about helping people buy houses, but we haven’t really addressed supply until this budget where we’re really saying, ‘Okay, we’ve got a supply issue that we have to deal with,’” he added. 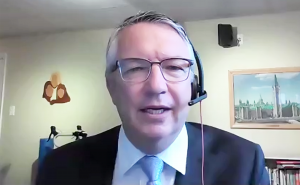 Longfield also pointed to the government’s move to put a freeze on foreign ownership for two years. Although its geared more towards places like Vancouver and Toronto, it has ripple effects for more rural areas, he explained.

“Especially for us in the county or in Guelph, we have so many people moving from Toronto because the housing prices are so inflated and one of the reasons is offshore ownership,” he noted.

Perth-Wellington MP John Nater called the federal budget “a mixed bag” and said the usefulness of announced measures related to housing will be determined as the details come out.

“The vast majority of this funding went to larger urban centers and the rural communities were left out, despite applications being made by many of our local municipalities.”

Nater expressed optimism about a two-year ban on foreign ownership of residential properties.

“In the last election the Conservative Party committed to banning foreign, non-resident ownership to help calm the housing market in certain areas where speculation and money laundering has been rampant. I’m glad to see that that’s coming through,” he stated.

“I think that will help in some of the larger urban centres, which of course sometimes flows out to our rural communities as well. So we’ll see how that pans out. But hopefully that will have an impact on the housing market.”

Nater said the creation of a Tax-Free First Home Savings Account may help some people save for a first home purchase.

“But there are similar programs already out there with the homebuyers plan which uses the RRSP system. So I’d be eager to see how this is going to be different from that, how it can be more beneficial, but it doesn’t really address the kind of the root causes of the housing crisis,” he said.

As for the war in Ukraine, Longfield said while the government is working around immigration and helping to get refugees to Canada, the country also has to help fight the war against Russia, which, as part of the budget, includes additional funding going towards military equipment and defence spending.

He said although military spending isn’t high on his list, he recognizes Canada has international commitments it has to meet.

The budget does include $8 billion in new defense spending over five years, plus another $500 million in military aid to Ukraine. 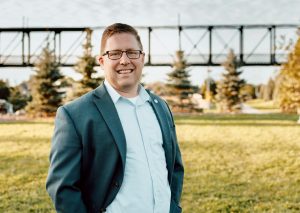 Nater said an $8-billion boost to defence spending is “unfortunately, probably a drop in the bucket in the great scheme of things.”

However, he added an increase toward a target of 2% of GDP spent on defence is something he views favourably.

“Particularly given what’s happening right now with the Russian attacks on Ukraine. Certainly any added supports that our military get in the fight against Vladimir Putin, I think that will be a positive,” he stated.

Chong agreed, stating  the Liberals have not honoured their international commitments. He added the budget falls shy of the 2%-of-GDP recommendation from NATO.

Chong said he supports aid for Ukraine, but Canada’s far north border is particularly vulnerable to a Russian invasion, he said.

“We have to do a better job protecting our sovereignty in the north. Russia has already made a claim for the seabed up to our waters,” he said.

“The world has changed in the last six weeks and what was once theoretical is now reality.”

While Longfield said he was generally satisfied with the budget, he criticized the government’s decision to pull out its COVID-19 emergency funding, citing it may be too soon with a sixth wave looming.

“I wonder whether we’re doing that too soon,” he said. “We’re just seeing the effects on the mask mandate being lifted; hospitals are filling up.

“I hope the sixth wave … isn’t going to be what we’ve seen in the past,” he added. “But the fact that we’ve pulled out of the emergency funding, it’s a risk, so that did strike me.”

The budget indicates the federal deficit is projected to sit at $113.8 billion for  the current (2021-22) fiscal year, down from the $144.5 billion estimated in a December fiscal update.

Longfield noted 60 per cent of the budget puts focus on growing the economy.

“So that being the case, we know that we have to pay down the debt, and this does show us an off ramp that we are now decreasing the deficit between now and 2026,” he explained.

“It does show that we are using fiscal prudence,” he added. “But when you look at our comparators of our debt, our debt … is still very low compared to other major industrial economies and if we also look at our recovery, it’s higher than most.”

He noted the government is being prudent in its spending now, cutting back on the emergency spending and showing an “off ramp for our increasing debt load,”  and they’re projecting decreases in the country’s debt over the next five years.

But, in order to get there, the government needs to continue to keep the economy growing, he explained.

Nater said the deficit projections are still more than Canadians can afford. 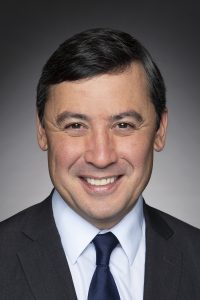 “I think generally the deficit is still too high, particularly with threat of interest rates going up in the immediate term,” he said.

“Even a one per cent increase in interest rates is a huge cost added to the government’s books each year.”

Chong agreed, stating the biggest problem with the budget is that it doesn’t address debt.

“They’ve massively increased spending without a plan to address debt and that’s not sustainable,” he said.

“The business community is raising the alarm. And if we don’t get on a sustainable track, we could have another economic crisis like the 1990s.”

Chong said debt has doubled under Prime Minister Justin Trudeau to $1.2 trillion, and with high interest rates, the cost of servicing the debt will increase too.

Nater indicated he was disappointed with what he sees as a lack of focus on agriculture in the budget.

“We’re coming up to the new Canadian Agricultural Partnership (a $3-billion, five-year investment by federal, provincial and territorial governments to strengthen and grow Canada’s agriculture and agri-food sector) which will take effect in spring of 202,” he stated.

“We’re less than 12 months away from that, and we saw no firm commitment to changes with risk management programs, to make those changes to AgriStability that those in the agriculture industry have been calling for for a number of years now. So not seeing that commitment there I think is a disappointment.”

Overall, Longfield said, this budget will help the average Canadian “get the benefits of economic growth.

“And we’ve seen other recoveries where the income gap keeps growing.”