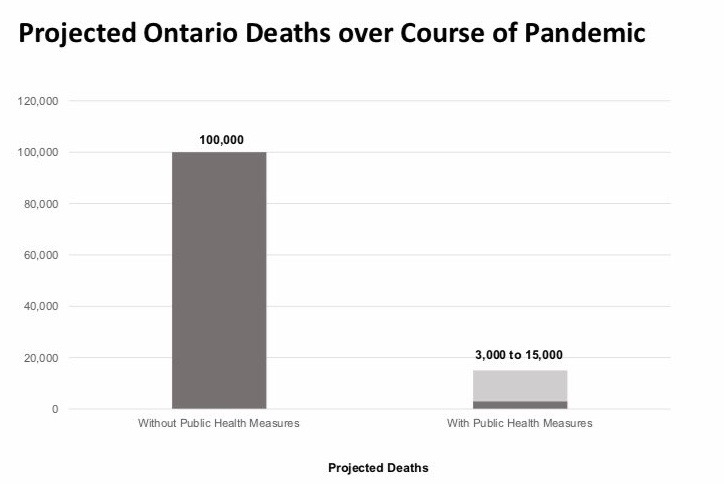 Provincial health officials say 3,000 to 15,000 Ontarians could die due to COVID-19 over the next 18 months to two years. The total, officials say, will depend on preventative measures introduced over that time. Province of Ontario slide

TORONTO – Health experts say 3,000 to 15,000 Ontarians could die during the COVID-19 pandemic, which could last up to two years.

That was one of the staggering statistics revealed on April 3, as provincial health officials released pandemic projections for the first time.

Dr. Peter Donnelly, president and CEO of Public Health Ontario, warned that modelling for a new virus is “inexact,” but stressed there is no doubt steps taken to reduce the risk have – and will – save lives.

Had nothing been done, officials say COVID-19 could have killed 100,000 Ontarians over 18 months to two years, which is how long it could take to eradicate the virus after secondary or “tertiary” waves.

Donnelly said that figure has been mitigated by “very detailed actions … which have been taken in response to emerging science.”

“It is reasonable to say that if we do everything we can think of … we can reduce the death toll” to somewhere between 3,000 and 15,000, Donnelly stated during the April 3 press conference.

He stressed with self-isolation and social distancing, and looking after the most vulnerable, deaths could be limited to the low end of that range.

Dr. Adalsteinn Brown, dean of the public health school at the University of Toronto, offered a picture of the next 30 days in Ontario.

With current mitigation efforts those numbers are projected at 80,000 cases and 1,600 deaths within 30 days.

With further preventative measures, the figures could be reduced to 12,500 cases and 200 deaths. 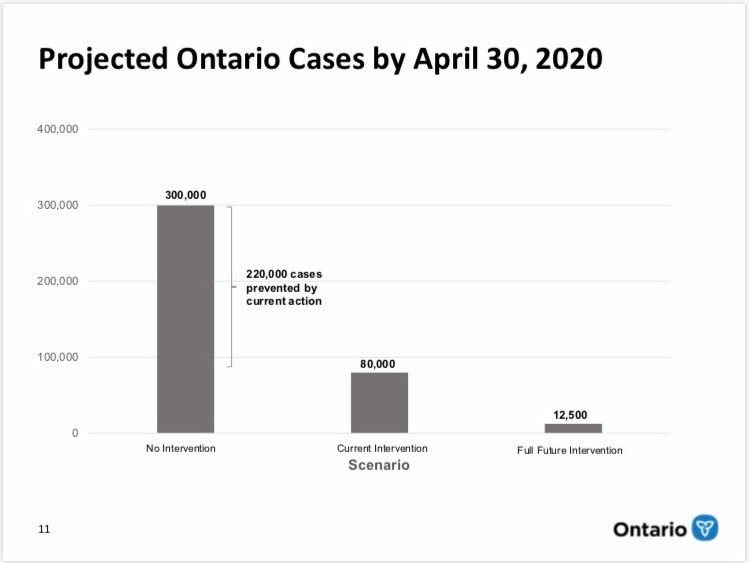 Officials also stressed the health care system will be stretched to capacity by month’s end, notably the number of beds available in intensive care units (ICU).

In the province’s “best case scenario,” within 30 days COVID-19 patients will almost fill 900 additional planned ICU beds. In the worst case, demand will more than double the available ICU beds. 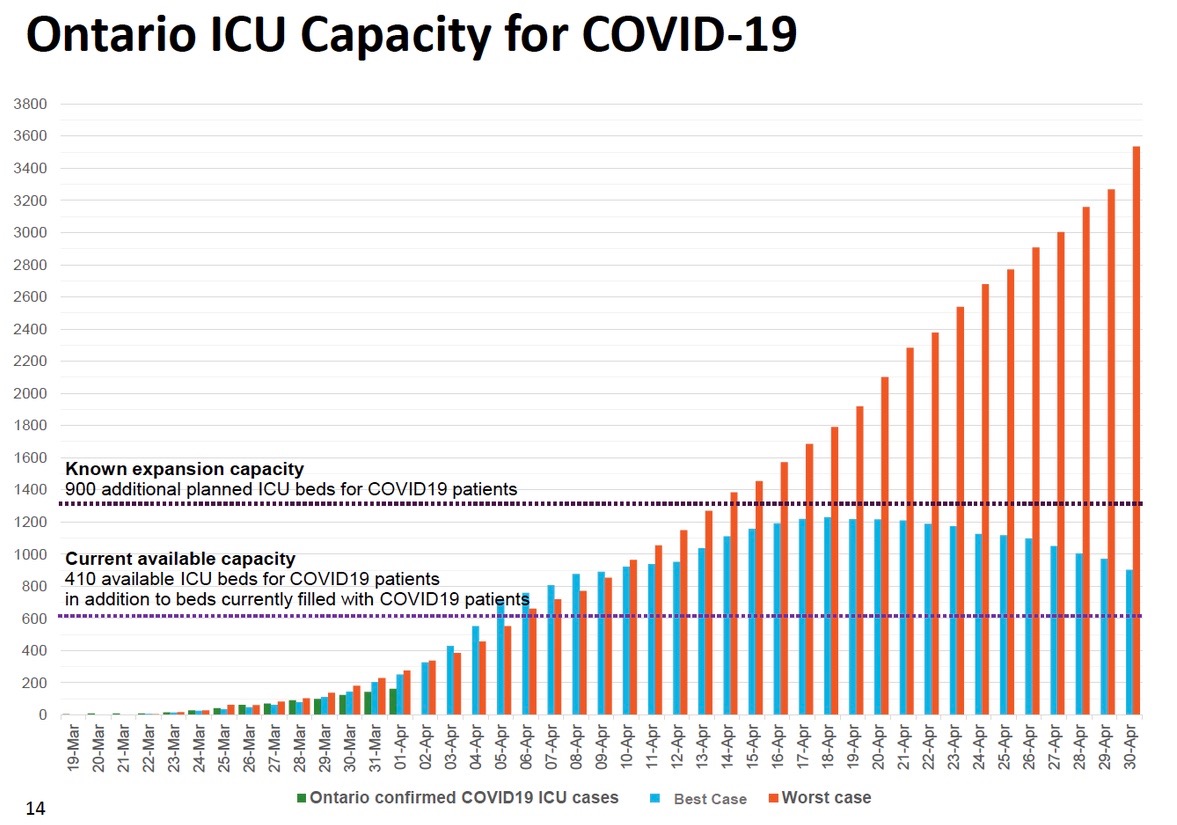 Officials agree the best way to keep things as close to the “best case” scenario as possible, is to adhere to strict distancing requirements.

“It’s about breaking the chain of infection,” said Donnelly. “We want to avoid overwhelming the [health care] system.”

Ultimately, he added, distancing is also the best path to economic recovery.

“There is no dilemma between saving lives and saving the economy,” said Donnelly. “Bearing down hard now achieves both things.”