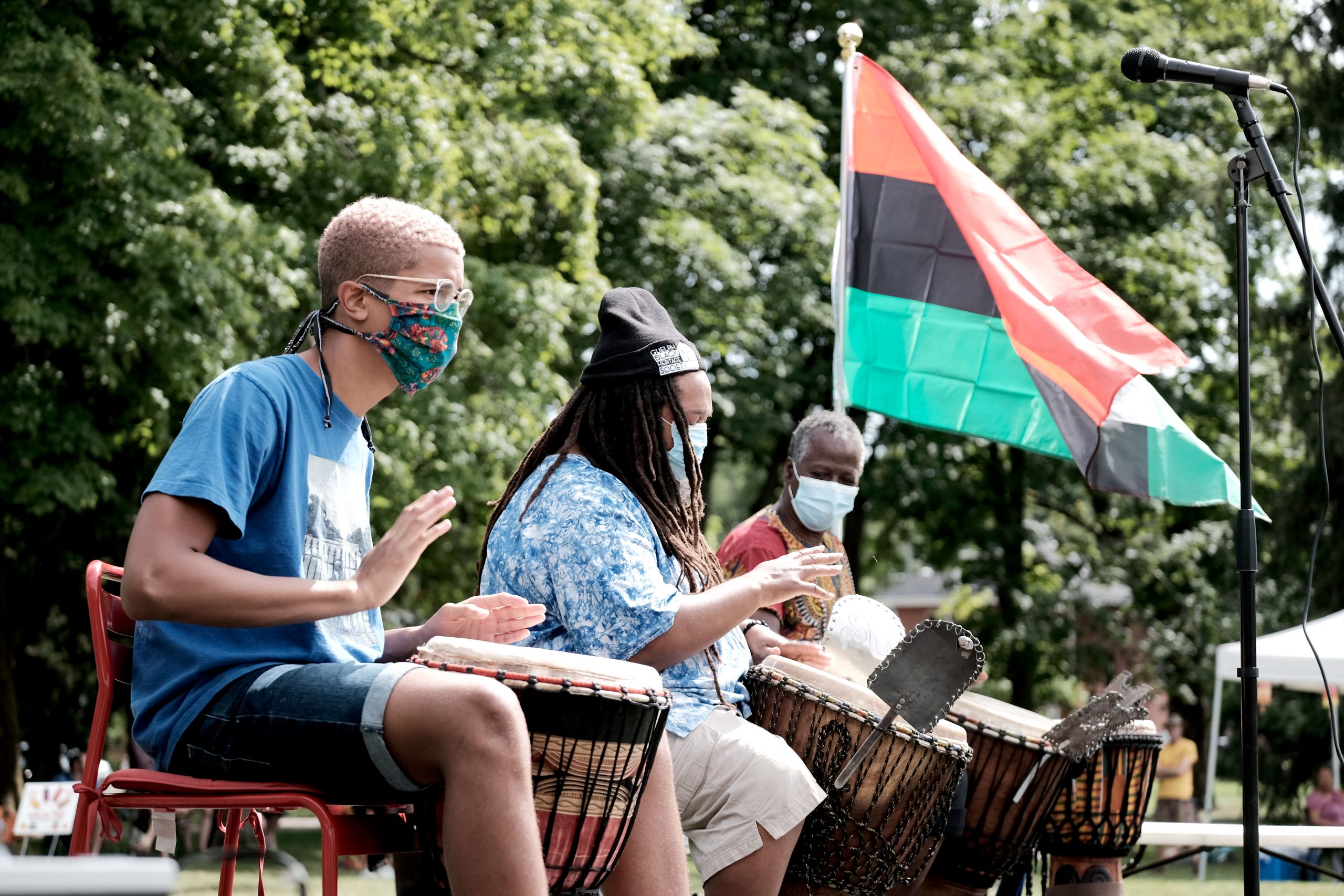 One year later, the society is again hosting its annual Emancipation Day Jamboree on Aug. 1. The event will be held outdoors, in the rear yard of its Heritage Hall, at 83 Essex St. in Guelph.

“This act freed more than 800,000 people of African descent throughout the British Empire. Since then, Emancipation Day has been celebrated on or near Aug. 1 each year.”

Francis emphasized this is the first year the Canadian government has officially designated Aug. 1 as Emancipation Day, though the day has been designated in Ontario since 2008.

The GBHS event will take place from 3 to roughly 6pm. There is a suggested donation fee of $10.

“We don’t want to say to people ‘don’t come,’” said Francis, noting GBHS officials want to create  an inclusive event and they are aware of the financial constraints some people may face.

Francis noted the amount of people allowed at one time in the outdoor backyard space will be limited to comply with COVID-19 regulations.

The jamboree will feature a variety of activities, starting with the raising of the Pan-African flag, followed by a Caribbean dance movement class, opportunities for education on the day and a spoken word presentation by Don Mahleka.

There will be music from DJ Ess and a menu of Caribbean food from Big Jerk Smoke House.

To receive a meal at the event, pre-order by July 29 at https://my-site-gbhs.square.site.

Proceeds from the GBHS Emancipation Day Jamboree will go towards the Give a Cup Capital Campaign.

Francis said GBHS officials are excited to be able to host an in-person event again.

“It’s so nice to be out with our community and among our friends,” she said.

For more information about this year’s program, visit www.heritagetrust.on.ca.

Beginning July 26 and leading up to Aug. 1, the trust will release daily videos on its YouTube channel, social media and website. Videos will range from interviews with authors, filmmakers and an underwater archaeologist to cooking demonstrations and musical performances.

“All will explore and celebrate different aspects of Ontario’s Black history and culture and the contributions Black Ontarians have made and continue to make in all parts of society,” officials stated.

Join a live virtual tour of Uncle Tom’s Cabin Historic Site on July 26 and 30. Pre-registration is required. To book a ticket, visit eventbrite.ca/e/uncle-toms-cabin-historic-site-virtual-tour-happy-emancipation-day-tickets-151083694397.