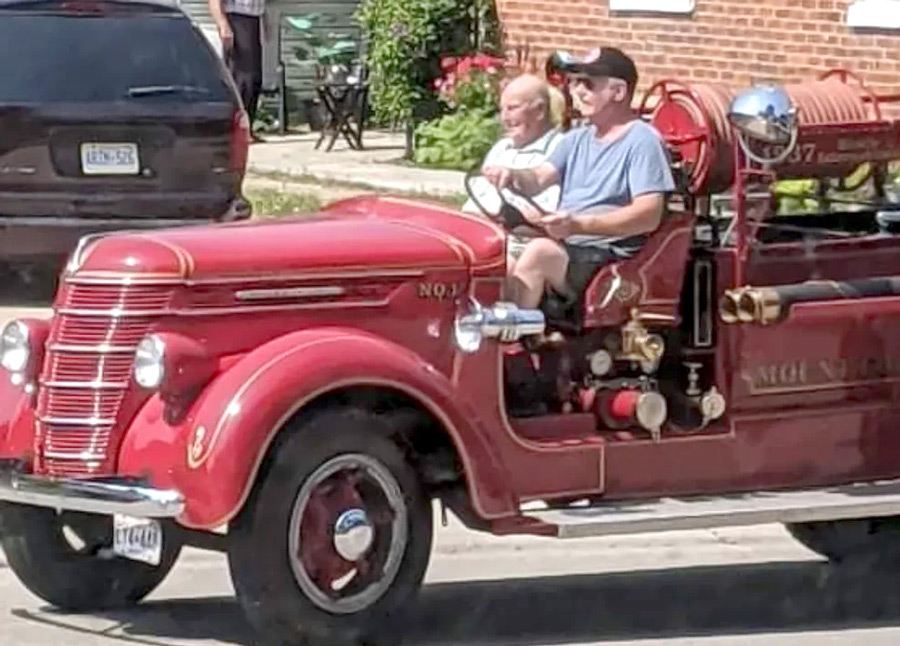 Joy ride – Former deputy fire chief Leonard Seifried, 92, was given a ride in a 1937 International Fire Truck by current deputy chief Bill Hieber on July 25. Seifried served in the position from 1971 to 1995. Submitted photo

MOUNT FOREST – Leonard Seifried received a welcome surprise when he heard a knock on his door on July 25.

Hieber and Seifried then embarked on a tour through Mount Forest.

According to Seifried’s son-in-law Bill Dineen, the opportunity came as a complete surprise to Seifried.

“He (Hieber) just came out of the blue with it,” Dineen said.

“Leonard was thrilled about the ride. It was a really nice surprise to him, and a beautiful day for it. Bill Hieber just showed up and said, “come on, let’s go for a ride.”

Seifried first joined the fire department in 1959. He became deputy chief in 1971 and held that position until his retirement in 1995.