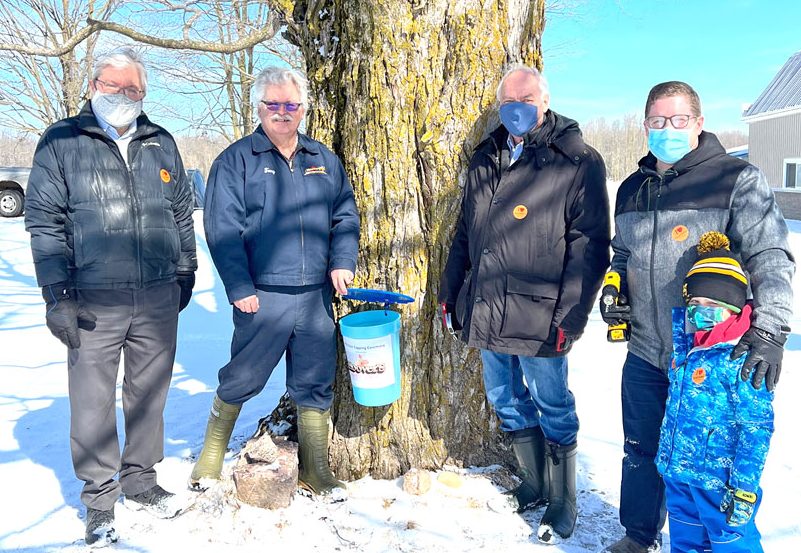 ATWOOD – The first ceremonial tree tapping of the year rendered not a drop of tree sap at Hoover’s Maple Syrup farm on Feb. 25 as temperatures sank well below freezing.

But the blustery grip of winter didn’t chase away the optimism of a nearing spring arrival at Hoover’s, located less than 10km outside of Listowel.

Terry and Diane Hoover, who own and operate the sugar bush, belong to the Waterloo-Wellington branch of the Ontario Maple Syrup Producers’ Association.

Typically the association orchestrates ceremonial tappings each year, marking the beginning of the maple syrup harvest, but as with everything else, COVID-19 restrictions meant the past two years weren’t so ceremonial.

With the return of the tradition, it’s also the first time the tapping has been held at the Hoovers’ location.

“Everybody’s been cooped up for two years now, so everybody’s hungry for an excuse to get out,” Terry said.

“We want to let them know that all maple syrup producers are open, and you can walk in the bush for a tour – it’s all outside.”

There were around 50 people in attendance, according to Terry, including local political dignitaries. 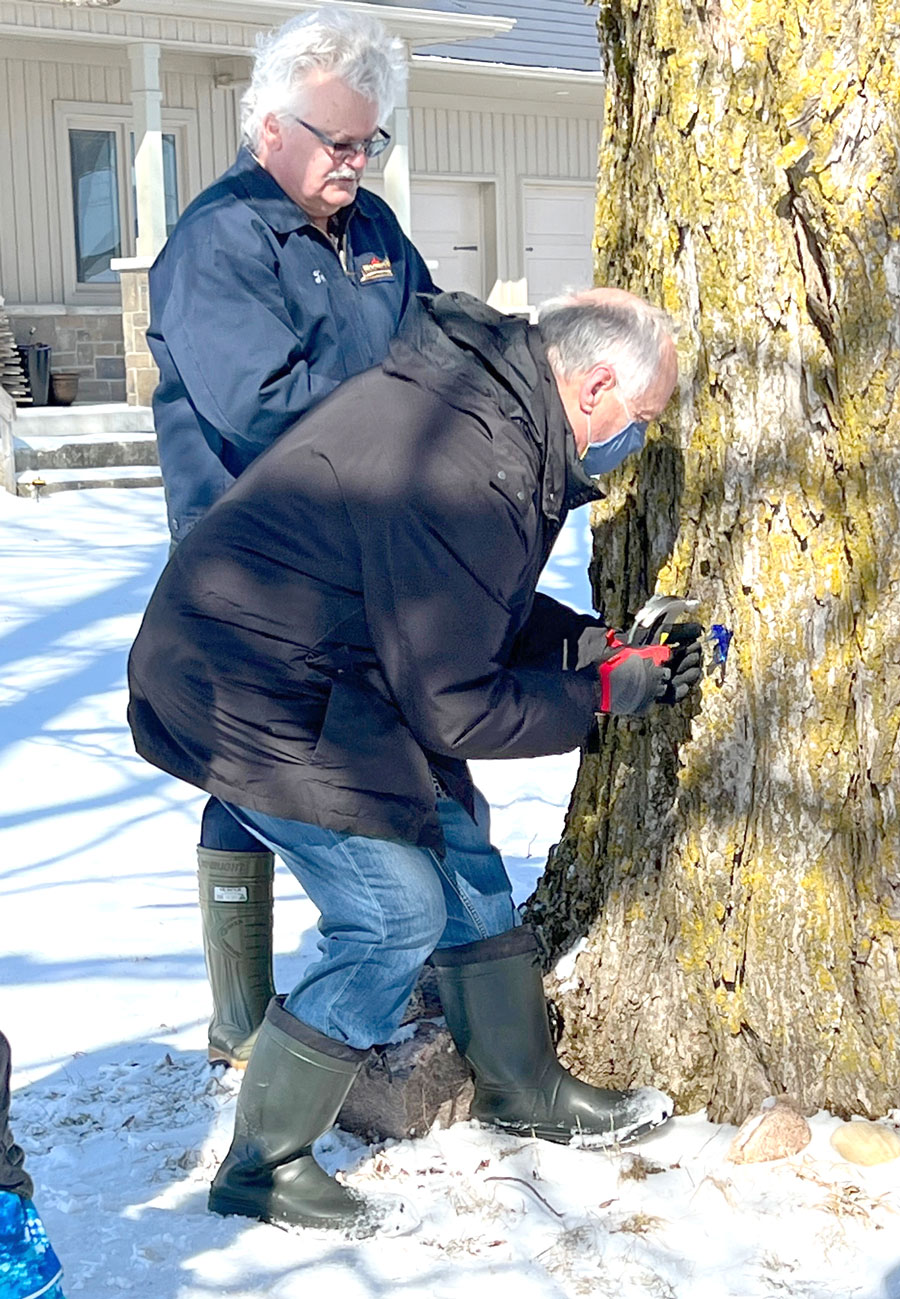 “Who says three levels of government can’t get along,” Terry joked.

After the first tapping, attendees enjoyed homemade apple crisp made with maple sugar, ice cream and a drizzle of syrup from last season’s harvest.

Terry provided a tour of the facility, an endpoint for 2,400 taps connected to 11km of tree-to-tree line feeding into 1,500 feet of underground line running to the “sugar camp.”

The Hoovers extended a big “thank you” to all involved, and said “many hands make light work.”

Both especially appreciate the community support and enjoy sharing their love of “everything maple.”

All the taps will be in place by the time this newspaper hits doorsteps, and Hoover anticipates the first boiling of this season’s sap will happen this weekend.

March is Maple Month and the Hoovers are running weekend tours to celebrate the month leading into Maple Weekend – the first weekend in April.

To book a time for a tour, visit: www.hooversmaplesyrup.com.