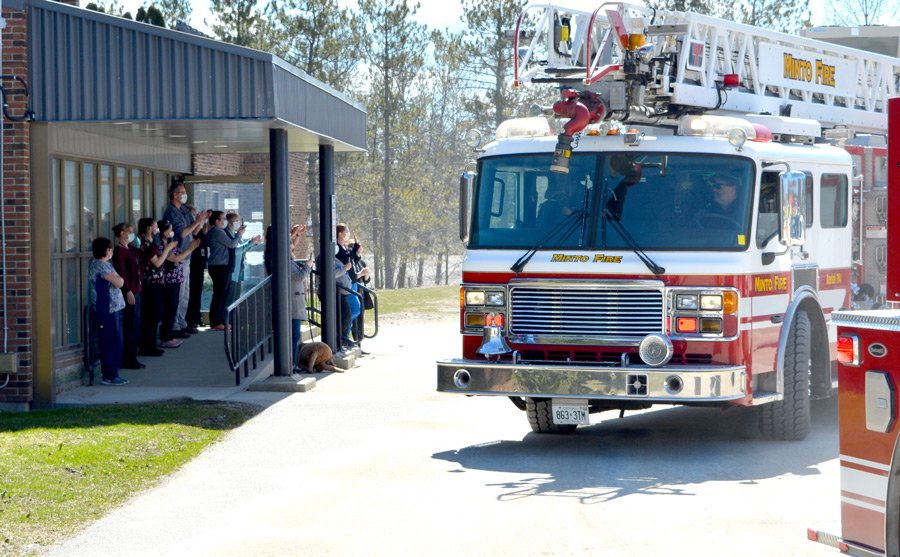 PALMERSTON – For Chris Harrow, taking part in a show of support for local health care workers on April 3 was an easy decision.

As both Minto fire chief and the husband of a frontline health care worker, he knows full well the everyday risks that come with working in the industry – particularly during the COVID-19 pandemic.

“This is a really tough time and it’s very stressful,” Harrow said. “The least we can do is show support for them.”

Harrow and fellow Minto firefighters were joined by representatives of the Wellington County OPP, Guelph Wellington Paramedic Services and Mapleton Fire Rescue in a drive-by salute to health care workers at Palmerston and District Hospital and the Royal Terrace nursing home.

“It meant a lot for us to show unity together,” said Harrow, noting about 15 vehicles took part.

Similar displays have been coordinated across Ontario to show appreciation for those on the frontlines of the COVID-19 pandemic.

Nancy Cleary, patient care manager at the Palmerston hospital, said the tribute was very much appreciated.

“As many available staff as possible went outside to see the recognition from our local emergency response colleagues,” stated Cleary in an email. “The breadth of the tribute and number of vehicles was a surprise to us!

“We were humbled, as we in turn recognize the contributions of each of the first responders … and we have the utmost respect for the part they too are playing.

“That they would do something in such a way to recognize us was truly moving. We were all very emotional, grateful and proud.” 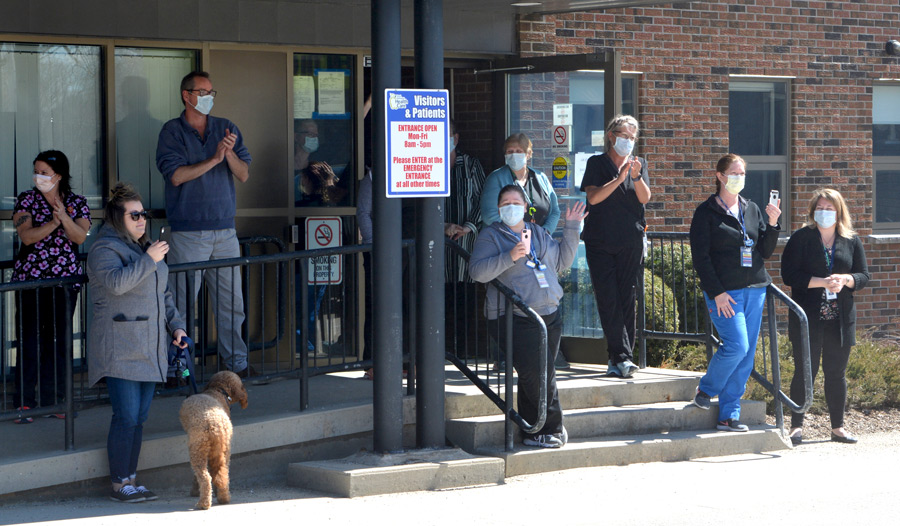 Harrrow said it was nice to see the workers waving in appreciation.

“You could see the smiles through their masks,” Harrow said.

He added several went out of their way on social media to thank police officers, paramedics and firefighters for their support.

“A lot of workers thanked us and said it lifted their spirits and it meant a lot,” said Harrow.