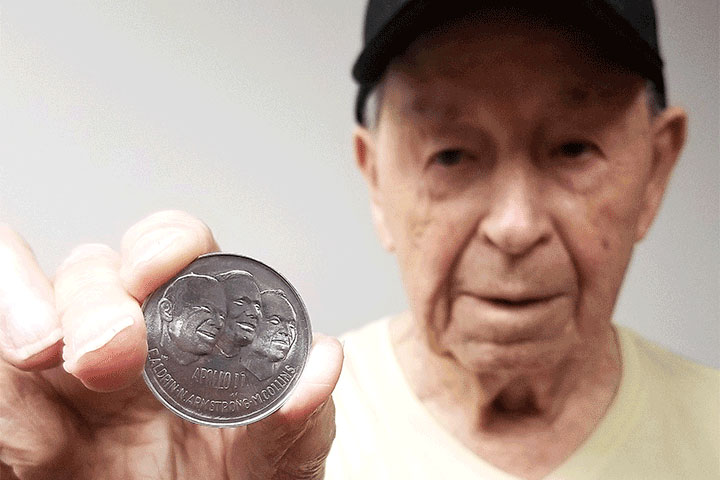 Historic day - Fergus resident Webb Lyle shows off the commemorative coin he purchased decades ago to celebrate Apollo 11’s historic lunar landing on July 20, 1969. It features crew members Edwin “Buzz” Aldrin, Neil Armstrong and Michael Collins on one side and the Apollo Lunar Module on the other. Lyle, now 86, vividly recalls watching the moon landing on live television 50 years ago. The avid historian and collector also counts a large National Geographic poster of all Apollo crew members among his prized possessions. Photo by Chris Daponte