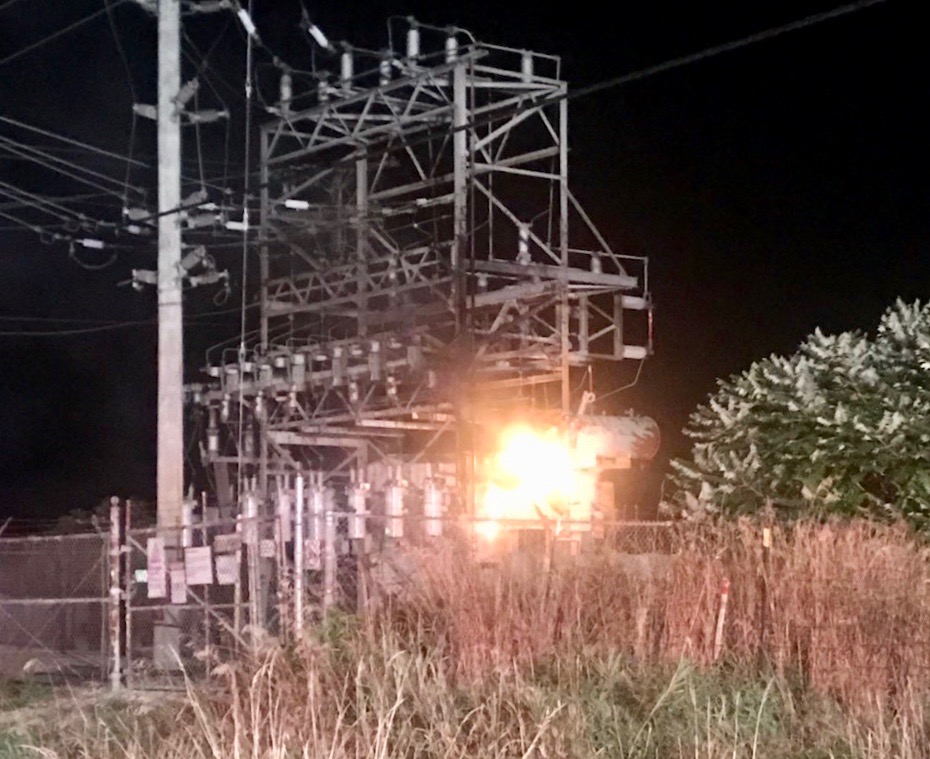 Over 1,500 Hydro one customers were without power early on Sept. 11 due to a fire at a substation on Wellington Road 18 near the OPP station. (Centre Wellington Fire Rescue Services images)

However, because the fire was contained within the substation on Wellington Road 18, the fire department notified Hydro One and waited until the power was turned off before extinguishing the fire, explained deputy fire chief Jonathan Karn.

“We can’t do a lot until the power is isolated,” Karn said.

There were 17 firefighters on the scene from the Fergus station and there were no injuries.

Karn said the cause is unknown at this time but Hydro One remains on scene.

While many areas of Fergus, Elora and Salem serviced by Hydro One were initially without power, Karn said Hydro One was able to backfeed many of the customers and hydro is now restored in many areas.

The Hydro One website noted 1,559 customers in the area were originally without power.

The outage still showed on the website shortly after 10am, but the site noted power was expected to be restored by 10:15am. 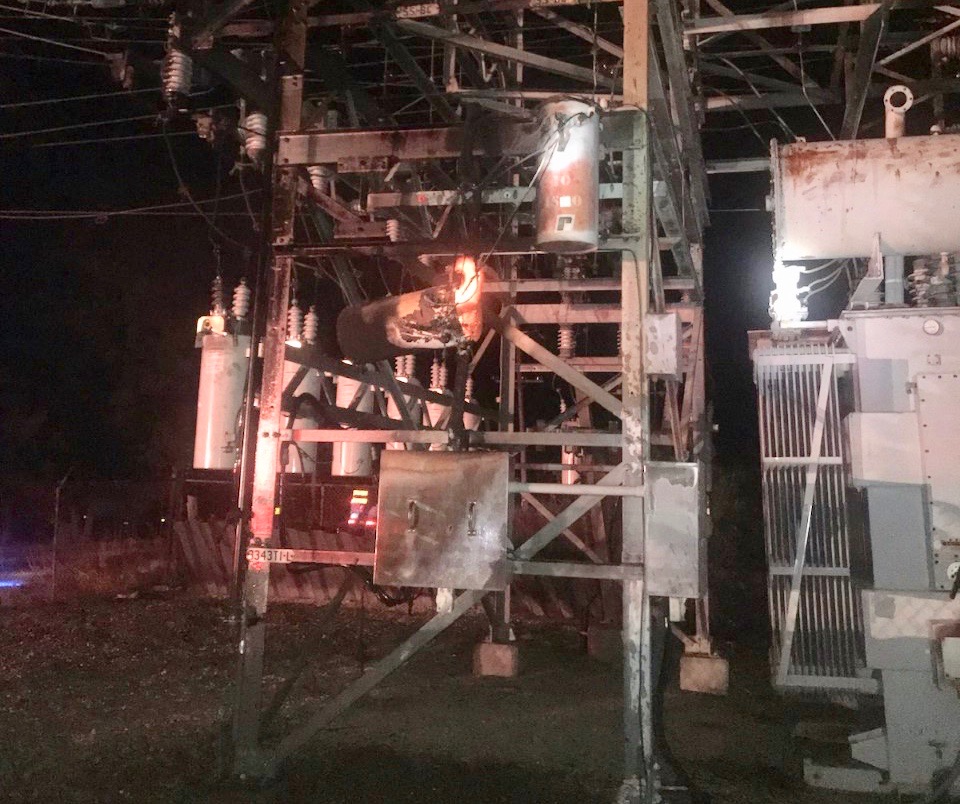