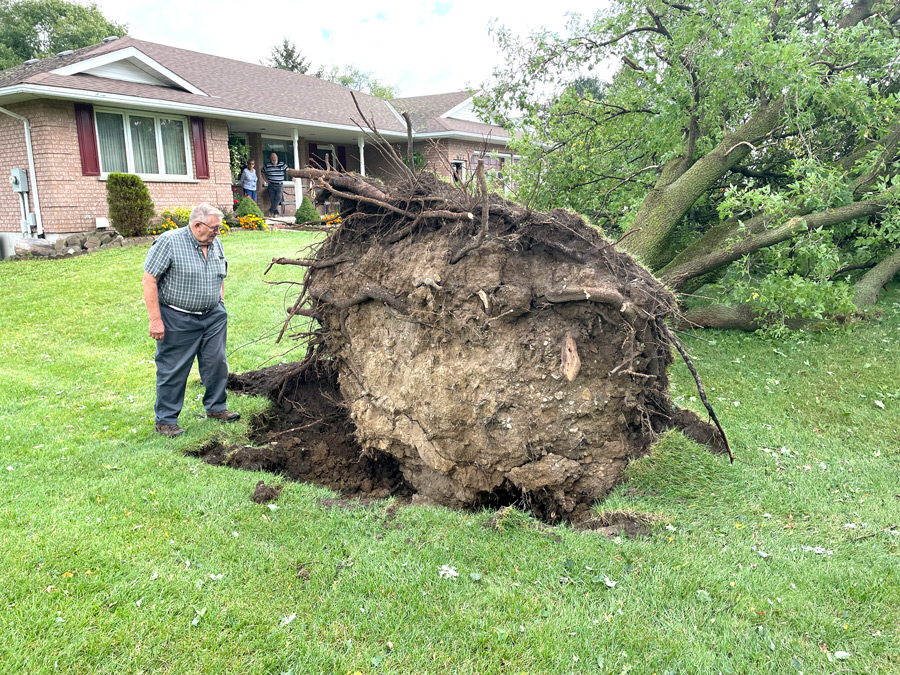 MOUNT FOREST – Large trees and hydro lines were downed around northern Wellington during an early evening thunderstorm that included powerful winds, damaging hail and a confirmed EF1 tornado that tore a narrow swath of damage between Harriston and Kenilworth.

Joe Meyer and his wife Kathy were at their Queen Street home in Mount Forest when the Sept. 7 storm began.

“It got real dark and quiet. Then it started hailing – big hail,” Meyer recalled as he surveyed the damage the next morning.

The Meyers went to their basement until the storm noise abated and emerged to find “trees laying all over the place,” he said.

A large tree on Meyer’s front yard was completely uprooted and another tree nearer to the road was “basically split in half,” he added.

The latter tree had fallen onto Queen Street West (Highway 89) causing a traffic hazard until public works crews arrived to remove it later that evening.

“Cars were driving almost into the ditch to get around it,” Joe observed

The Meyers’ home was not damaged in the storm, but Joe said they lost power from about 6:30 to 9:30pm.

While disappointed about the loss of mature trees on his property, Meyer pointed out it could have been much worse.

“At least the house is still standing,” he said.

Hundreds of Hydro One customers in large sections of northern Wellington County were still without power mid-morning on Sept. 8 as a result of the storm, which included reports of tornadoes and substantial property damage in the Lucknow and Point Clark areas.

Union and William Streets were closed between King and Queen Streets in Harriston and residents of that area were without hydro due to downed power lines well into the day on Sept. 8.

Elsewhere in Minto, considerable damage, including downed trees and damaged farm buildings, could be seen in some areas. 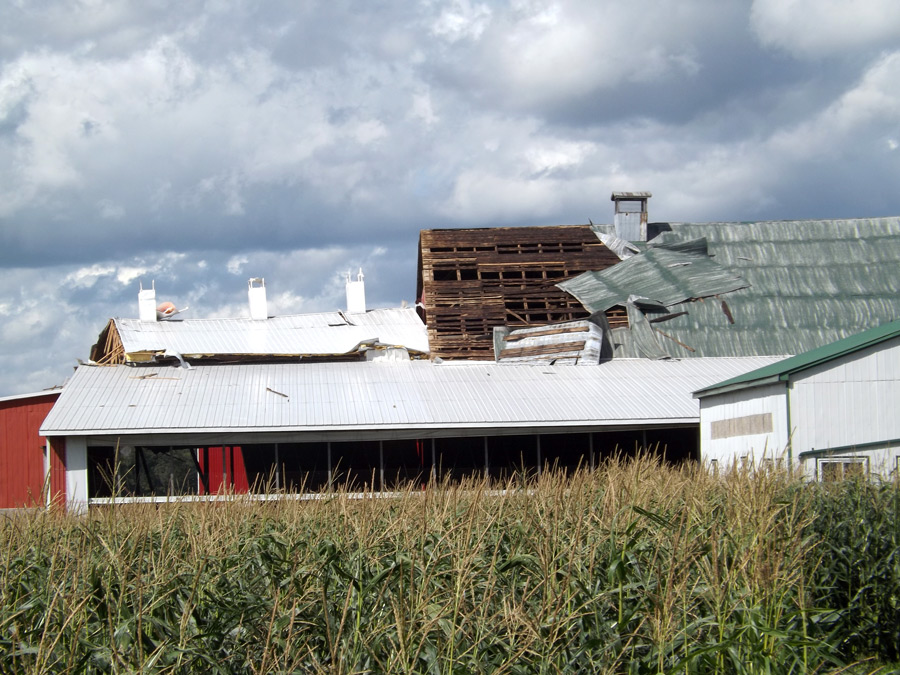 Trees and properties along Minto’s 6th Line sustained damage, including this shed with a portion of the roof displaced.

In Kenilworth, the public school was closed for the day and the Wellington North municipal office was closed for a couple hours due to a power outage.

On Sept. 10, the University of Western Ontario’s Northern Tornadoes Project (NTP) confirmed an EF-1 level twister was responsible for the damage between Harriston and Kenilworth.

In an online posting NTP stated a ground and drone survey was completed Sept. 8, “and a path of structural and tree damage was discovered southeast of Harriston to southwest of Kenilworth.”

The NTP’s preliminary assessment revealed an EF1 tornado, with an estimated maximum wind speed of 160km/h, track length of 9.43 kilometres and maximum path width of 560 metres.

The NTP states the tornado motion was from the west, approximately 280 degrees. 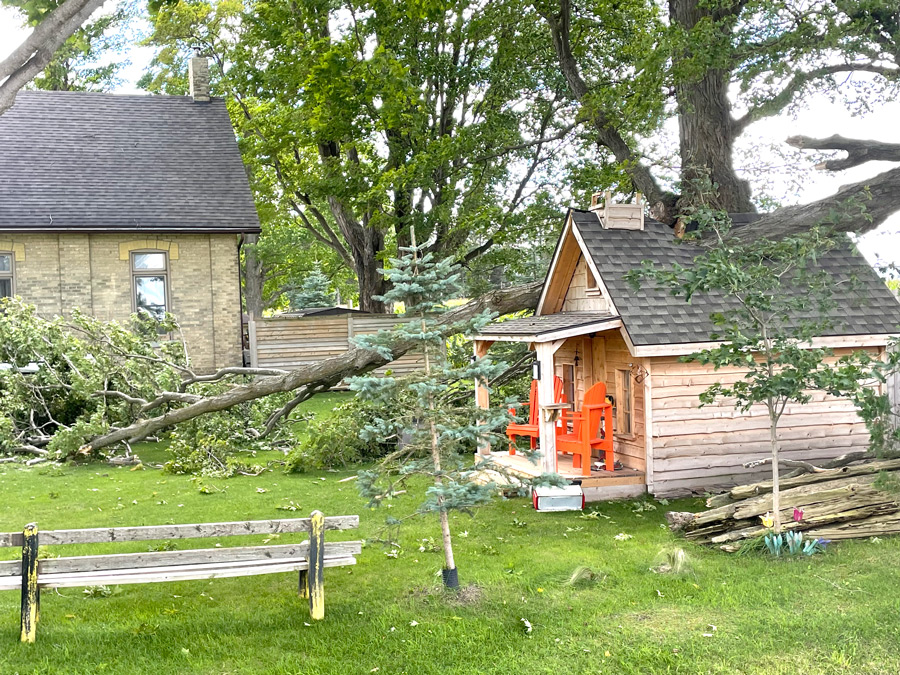 A small shed on a Farewell property sustained damage when a limb fell on it.