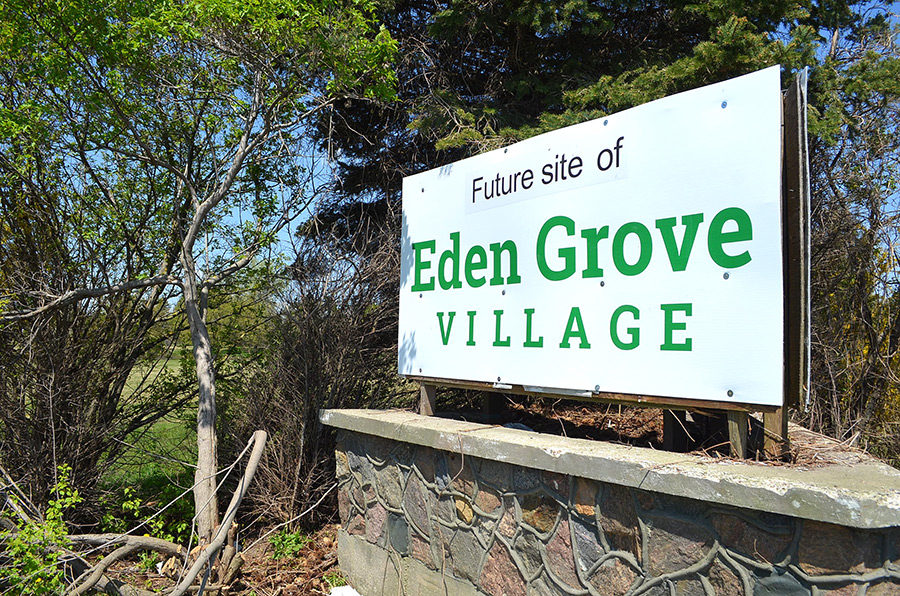 NORTH PERTH – The long vacant 160-acre property that was the former location of the Midwestern Regional Centre is officially off the market.

Midwestern Newspapers confirmed on May 17 that Eden Grove Village, a not-for-profit corporation comprised of several regional members, recently closed the purchase of the sprawling parcel of land on Highway 23 between Gowanstown and Palmerston.

The property was most recently put up for sale in the summer of 2019, with an initial asking price of $3.5 million. The site includes multiple structures arranged in a campus setting totaling 128,000-square feet.

Eden Grove member and ad-hoc board secretary Ronald Martin said the corporation was created solely to take ownership of and develop the property, which had remained largely unoccupied by the previous owner – Cham Shan Temple, a Buddhist organization – for the past few years.

“This corporation was formed to create this village, as a community service, really,” said Martin of Eden Grove Village. “So far, we don’t actually have plans, we have ideas. There seems to be a demand for assisted living and retirement (living), but there’s also a demand for apartments, for beginning home owners.”

“The use of it is intended to be really widespread.”

Martin, a St. Jacobs resident, added that the initial idea is to essentially create a community comprised of residential living and smaller commercial or industrial spaces. Eden Grove Village’s members consist of investors from Perth and Wellington counties, as well as the Region of Waterloo.

Prior to the conversion into a Buddhist temple approximately 10 years ago, the site originally functioned as the Midwestern Regional Centre. Midwestern opened in 1965 and was home to over 200 people with various developmental disabilities. It ceased operations in 1998.

In 1999, the province sold the property to Village Green Lifestyle Community Corp., which later had the site re-zoned A-27 to permit for a proposed nursing home with 100 units, a hotel and conference centre, and accessory retail uses within its existing buildings. The Village Green development also proposed a residential land lease development (maximum 100 attached dwellings), commercial recreational use, and a private nine-hole golf course.

The Village Green development never got off the ground and was sold to Cham Shan Temple in 2011.

In the past few years, the property has received largely unwanted attention in the form of trespassers and vandals, with the Perth County OPP laying a number of charges over the past year especially.

“The place has been vandalized big time,” affirmed Martin. “Our presumption at the moment, without doing any in-depth studying, is that we will be able to reuse the actual shell, and just re-do the inside.

“This property created our ideas. It was a stimulus for the ideas that we decided to pursue. The plan is still in the creation stage.”

Martin said potential re-zoning and applications for amendments to the Official Plan are expected to encompass the next year, while Eden Grove Village looks to focus on cleaning up and maintaining the site.

– With files from Mike Wilson