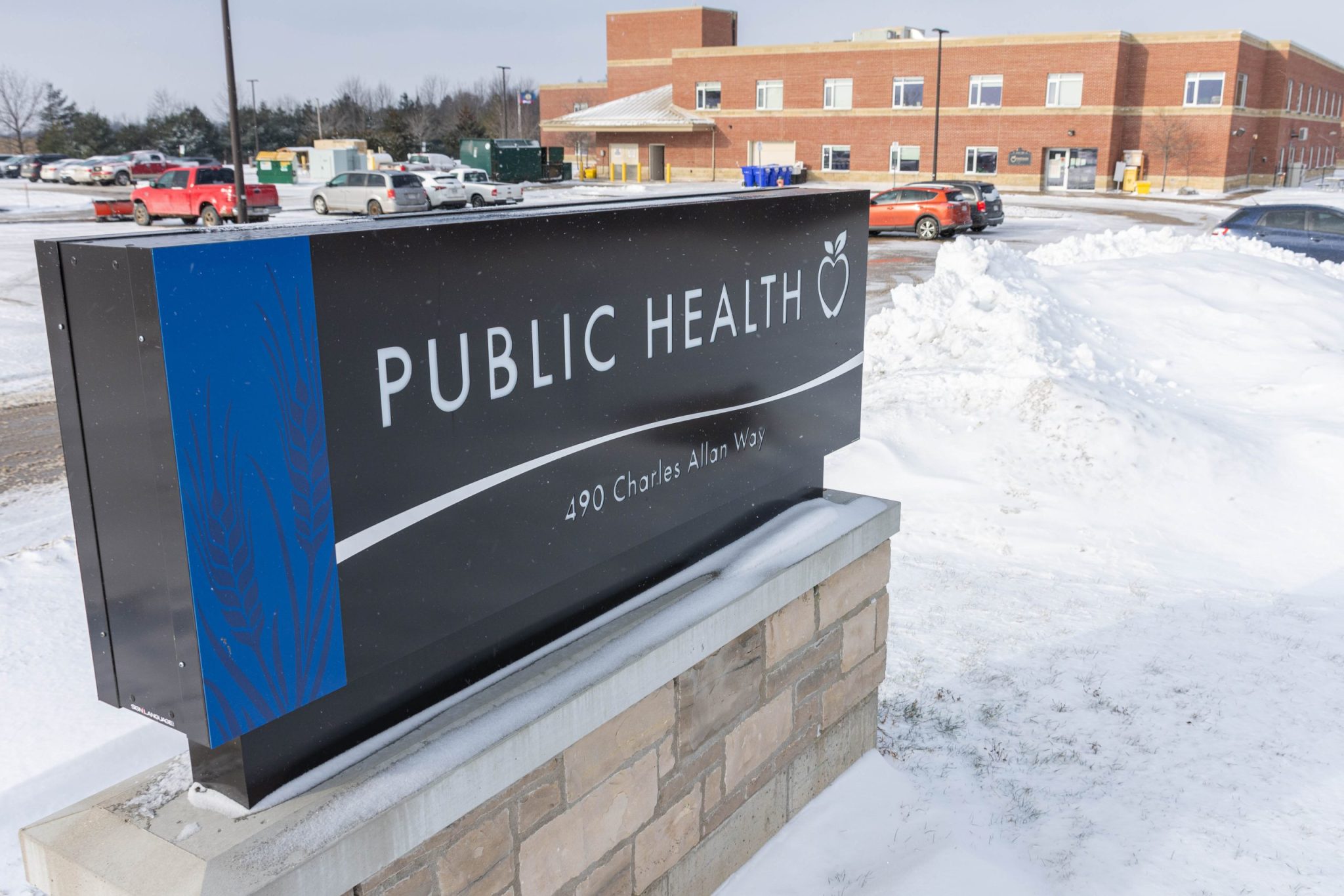 As of Feb. 7, there are 484 known active cases throughout the Wellington-Dufferin-Guelph Public Health region and 30 individuals are hospitalized with COVID-19. Advertiser file photo

WELLINGTON COUNTY – There are 484 known active cases in the Wellington-Dufferin-Guelph Public Health (WDGPH) region as of Feb. 7, with 156 new cases reported over the weekend (Feb. 4 to 6).

As of Monday, Wellington County is home to 125 confirmed cases, of which 42 are new.

There are 125 cases active in Dufferin County and 213 in Guelph.

It is important to note provincial changes narrowing the eligibility for who can access publicly-funded testing to confirm COVID-19 cases in the province has resulted in an underrepresentation of how many active cases there truly are in the province.

Rather than focus on case numbers, the province’s top doctor, Kieran Moore, stated on Jan. 3 that the province would watch hospitalization data to gauge the virus’ impact on the health system.

The number of people hospitalized with COVID-19 in the region (including the three Wellington hospitals as well as those in Orangeville and Guelph) was 30 on Feb. 5, down from 40 reported on Jan. 29.

According to seven-day moving averages reported by WDGPH, acute care occupancy levels reached 82.7% on Saturday and 85.7% in ICUs.

Vaccination statuses of those hospitalized locally are not disclosed. 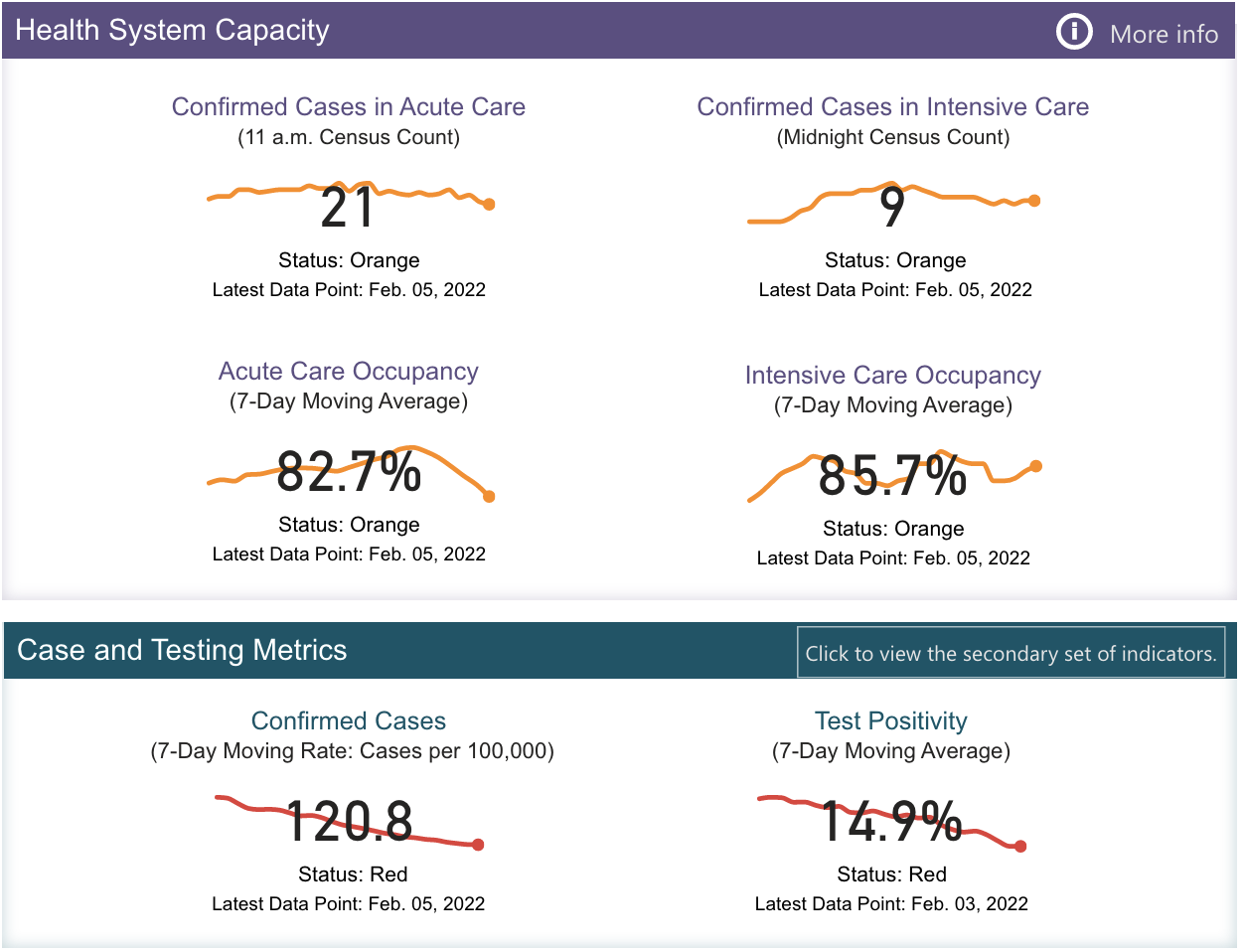 However, according to provincial data, as of Monday morning, there are 642 unvaccinated persons hospitalized with COVID-19 across the province, of which 158 are in an ICU.

In contrast, there are 1,438 two-dose vaccinated persons hospitalized across the province, of which 174 are in an ICU.

Of the total persons hospitalized in the province, regardless of vaccination status, 54% have been admitted because of COVID-19 related related reasons, with the remaining 46% testing positive for the virus, but admitted for non-COVID-related reasons.

Because of a lag in data reporting, there are nine new COVID-related deaths reported by WDGPH today.

According to WDGPH spokesperson Danny Williamson, the deaths occurred between Jan. 26 and Feb. 3.

Williamson confirmed in an email that five Wellington County residents at least 70-years-old have had their deaths attributed to the virus. Three Dufferin County residents and one Guelph resident, all over the age of 60, have also died.

In Wellington County 84.5% of eligible residents five and over are two-dose vaccinated and 60.6% of those at least 18 and over have received a third dose as of Feb. 7.

Less than 70% of residents in Mapleton are vaccinated, and it remains the only municipality within the county below that threshold.

According to the province’s Advisory Science Table data, as of Feb. 6 there were 400 new cases every day per million people in those unvaccinated, and 161 cases per day in those with at least two doses.

The data concludes there’s a 60% reduction in the risk of contracting a case with two vaccine doses.

The reduction in the risk of being hospitalized with two doses is 83.5%.

Across the region, according to WDGPH data as of Feb. 7, there are an estimated 11,036 high school students who are vaccinated with two doses, 247 with only a single dose, and 1,701 students who have not yet received a single dose.

In elementary schools in the WDGPH catchment area, there are an estimated 28,407 students who are now eligible for vaccination, according to WDGPH data as of Feb. 7.

Of that group, 6,306 elementary students are at least vaccinated with a single dose, and 11,817 are two-dose vaccinated.

The remaining 10,284 students have not yet received a single dose.

There are currently two active outbreaks of COVID-19 declared by WDGPH at long-term care homes within Wellington County.