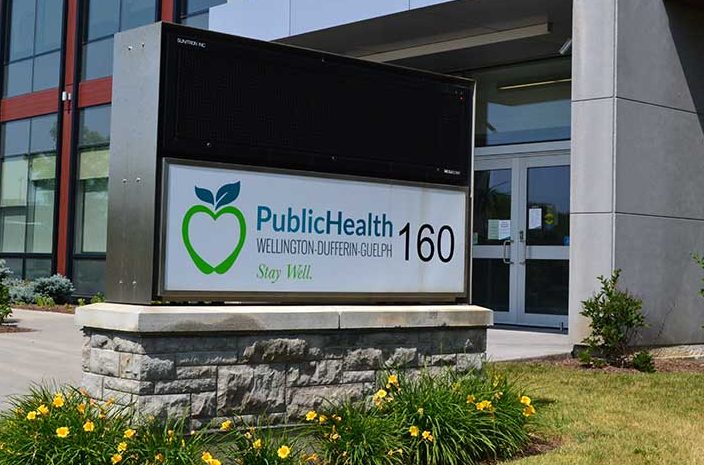 WELLINGTON COUNTY – Confirmed COVID-19 cases and hospitalizations are down in the Wellington-Dufferin-Guelph Public Health (WDGPH) region this week. 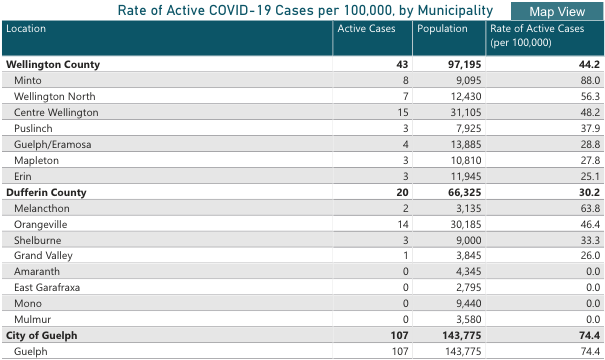 As of Sept. 22, there were nine people hospitalized across the region who tested positive for COVID-19, down from 12 four days earlier and a significant drop from 20 on Sept. 14.

Just one COVID-positive individual was admitted to an ICU (steady since Sept. 14).

WDGPH spokesperson Chuck Ferguson explained the new county death listed on the public health dashboard (a man over 80 years old who died in April) as well as two Guelph deaths (actually from 2021) were part of a “data cleanup” on the website.

Only two of the newly-reported deaths, one each from Guelph and Dufferin, actually occurred over the last week, said Ferguson.

As of Sept. 27, there is one active COVID-19 outbreak at the Elliott Community retirement home in Guelph, declared Sept. 18.