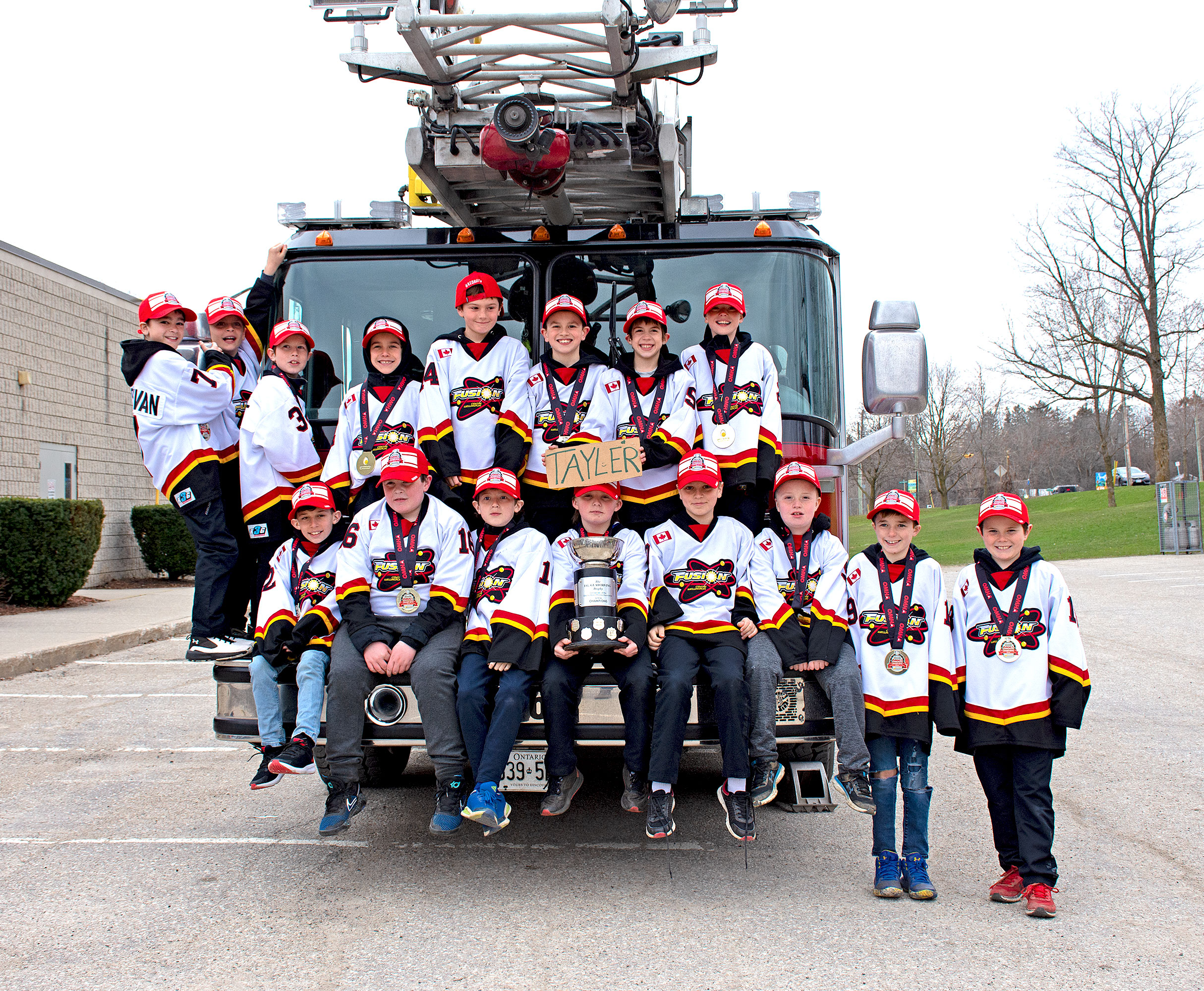 Successful season – Members of the Centre Wellington Fusion U10 A team posed with a township fire truck at the Elora and District Community Centre on April 16 to celebrate the end of a successful season. 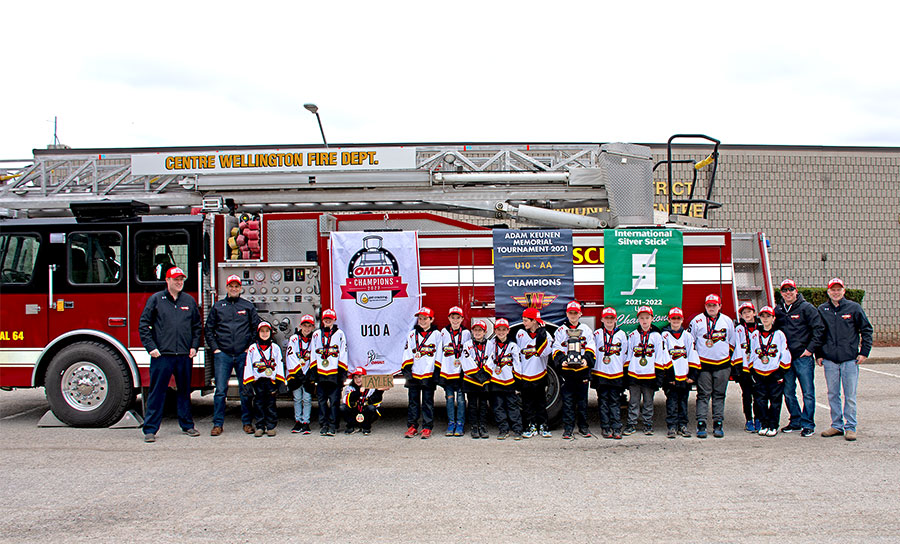