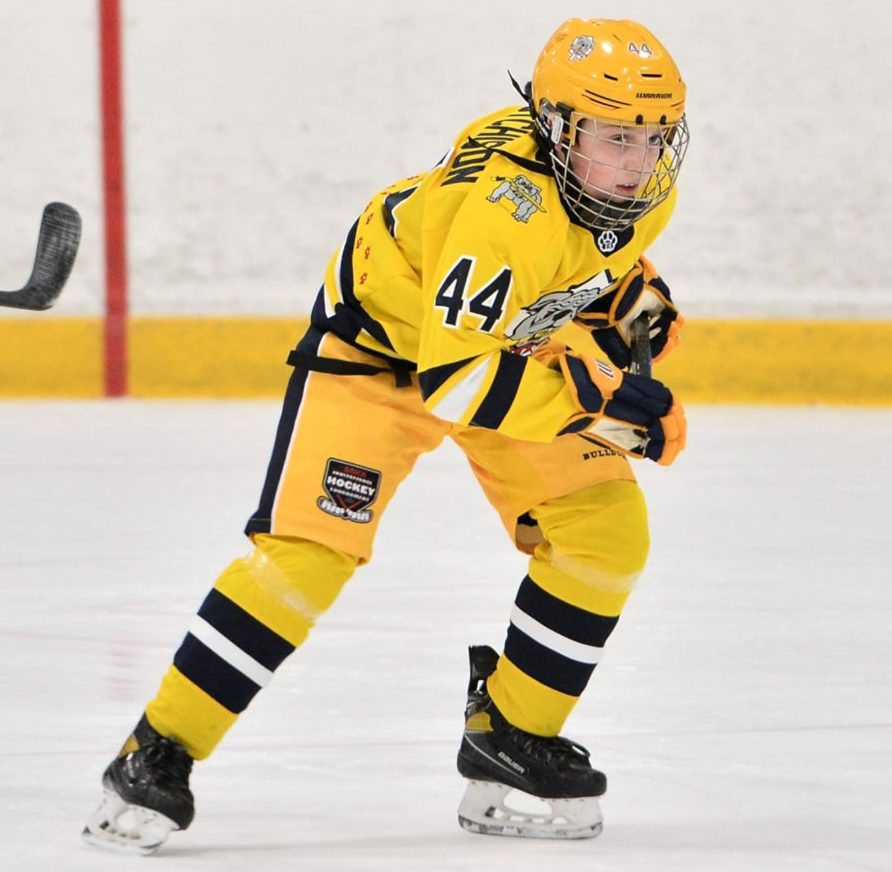 Arthur native Cohen Hutchison, 11, is in Edmonton to play with the Toronto Bulldogs in the Brick Invitational Hockey Tournament. Submitted photo

ARTHUR – Eleven-year-old Cohen Hutchison headed to Edmonton this week to play in a prestigious hockey tournament.

He was selected to play for the Toronto Bulldogs at the Brick Invitational Hockey Tournament in the born-in-2011 age bracket.

Cohen was actually selected to play last year but the tournament was cancelled due to COVID-19. So for the first time, the tournament will be hosting two age groups as it gets underway, June 29 to July 4.

“I love competitive hockey,” Cohen said in an interview earlier this month while en route to a hockey practice in Toronto with the Bulldogs.

“I love seeing my friends and making new friends.”

While other children were mastering walking at age two, Cohen was skating circles around them, said his father, Nick Hutchison. By three he was playing against five-year-olds in the Arthur league and by age eight had moved to a team in Guelph.

This past winter Cohen played for the U12 AAA Guelph Jr. Gryphons and finished in the top 10 in scoring in the South Central Triple-A league.

“He helped with scoring for the team, even though he was a year younger (than his teammates),” Nick said.

Cohen is also a great lacrosse player, although he’s given it up this year to focus on hockey.

He said his favourite hockey player is Toronto Maple Leaf centre Austin Matthews, who also played in the Brick Invitational when he was a kid, adding fuel to Cohen’s NHL dreams.

Each of the Toronto Bulldog players was hand-selected by the Lammachia family, which owns the team.

Cohen left for Edmonton on June 27 and after a practice on June 28, the Bulldog’s first game was set for 7:30am on June 29 against Connecticut.

Nick said the team is guaranteed five games and the top six teams advance to the playoff rounds.

The tournament will host 14 teams made up of the best 2011-born hockey players in North America, he added.

The games will be played at the West Edmonton Mall, but the tournament will be streamed at http://brickhockey.pointstreaksites.com/view/brickinvitational  for those who want to follow along.