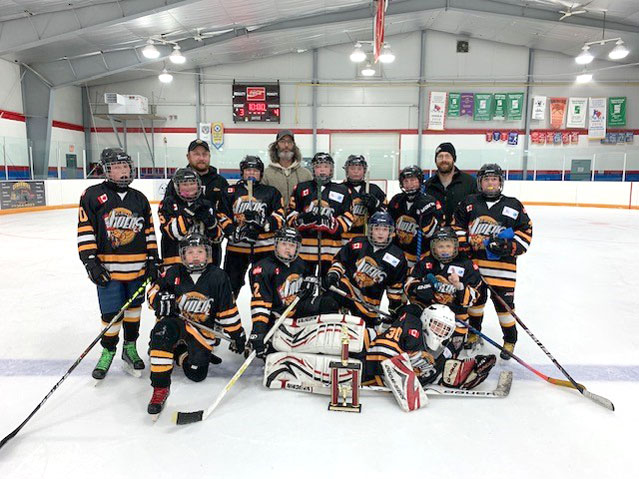 ARTHUR – The Arthur Vipers U13 team had a very successful Nov. 20-21 weekend winning a regular season game on Saturday 5-4 versus Kincardine and then going undefeated at a tournament in Durham on Sunday to win the top prize.

Coaches Travis Fowlie, James Twiss and Brad Hostrawser had the team well prepared and ready to go in all four games.

On Saturday Arthur led 5-3 only to let Kincardine get within one on a scramble in front of the net late in the third period. Goalie Joe Haramule went on to shut Kincardine out for the rest of the game even stopping a breakaway. Eight players contributed to the scoring in this great team event.

At the tournament in Durham, Arthur played Owen Sound and came away successful, 3-2 on goals from Johnny Haramule (2) and Nathan Wagner. Assists went to Khalla Fowlie (2), Johnny Haramule and Madden Hutchison.

Joe Haramule was selected player of the game. The next game pitted Arthur against Twin Centers with Arthur winning 4-1.

This win advanced Arthur to the championship game against Mount Forest, which they won 4-3.