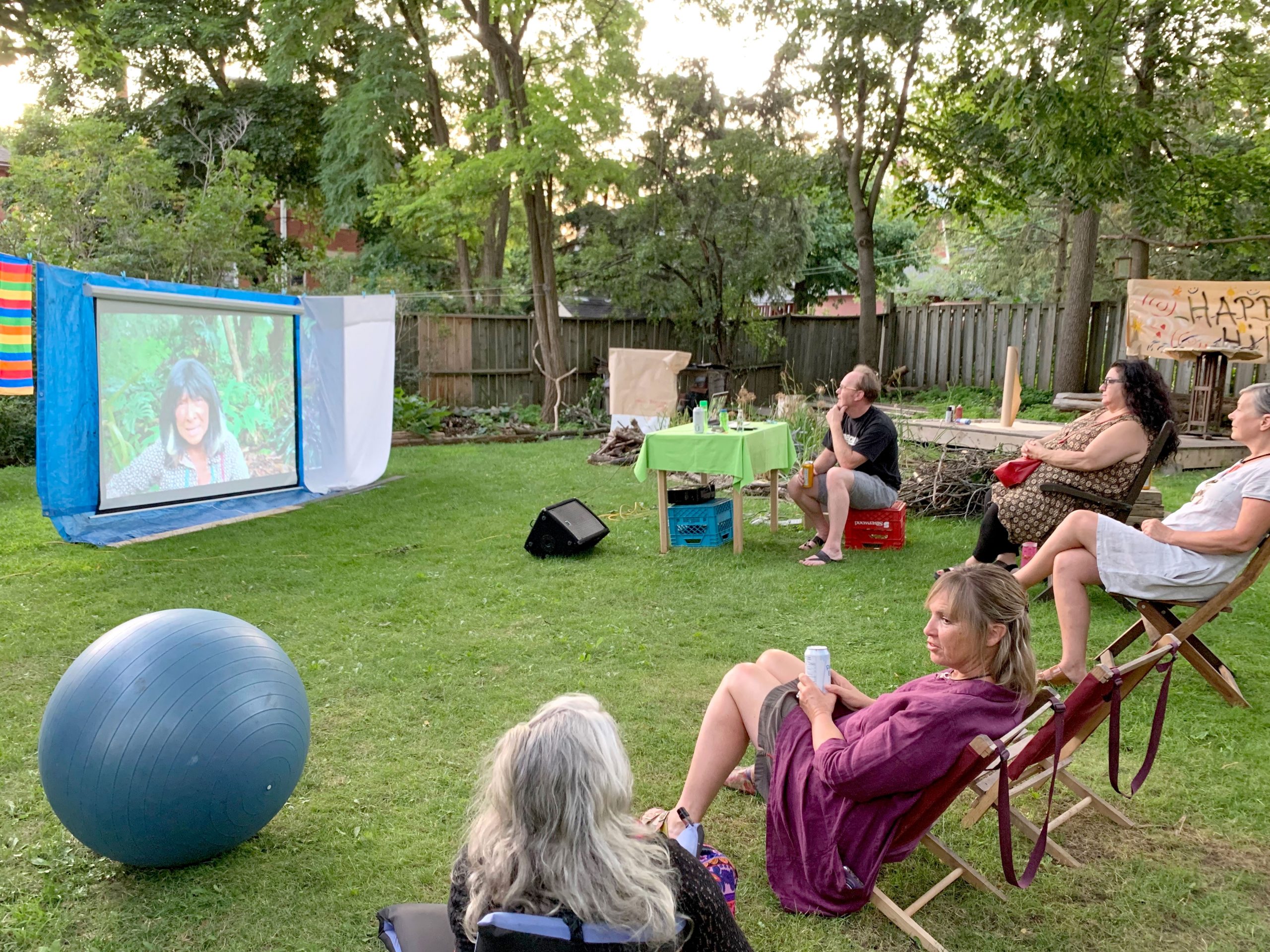 Hillside Homeside – The annual Hillside Festival will be presenting this year’s event virtually, marking its second year adjusting to the online format. Here, residents in the community watch the 2020 virtual event. Submitted photo

GUELPH – The 2021 Hillside Homeside festival is continuing to send music and good vibes to the community, from the comfort of their homes, as it welcomes another virtual event this year.

Due to pandemic protocols, the annual Hillside Festival will return for another virtual event, marking the second year the festival has had to adjust to an online format.

The online event will run July 23 to 25 and will be free to the public. All performances and activities will be accessible through the festival’s website, for the weekend of the 23 to 25 only.

Executive director Marie Zimmerman said since moving to the virtual event format, people in the community have found ways to be creative in making their own mini concert stages, creating their own festivals in their backyards.

“It’s not an in-person event so it doesn’t have all of the bells and whistles, the hugging and beautiful press of bodies and dancing and everything that you can have at a community festival,” she explained.

“But a lot of people have backyard parties and set up a screen and celebrate Hillside that way so we’re very lucky in that way that attendees are very creative.”

Zimmerman added the virtual event will have all the same components the community would normally see at the in-person festival.

The festival is also adding interviews, livestream performances and interactive features to this year’s event.

The virtual event will see five stages with artists on each stage. Each stage will have pre-recorded performances from the artists.

There will also be three live streams, one each day of the event in the evening. Times for the live stream will be posted on the website.

She added they’re also introducing a series titled Now and Then, where they will use footage from past festival performances and combine them with current interviews from the artists about the performance.

This is the festival’s third time running a virtual event. The 2020 Hillside Festival ran virtually due to the pandemic, and organizers also ran the winter Hillside Inside festival in February.

Zimmerman said the event turnout has increased since moving to the online format.

Tickets purchased in 2020 continue to remain valid for the 2022 festival, which Zimmerman noted they’re already in the process of planning.

“There’s tons in the works, because you’re always planning any festival one to three years in advance,” she explained. “So, we do have lots of plans and artists very excited about coming out to the island on Guelph Lake Conservation Area.”

Zimmerman said they’re working with public health officials and are currently looking at what the protocols are going to be next year, in addition to what health and safety will look like in the summer of 2022.

For updates on performances and workshops for this year’s event, and to access the event, visit https://hillsidefestival.ca.