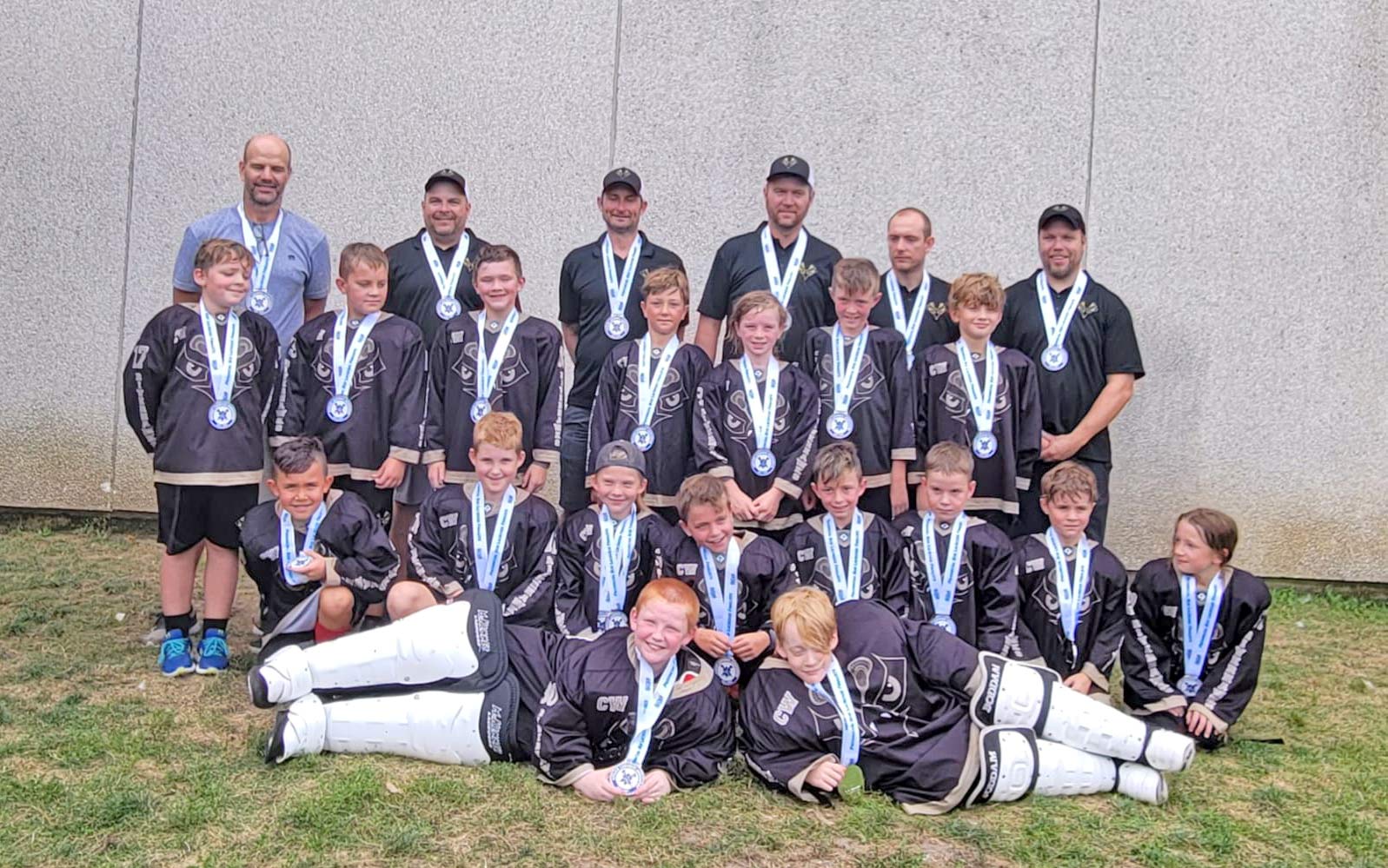 More silver – The U11-2 Centre Wellington Riverhawks team competed in the Ontario Lacrosse Festival and came home with a silver medal in the ‘D’ division. They were undefeated in round robin play and moved into the championship game against Guelph. They battled hard, but lost by a score of 6-5.