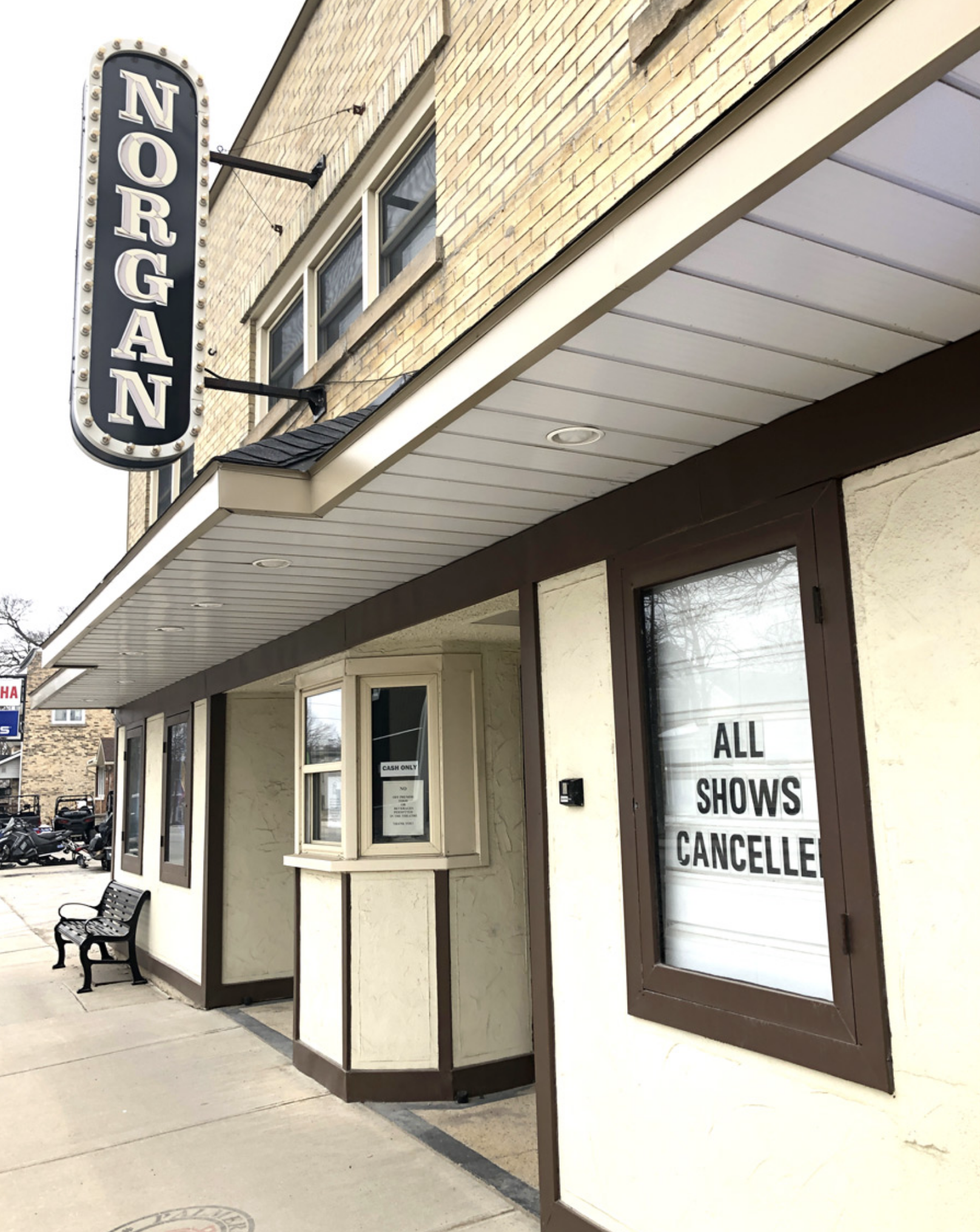 The Norgan Theatre in Palmerston will temporarily halt weekend film showings due to poor attendance resulting from a lack of new release films. The theatre reopened in July after closing in March (above) due to the first wave of the COVID-19 pandemic. Advertiser file photo

MINTO – The Norgan Theatre in Palmerston will temporarily halt weekend film showings due to poor attendance resulting from a lack of new-release films.

Initially closed along with other public buildings at the onset of the COVID-19 pandemic in mid-March, the municipally-owned, volunteer-run  theatre re-opened in mid-July after Wellington County was moved into stage three of the province’s re-opening plan.

“Given the content that’s available – there’s just not a lot out there – we’re looking at reopening in January,” Lubbers explained, adding the theatre remains open for private bookings.

Lubber also noted the Harriston Curling Club does not plan on having a season in Harriston.

“It sounds like they might pursue options in Palmerston. The Palmerston club there is going to have a season,” which will get underway in late October or early November, said Lubbers.

He added it is difficult to determine right now how much ice time will be used at arenas in Harriston and Palmerston, where ice has been installed.

“It’s hard right now. Some groups have indicated they want to have a season, but haven’t started yet,” Lubbers explained.

However, he noted, existing ice usage, which includes skating clubs and some minor hockey and high school hockey activity, does justify having two rinks available.

“It certainly warrants having two facilities open. We wouldn’t’ have been able to do this just in Palmerston,” he noted.

“Are we anticipating that we’re going to have to close our venues down?” asked councillor Jean Anderson.

“We just closed our office down. How far do we think we’re going there?”

“If we get pushed back into Stage Two, is that what you’re thinking?” asked Mayor George Bridge.

“We have zero active cases in Wellington right now (by Oct. 2 the number was two).

“I’m a little concerned about Dufferin and Guelph because they’re getting a bit of spillover from people that are in stage two.”

Bridge said local Medical Officer of Health Dr. Nicola Mercer is not looking to lock things back down.

“She is very adamant on trying to keep things open if possible,” said Bridge.

“So I think if everybody behaves themselves and does what they’re supposed to be doing and we can keep our numbers down, I think we’ll be all right.

“But I guess we’ll have to make that decision based on what happens with the province.”

Bridge added, “If Guelph spikes up and Dufferin spikes up, is Wellington going to be looked at differently? I don’t know.”

“Even if they do get the opportunity to play games, it’s going to be within a small bubble.

“Certainly you’re not going to see people coming to our arenas from an hour away like you used to in years gone by.”