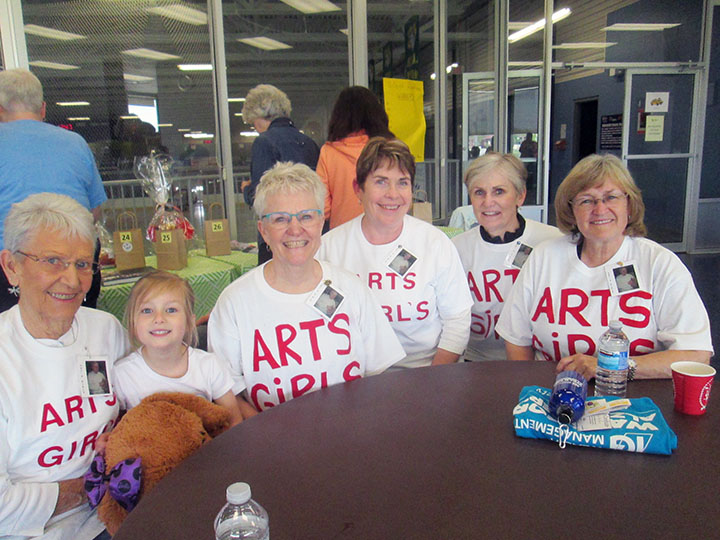 Fundraising walk – Chris Loucks, treasurer of the Waterloo-Wellington Alzheimer Society called the IG Wealth Management Walks for Alzheimer’s held May 26 at the indoor track at the Mount Forest Sports Complex “small but mighty.” The fundraiser has been held at least a dozen years in Mount Forest and numbers were up this year with close to 30 participants. Art’s Girls, with  photos of patriarch Art Morrison pinned to their t-shirts, have participated in all 12 walks, beginning the year he was admitted to a nursing home suffering from Alzheimer’s. From left are Art’s wife Muriel Morrison of Arthur, his granddaughter Brynn Mielke of Kitchener, daughter Betty Anne Duguid of Madoc, honourary daughter Debbie Alexander of Arthur and daughters Peggy Morrison of Cambridge and Nancy Palmateer of Wellesley. Photo by Lynne Turner