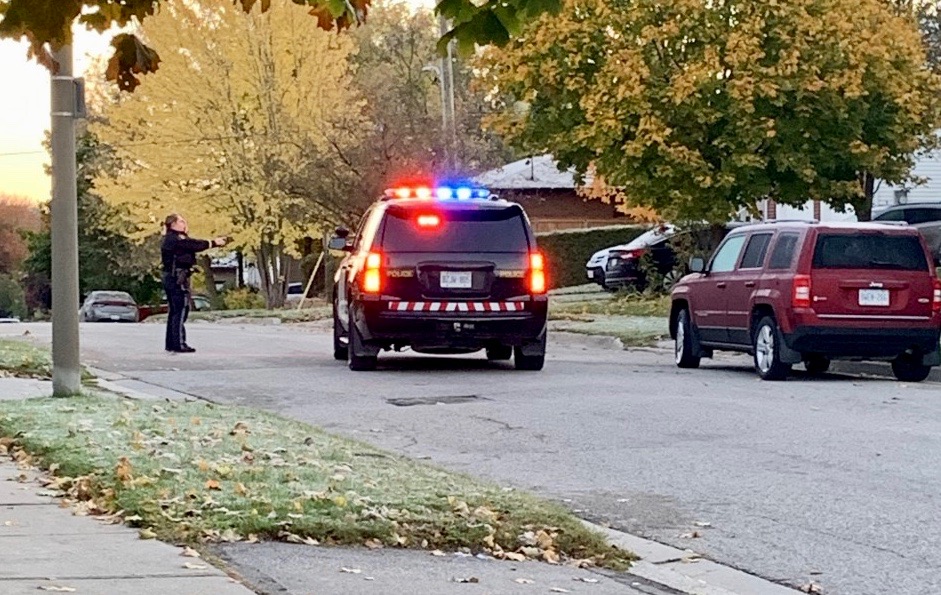 One person was seriously injured after a stabbing on Highland Road in Fergus early on Oct. 17. Submitted photo

FERGUS – One person is in police custody and another was sent to hospital with serious injuries after an incident early Saturday morning, but police are providing little information about what happened.

Wellington County OPP responded to a 911 call at a house on Highland Road in Fergus on Oct. 17 at about 7:40am.

“Upon arrival officers located one victim who appeared to be suffering from serious injuries and they were subsequently transported to a local hospital by Guelph-Wellington Paramedic Services,” police stated in a press release.

“One person was taken into police custody.”

A neighbour who witnessed the incident told the Advertiser the suspect exited the home with his hands up and complied with all police commands.

Police say OPP officers, joined by members of the Crime Unit and Forensic Identification Services, continue to investigate the incident.

“This is an isolated incident and no risk to public safety,” police stated, asking residents to avoid the area if possible.