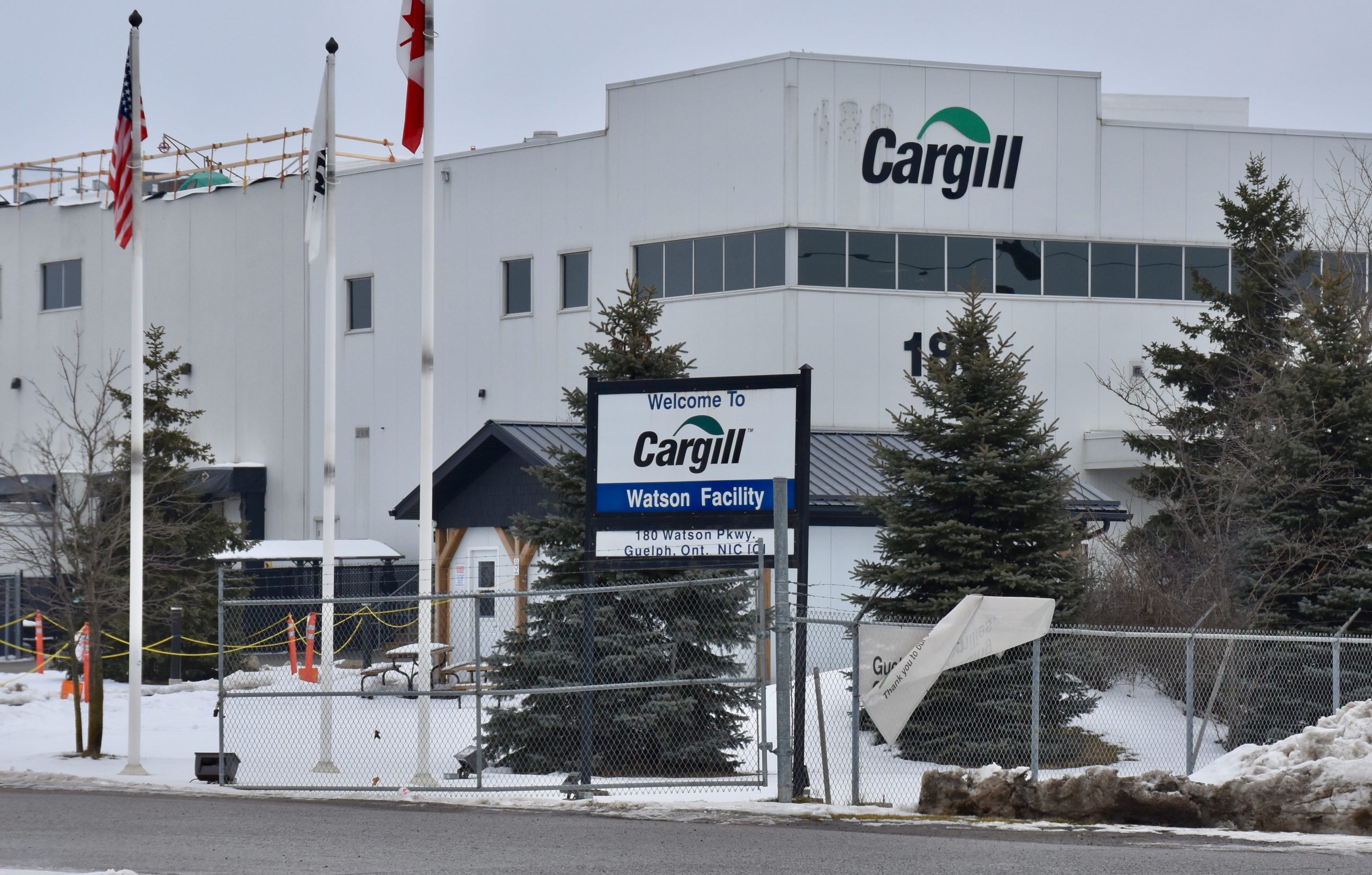 GUELPH – The Cargill Canada operation on Watson Parkway in Guelph was reporting 21 active cases of COVID-19 among its staff on Feb. 18.

The Watson facility went into outbreak Jan. 13 with five cases and the numbers have been climbing since.

Cargill has a second facility in Guelph on Dunlop Drive and an outbreak that began there on Dec. 17 eventually impacted over 80 employees.

The Dunlop facility closed that day and re-opened on Dec. 29 in a limited way. It resumed full operations on Jan. 2 and the outbreak was declared over later that month.

The facility saw a total 188 positive cases and one death – a 70-year-old bus driver employed by a company providing transportation services to Cargill’s Dunlop Drive facility.