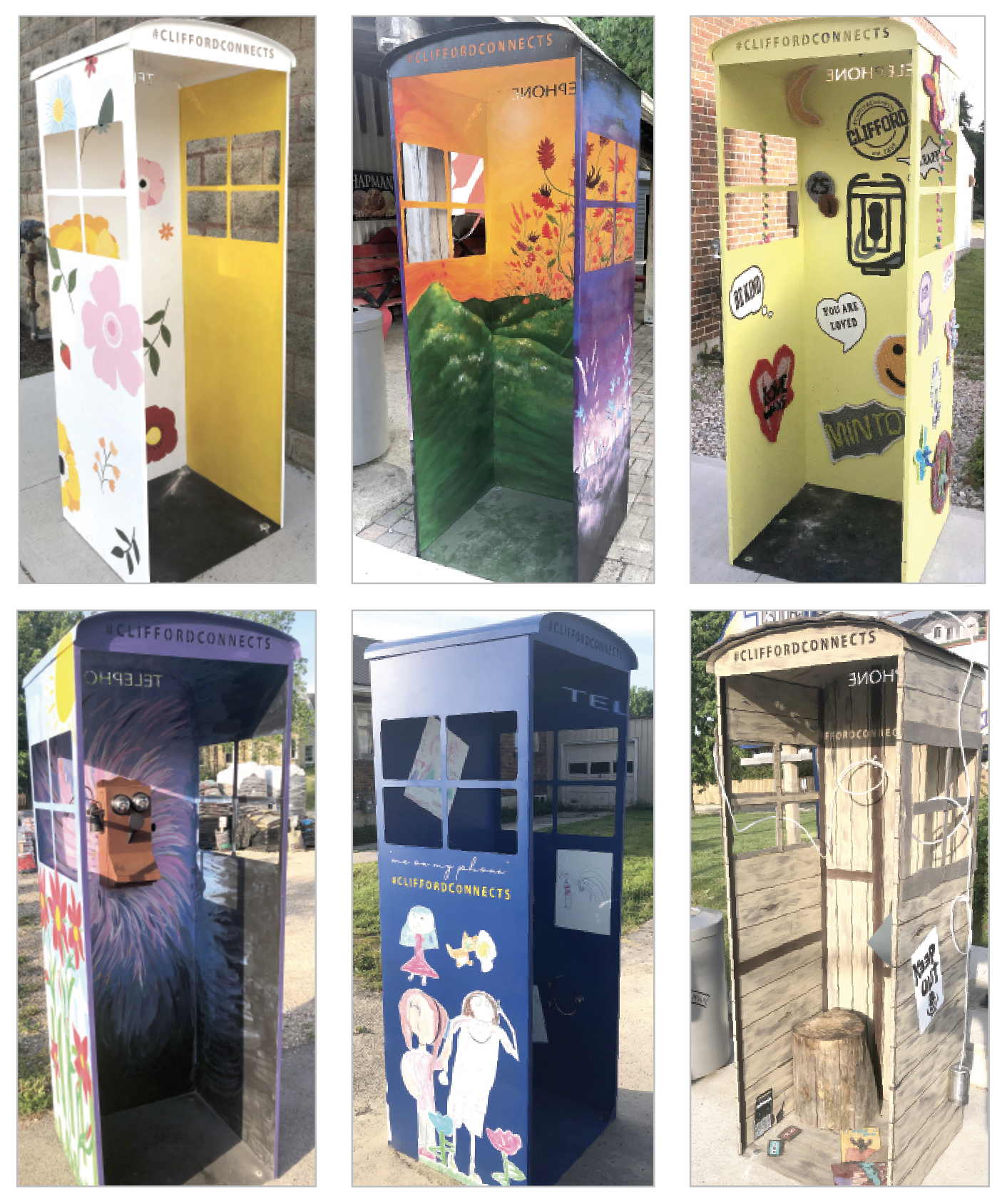 Voting is now open for residents and visitors to select their favourite in the latest public art project in the Town of Minto. “These Booths Were Made For Talking” celebrates the village of Clifford’s local telecommunications history. Photos by Patrick Raftis

CLIFFORD – The latest public art project in the Town of Minto has hit the streets and is definitely getting people talking.

The Clifford Connects Committee, in partnership with the Minto Cultural Roundtable, launched “These Booths Were Made For Talking” earlier this month and citizens and visitors can now vote for their favourites.

For the project, six local artists added their art and craftwork to a three-dimensional metal telephone booth-like structure to create unique works of art.

The base sculpture was created by Minto craftsman Andy Pridham of Weathered Design and Fabrication.

“These Booths Were Made for Talking” will be on display until  October.

To vote people can go to the Clifford Connects Facebook Page or Instagram account and vote for their favourite. Anyone not on social media can email their choice to hello@cliffordconnects.ca.

Voting goes until Sept. 25 and the winner will be announced on Sept. 26.

The project celebrates the local telephone and communications heritage of the village of Clifford, which is home to Wightman Telecom, an independent company with over 100 years of local telecommunications history.

Artists creating the six phone booths on display around Clifford’s downtown core are:

This is Minto’s third public art project. In 2018 Cool Cones were dished out around Harriston in time for a reunion of staff from the former Canada Packer’s (York Ice Cream) plant.

Last summer, Trendy Trains were rolled out in streets of Palmerston to recognize that community’s railway heritage.