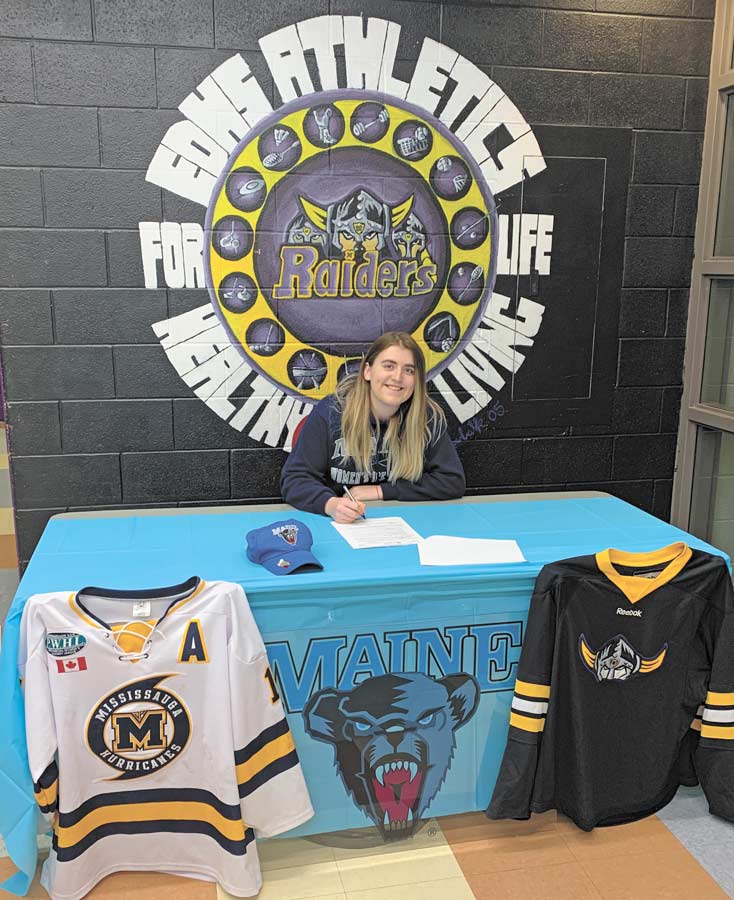 Black Bears scholarship - Erin District High School hockey player Morgan Sadler has accepted a four-year scholarship from the University of Maine and will be joining its Black Bears team next September.
Submitted photo

ERIN – Morgan Sadler has a huge opportunity to advance her hockey career with a four-year scholarship at the University of Maine.

She recently accepted the offer that includes tuition, and the costs of living on campus and playing for the Black Bears collegiate team.

The high-scoring winger started playing hockey at the age of 3 in Erin and has played for the Raiders at Erin District High School (EDHS) and the Mississauga Hurricanes, one of the best Intermediate AA teams in the PWHL (Provincial Women’s Hockey League).

“It’s pretty exciting,” said Sadler, who is completing her final year at EDHS and plans to enter a business program at Maine.

She was scouted by the university and was impressed with its program when she visited the campus.

She thanked the coaches who have helped in her development, but especially credits family members for their support.

“They have been there for me the whole way,” she said.

Looking beyond university, she hopes to play in a women’s professional hockey league.

She also plans to train as a volunteer firefighter.