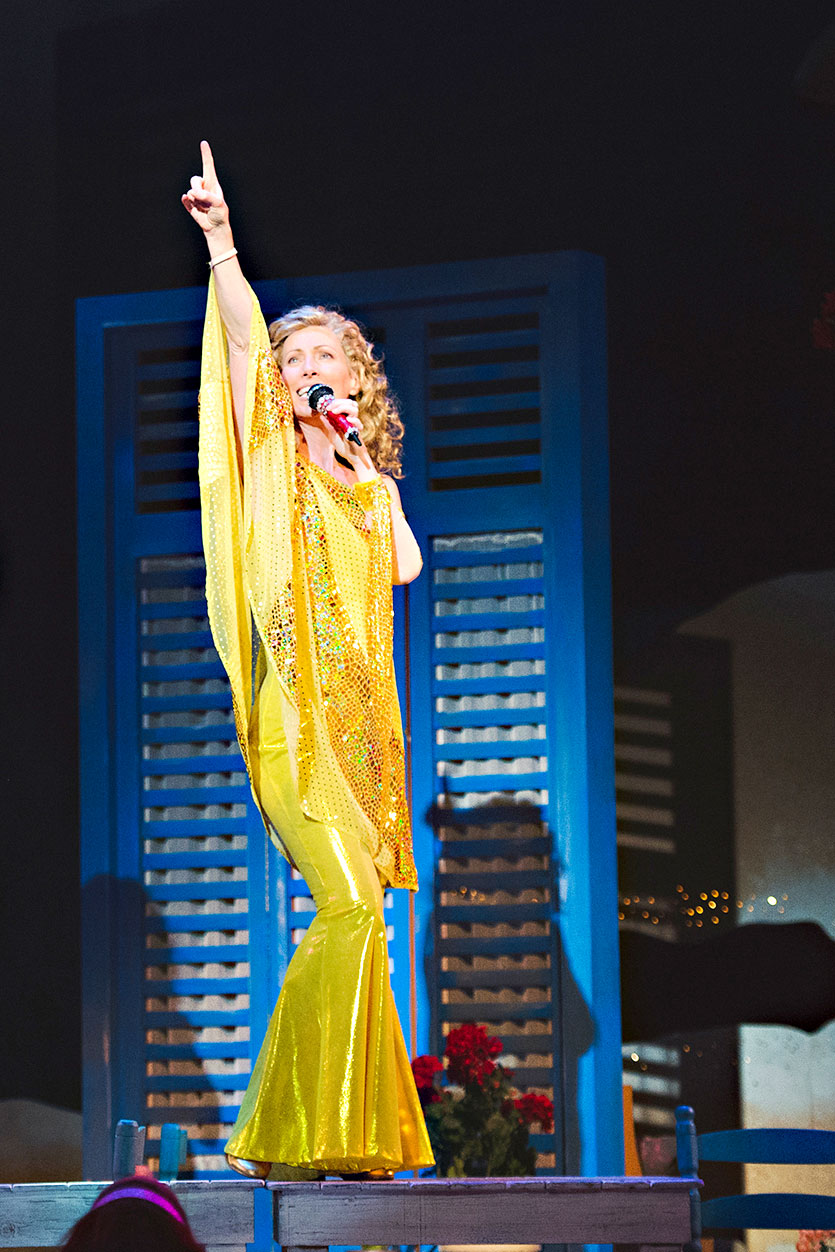 ST. JACOBS – Feel the beat of the tambourine and get ready for an ABBA-solutely fabulous theatre experience, Mamma Mia!.

The hit musical featuring the chart-topping catalogue of Swedish supergroup ABBA, will be on stage beginning June 15 at the St. Jacobs Country Playhouse.

The initial four-week run is almost sold out, so the production has been extended by popular demand – it will now run for an additional week until July 16 with eight new performances added to the schedule.

All new performances will be at full capacity.

“Mamma Mia! is one of the most successful musicals of all time,” said Alex Mustakas, artistic director of Drayton Entertainment.

“The show exudes fun – and we all need a little more joy in our lives right now.

“We are thrilled that people are so excited to see the show – it’s wonderful to have such a demand for tickets that we are adding performances before the run even starts.”

Mamma Mia! tells the story of Donna, an independent, single mother on an idyllic Greek island who is preparing for her daughter Sophie’s wedding. The guest list includes two lifelong girlfriends from her one-time band, Donna and the Dynamos … but Sophie has secretly invited three guests of her own.

On a quest to find the identity of her father to walk her down the aisle, Sophie has arranged for three men from Donna’s past to make a trip to paradise, where over the next 24 hectic hours, new love will bloom and old romances will be rekindled on an island full of possibilities.

Mamma Mia! is a celebration of mothers and daughters, old friends and new family. In addition to the iconic title song, the show includes ABBA’s hits Dancing Queen, The Winner Takes It All, Lay All Your Love on Me, Money, Money, Money, Knowing Me, Knowing You, SOS and Take a Chance on Me.

This upbeat, feel-good musical is brought to life on stage by director and choreographer David Connolly, whose résumé includes work on major musicals like First Wives Club in Chicago and many Drayton Entertainment productions.

Mamma Mia! is packed with star power, including Blythe Wilson as Donna Sheridan, the role made famous by Meryl Streep in the film version.

AJ Bridel will play Donna’s plucky daughter and the bride-to-be, Sophie. This production will be a homecoming for Bridel, who was raised in Kitchener.

The original West End production of Mamma Mia! opened 23 years ago. The show closed in March 2020 due to the COVID-19 pandemic, and reopened at the Novello Theatre in August of 2021 where it is still running.

The Broadway production closed in September of 2015 after 5,773 performances, and the international tour has visited more than 74 cities in 35 countries.

The feature film adaptation was a major blockbuster grossing over $600 million worldwide and was followed by a successful sequel called Mamma Mia! Here We Go Again.

Don’t miss your chance to dance, jive, and have the time of your life! Mamma Mia! is on stage beginning June 15 and extended to July 16 at the St. Jacobs Country Playhouse.

With the run over 95% sold out already, patrons should get tickets quickly to avoid disappointment.

Regular performance tickets are $53 for adults, $32 for youth under 20 years of age and $43 for groups of 20 or more and select Discount Dates. HST is applicable to all ticket prices.