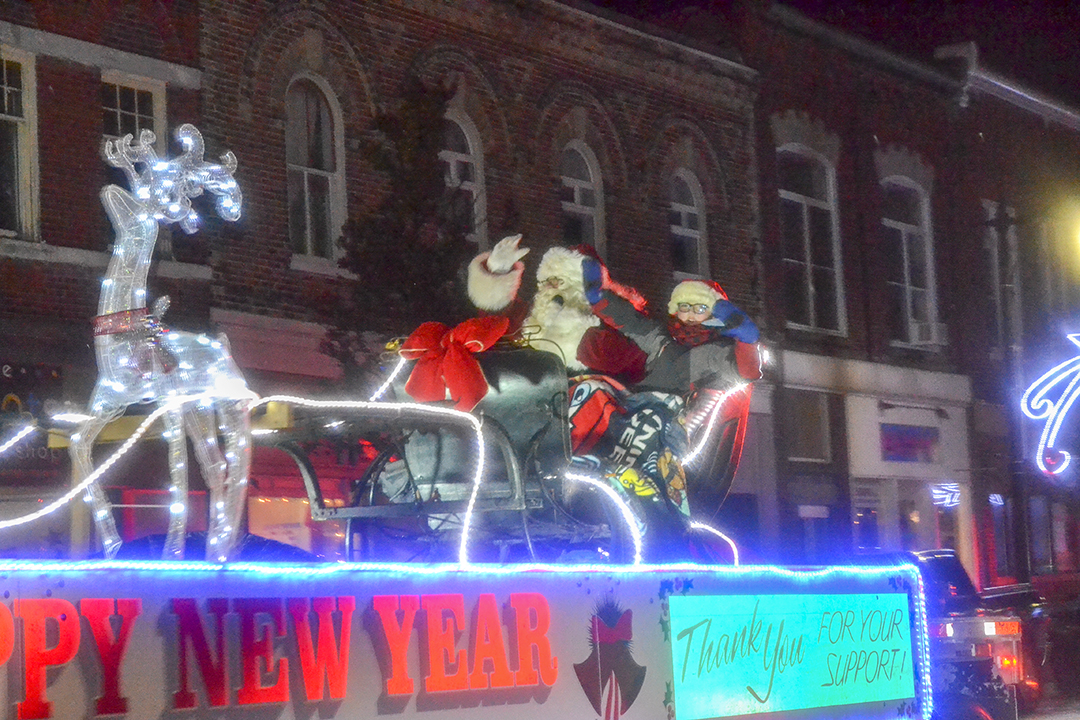 Participants are asked to line up at the Ashland Transport lot beside the Palmerston fire hall at 6pm. The parade will begin at 7pm and travel west on King Street, then north on Lowe Street to Main Street. The route will continue east on Main Street to Brunswick Street, ending at the Frank Lambier Legion.

Prizes will be offered for best commercial and non-commercial floats, best overall float and best walkers.

Palmerston Kinettes will be collecting non-perishable food items for the local food bank along the parade route.

After the parade youngsters can meet Santa and receive candy at the Legion.

Donations toward the cost of the parade will be accepted by any firefighter.